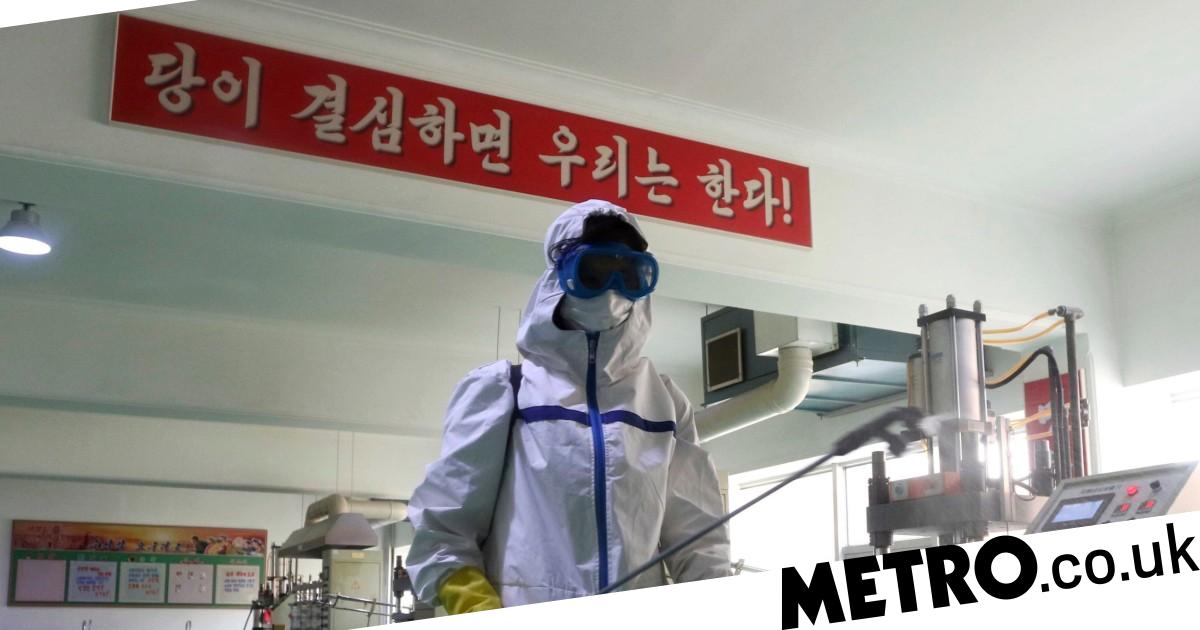 At least 800 families are suffering from an outbreak of a mysterious illness in North Korea, it has emerged.

The secretive regime has so far only described the condition as an ‘acute enteric epidemic’ – but South Korean officials believe it may in fact be cholera or typhoid.

It comes as officials from Kim Jong-un’s government admitted that around 19,000 new cases of Covid-19 had separately been detected in the country, with the pandemic ripping through a largely unvaccinated population.

Medical crews and epidemiological investigators have been dispatched to the province battling the intestinal disease, according to state media reports on Sunday.

At least 800 families are said to have received aid in South Hwanghae Province so far.

The illnesses are caused by germs from contaminated food or water – or contact with the poo of infected people – and such ailments occur routinely in the country, since it lacks good water treatment facilities.

But so far North Korean officials have not specified what it is – leading to speculation that the regime may be using a not-unusual outbreak to bolster Kim’s image by offering help.

Kim claims to have donated his private medicines to those stricken by the disease.

But the new outbreak, which was only officially acknowledged last Thursday, will be putting further strain on the isolated country’s struggling health service and economy.

North Korea is battling chronic food shortages and a wave of Covid-19.

Overall, more than 4.6 million have shown fever symptoms since an outbreak was first acknowledged in mid-May.

At a recent party conference, Kim claimed the current Covid situation in the country has passed the stage of ‘serious crisis’.

On Sunday, state news agency KCNA detailed prevention efforts, including quarantines, ‘intensive screening for all residents,’ and special treatment and monitoring of vulnerable people such as children and the elderly.

A national ‘Rapid Diagnosis and Treatment Team’ is working with local health officials, and measures are being taken to ensure that farming is not disrupted in the key agricultural area, KCNA said.

Disinfection work is being carried out, including of sewage and other waste, to ensure the safety of drinking and household water, the report said.

Public healthcare infrastructure has remained largely broken in North Korea since the mid-1990s.

Meanwhile, there have been escalating tensions with South Korea, the US and Japan with a series of military exercises from both sides and fears that the North could be set to launch a nuclear test.