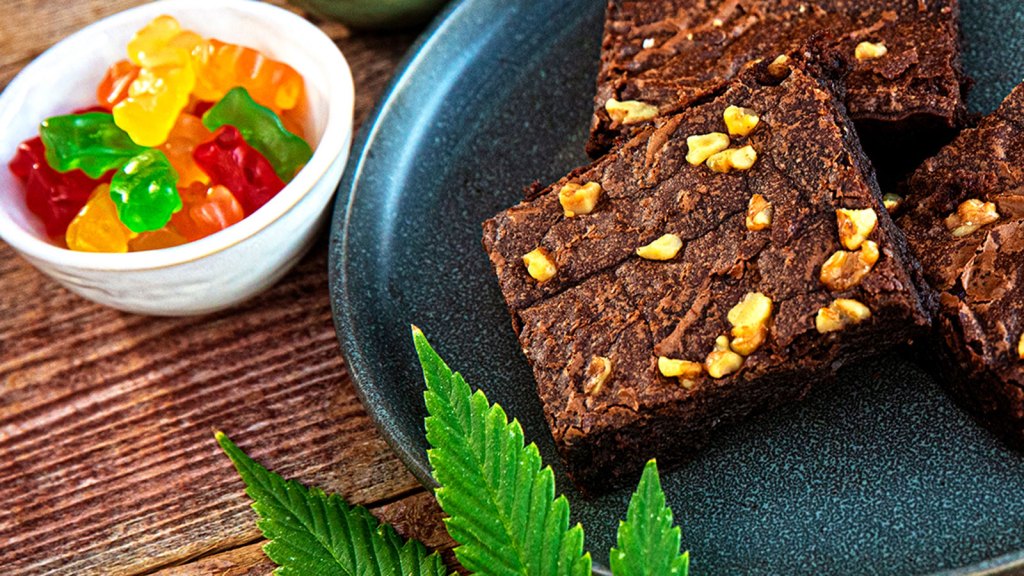 In just five years, the number of small children in the US exposed to cannabis after accidentally eating an edible rose 1,375%, a new study says.

There were more than 7,040 exposures to edible cannabis in kids under 6 between 2017 and 2021, according to an analysis of records from the National Poison Data System, a central repository for data from America’s Poison Centers.

In 2020 alone, young kids’ accidental exposures to cannabis accounted for more than 40% of all human poison exposure calls to these centers, according to the study, published Tuesday in the journal Pediatrics.

“Honestly, we knew it was increasing. I work in the [emergency department] as well as taking calls for the poison center, and so even though I was seeing more cases coming through the ER, when we looked at the data nationwide, we were definitely surprised,” said study co-author Dr. Antonia Nemanich, who works in emergency medicine and medical toxicology at Rush Emergency Medicine in Chicago.

The researchers couldn’t get at exactly why there was such a significant increase, but Nemanich thinks it is “multifactoral.”

“There was a particular spike during the pandemic years,” she said, when children were home more often.

A 2022 study showed that people in US states that legalized recreational cannabis use it 20% more frequently than in states that didn’t legalize it.

In 2017, just eight states and the District of Columbia allowed recreational cannabis use, and 30 allowed it for medicinal purposes. By 2021, those numbers had grown significantly to 19 and 40, respectively.

With increased legalization, there may also be more products available overall.

“I think all of that plays into this, and the regulations haven’t kept pace with the increased prevalence of the product,” Nemanich said.

Many edibles come in the form of candies, cookies, brownies and chocolates, products that can have a strong toddler appeal.

Research has found that the packaging of some edible products, especially those available on the black market, looks nearly identical to the real thing. There are knockoff Doritos, Cheetos, Nerds Rope and Gushers candy, for example. Large food companies have sued many of the companies selling these products, but they’re still available.

Even if the packaging warns that the product contains cannabis or THC, it’s often in small print, and many young children can’t read in the first place.

A child’s exposure to cannabis can have serious consequences. They can become very sick and have problems walking, sitting or breathing, according to the US Centers for Disease Control and Prevention.

Many of the outcomes in the study were unclear, but in nearly a quarter of the cases, the toddlers were admitted to the hospital. There was a significant increase in both intensive care and non-intensive care admissions.

That could be for a few reasons. Kids weigh less than adults, so a drug’s impact can be much more toxic. Additionally, packages usually come with more than one edible in them; adults know to stop after eating just one, but children don’t, the study said.

There was also an increase in the severity of toxicity in the pandemic years, compared with before, the study found.

“It is important for providers to be aware of this in their practice and it presents an important opportunity for education and prevention,” the study says.

The CDC recommends that people keep all weed products out of the reach of children in childproof containers.

The American College of Medical Toxicology has urged the industry to change its packaging so kids don’t get so easily confused and can’t open the packages as easily. The association also suggests that people should not use cannabis products in front of children.

“My stance is that it is not a problem that these products are legalized, but the problem is that they’re not packaged the way drugs or medications are packaged. We have a lot of safeguards in place for that,” she said. “They’re marketed as if they’re just any other tasty treat.”

She hopes the study will spur change.

“We wanted to catch this population of kids that are getting into this stuff unintentionally,” Nemanich said. “We know they’re not seeking it out as a mind-altering substance. We knew subjectively they were at high risk because we’d see a lot of exposures in the ER, and they’re very likely to just put something in their mouth that looks tasty.”