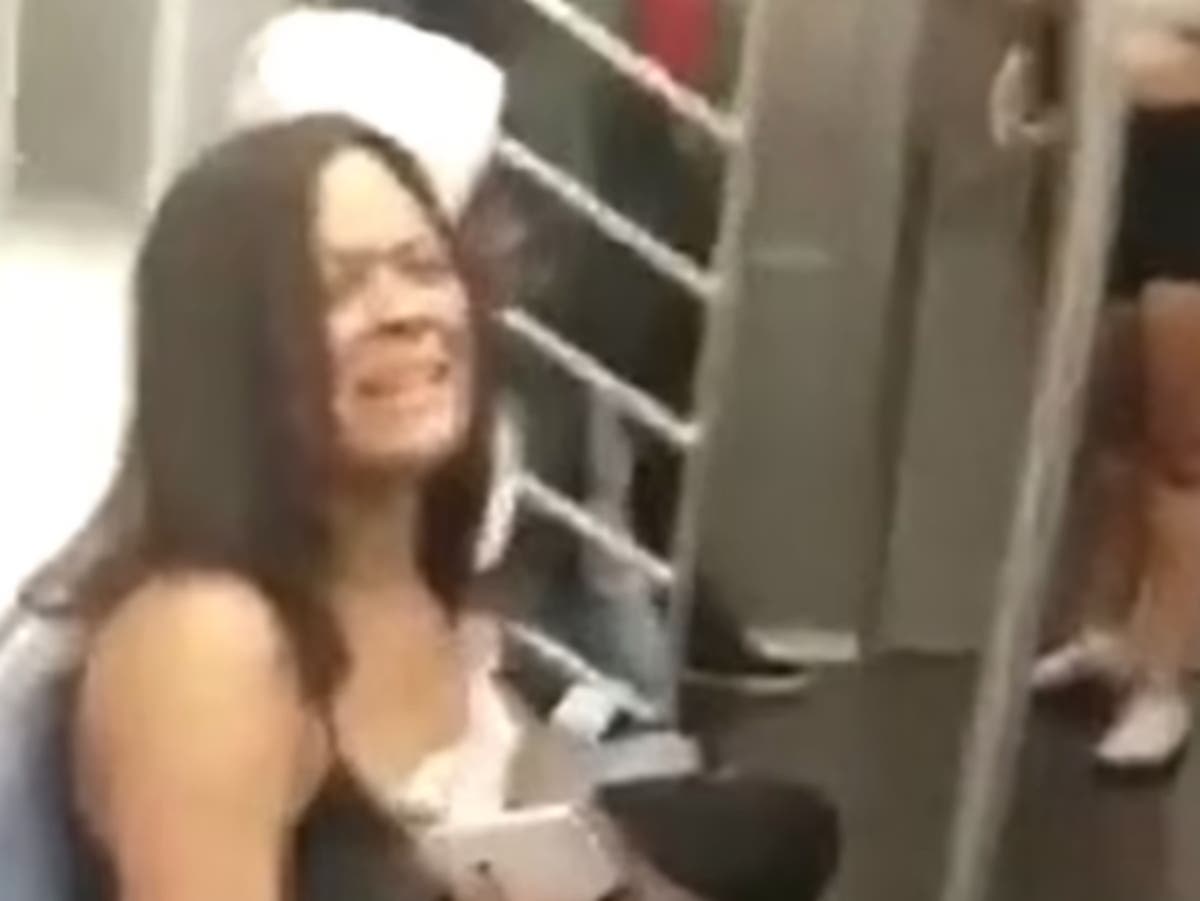 A video has emerged of a woman on the New York City subway pleading for help as a man assaults her while other riders ignore her.

The video first began spreading on Wednesday after The Daily Dot published a story about the incident. In the footage, a man in a white hoodie stalks through a subway car screaming expletives and sits down in a seat.

The other passengers near the man slide away after he sits down. One woman, who the man sat directly next to, tries to leave, but he reaches up and grabs her hair and yanks her back down into the seat next to him.

The woman immediately appears distraught and begins begging others to help her, crying out for “help.”

A few moments pass before the man screams at the woman to “get up” and shoves her to another part of the train. He then walks away and continues screaming and moving erratically through the cabin.

At one point, the man steps onto a seat inside the car and kicks in the window of the train while it is still in motion.

When the train stopped, the man exited and disappeared into a crowd of people.

The New York Police Department issued a statement saying it was aware of the attack and that it was investigating the situation, but noted no formal reports had been filed.

This is one of several violent incidents to occur on or in the city’s subway systems over the last several months.

On Sunday, 22 May, someone shot a 48-year-old Goldman Sachs employee in his chest on his way to a lunch in what is believed to have been an unprovoked shooting. The man, Daniel Enriquez, died from his wounds.

A suspect in the case, Andrew Abdullah, was later arrested, arraigned, and is currently being held without bail.

A month prior, a man named Frank James allegedly shot 10 people on a Brooklyn subway train. No one was killed in that attack.

Mr James has since been charged with carrying out a terror attack against a mass transit system and discharging a firearm during a crime of violence.

Ridership on the city’s subways has been slow to rebound post-pandemic — only 65 per cent of the subway’s pre-pandemic ridership has returned — and the recent spate of violence is not helping the transit system’s recovery.

Mayor Eric Adams addressed the issue this month during a press conference shortly after the murder of Mr Enriquez.

“The call is to come back to work, and the subway system being safe is a major driver to doing that,” Mr Adams said. “When you have an incident like this, it sends a chilling impact. There’s no getting around that.”