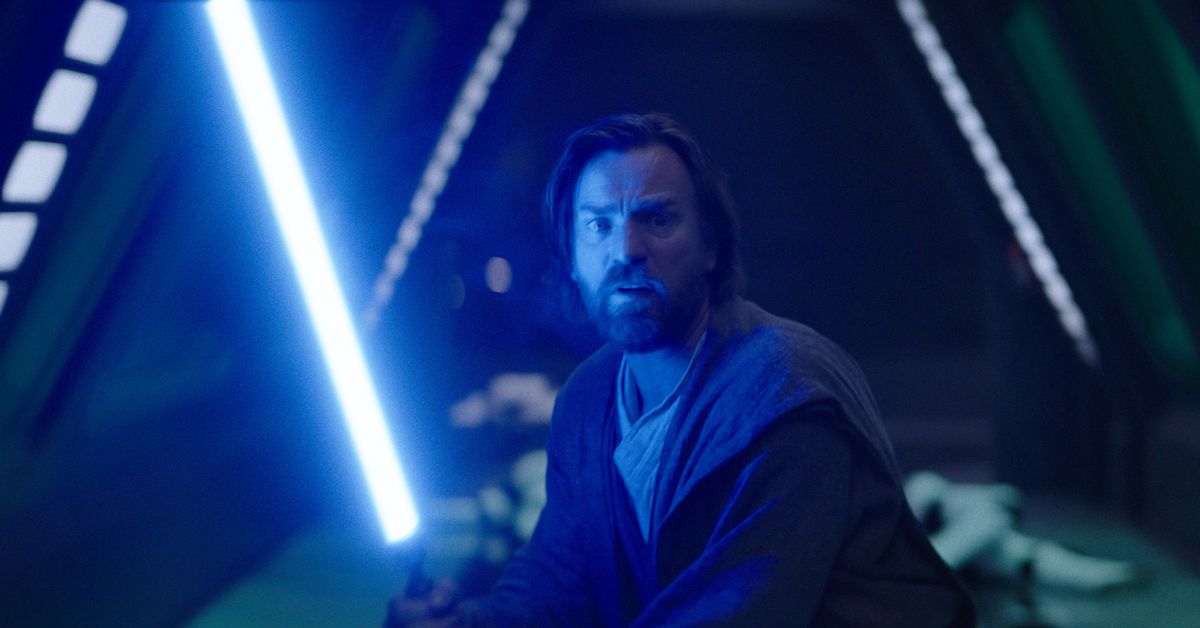 Given its placement in the Star Wars timeline, sitting snugly between the end of the prequel trilogy and the beginning of A New Hope, there are certain things that Obi-Wan Kenobi simply can’t do. At its core, the Disney Plus series is a slowly simmering battle between its titular lead and his former protege, Darth Vader. But, no matter how epic the lightsaber battles might be, we know neither of them can really die. The same goes for cute little Princess Leia every time she makes a daring escape with Obi-Wan’s help.

And that’s part of what makes the six-episode series, which just wrapped up its finale, so impressive. Even with so much already known and many of the characters so thoroughly analyzed and explored, it manages to keep the stakes and the tension high. Obviously, Obi-Wan makes it through the show alive — but watching him do that makes for some of the best Star Wars in a long time. Even when the stakes aren’t life and death (for everyone), the emotional confrontations between these friends turned enemies can be just as satisfying as a well-choreographed lightsaber duel.

This review contains spoilers for all six episodes of Obi-Wan Kenobi. For our review of the initial two episodes, go here.

As the title implies, Obi-Wan Kenobi is centered around the Jedi Knight played by Ewan McGregor. At the outset, he’s living as a hermit on Tatooine, hiding himself and his Force powers from the Empire, which is still intent on eradicating every remaining Jedi from the galaxy. He’s also making sure to keep one eye on Luke Skywalker from afar — in a way that’s only slightly creepy. But, like a retired criminal, he’s pulled in for one last job after Princess Leia (Vivien Lyra Blair) is kidnapped. Her parents, wanting to be discreet, enlist Obi-Wan to bring her back to safety.

From there, the show expands to be about more than just Obi-Wan as an individual, focusing on his relationships with pivotal characters in the Star Wars universe. There’s Leia, who slowly shifts from reckless child to the force (no pun intended) we know her as as an adult, in part due to Obi-Wan’s guidance. Over the course of six episodes, Obi-Wan changes, too, and steadily becomes himself again, not only in terms of resuscitating his Jedi powers but also the compassion that is so core to his character. And he does all of this with a young and impressionable Leia watching him — her fiery personality helping to pull him out of his shell.

Obi-Wan pulls in a few new threads as well. Reva (Moses Ingram) starts out as the big bad, a merciless hunter who is entirely fixated on Obi-Wan. And she makes a great classic Star Wars villain, one who is initially bereft of conscience but ultimately becomes sympathetic — even if her origin was very obviously telegraphed from the opening moments of the show. Plus, she has an extremely cool lightsaber. Most of the other new characters are largely background material, though they’re occasionally still entertaining, like Kumail Nanjiani’s take on a con artist pretending to be a Jedi.

But the most obvious focal point is between Obi-Wan and Darth Vader (played variously by Hayden Christensen and James Earl Jones, both reprising the role). Their fallout is the entire crux of the show. Leia is captured in an attempt to lure Obi-Wan out of hiding so that an inquisitor, Reva — part of a small group of fearsome Jedi-hunting elite commanders — can get into Vader’s good graces. Vader, meanwhile, has clearly never gotten over the events of Revenge of the Sith, which, to be fair, left him burned to the point that he needs a complicated robot suit to function. Both Obi-Wan and Vader seem to dream about nothing but each other, the events of the prequel trilogy haunting their sleepless nights.

For six episodes, the show slowly builds up to that ultimate confrontation between Vader and Kenobi. It spends much of that time showing Obi-Wan reacquainting himself with the Force while also reestablishing just how terrifying Vader can be. While many of the Force users in the show are adept (or straight up struggling like Obi-Wan), Vader has a raw power that is clearly unmatched. There are scenes when he drags victims behind him just to scare people and a moment when he manages to stop a large freighter ship mid-takeoff using only the Force. This is Vader at the height of his powers — and a reminder of why the galaxy is so terrified of him. And even with some of the tension removed because of the fact we know they both will live, it still manages to be an incredible moment — and absolute classic lightsaber duel — when the two finally face off in the finale. (In fact, Obi-Wan features a handful of great one-on-one action sequences, most of which involve Vader and his laser sword.)

There’s still plenty of Star Wars silliness in Obi-Wan. Most of the big surprise reveals are easy to predict, the flashback sequences are very on the nose, and the Force remains a mysterious, uh, force that seems to bend to the will of the show’s writers as much as it does the Jedi and Sith. Characters also occasionally make baffling choices; Obi-Wan would’ve been a very different show if people actually took a moment to ensure their victims were dead instead of just walking away. It never gets too egregious, but you’ll have to suspend your disbelief a few times in this show about space wizards.

With its slate of upcoming books, shows, and movies, Disney is intent on once again filling in every little gap in the Star Wars timeline. (RIP expanded universe.) So far, the results have been mixed. Despite what my Kenner action figure might’ve predicted when I was 12, Boba Fett’s interior life is not all that captivating. He’s more interesting as a mystery. But for Obi-Wan, a character who’s integral to this universe and yet so often plays a supporting role, it makes a lot of sense to dig into this key part of his story, one that also helped shape the motivations of characters like Leia and Vader. It helps that Obi-Wan does a lot of classic Star Wars things really well — cool lightsaber battles; menacing villains; a beautiful, lived-in world — in addition to telling an interesting story.

So, even though you know how things will end, the show manages to make the road to that conclusion a necessary part of the Star Wars mythos — one that reminds you how fun this universe can be.

All six episodes of Obi-Wan Kenobi are streaming on Disney Plus now.

The hottest interior trends for summer 2022, according to an expert