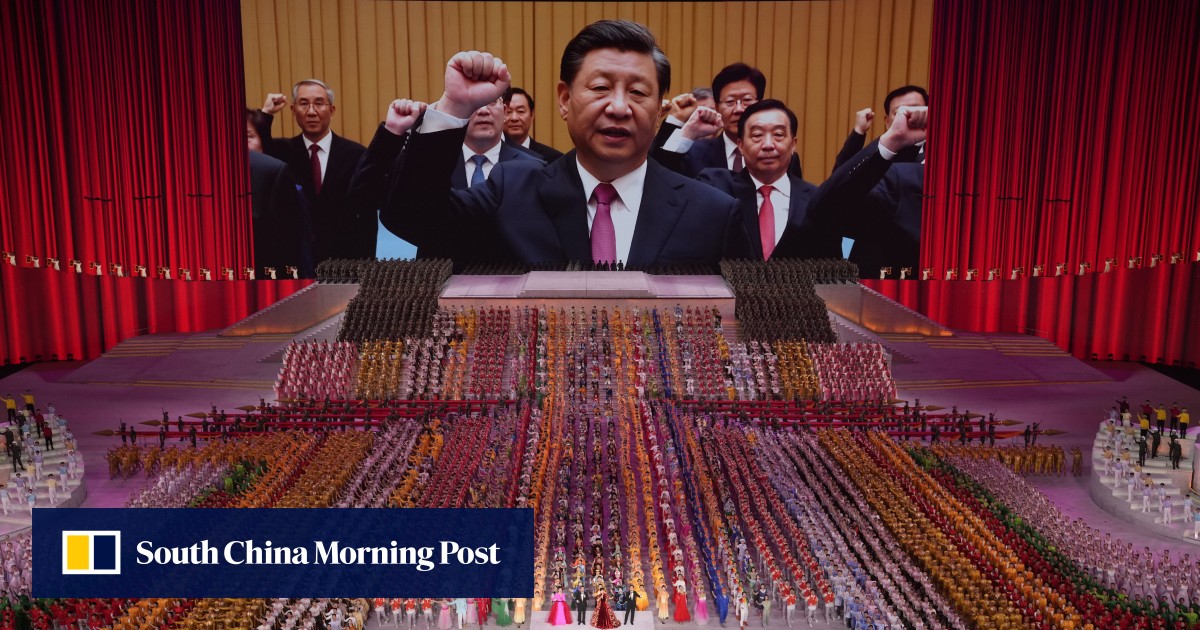 Regional chiefs are a major talent pool from which the party picks its top leaders and many of those who recently threw their lot in with Xi are considered front runners to join the 25-strong Politburo, the party’s decision-making body.

Five years ago, similar admiration from senior officials was accorded Xi in the run-up to and during the 19th Party Congress, which took place in October 2017.

But such praise did not always guarantee a promotion, or even absolute protection. Among the commendations, Liu Shiyu, chairman of the China Securities Regulatory Commission, said Xi “saved the party, saved the military and saved the country”. But Liu was the subject of a corruption probe in 2019 and later demoted.

This year, with the date of the 20th Party Congress yet to be announced and Xi likely to secure an unprecedented third term as the party’s boss, waves of praise have already started.

Li Ganjie, party secretary of Shandong province, had an article published on the front page of Study Times on May 30 in which he applauded Xi for “taking the helm” and praised Xi’s instructions as a “compass”, “golden key” and “fulcrum”.

Ma Xingrui, the party secretary of Xinjiang, called for a “complete and accurate” implementation of Xi’s Xinjiang strategies in his Study Times article in May.

As part of preparations for the 20th Party Congress in autumn, provincial party congress meetings are under way across the country to confirm their own delegations to the party congress. The provincial process is set to end by late June, with few constituency groups, including Shanghai, still to wrap up.

These provincial party congresses are important occasions to pledge support.

Li Hongzhong, party secretary of Tianjin, called on cadres in his report to the Tianjin party congress on June 17 to love Xi “emotionally” as well as following his instructions.

Li Xi, party secretary of Guangdong, in his report to the provincial congress on May 22, said Xi “has a keen insight into every matter” which had helped the province overcome hardship in the past.

During a meeting in Jiangxi province this month, party secretary Yi Lianhong called for integration of the “two upholds” – the status of Xi as the “core” and the authority of the Central Committee – “into the blood and cast into the soul”.

Xi Jinping Thought to be introduced in China’s classrooms

In addition to this public rhetoric in praise of Xi, officials around the country have found other ways to magnify their support. Nanning, the capital of Guangxi region in southern China, has not only been handing out free copies of a book of Xi quotes, but last month held several reading sessions of the pocket-sized red book.

In Fujian in southeastern China, local authorities held an exhibition on Xi’s leadership when he was head of the province decades ago.

The acclaim for Xi comes amid a looming crisis of economic growth and a high unemployment rate affected by China’s zero-Covid policy, as well as international headwinds, including China-US relations further strained by the Ukraine War.

Gu Su, a political scientist at Nanjing University, said the praise by senior officials, which served the personality cult of Xi in an obvious way, was unusual for its timing ahead of the 20th Party Congress.

“At a critical moment they express their thoughts on Xi, which is the equivalent of expressing their loyalty to him,” Gu said.

“There was no such strong expression for an individual” for the party congress before Xi’s term, regardless of whether a leader was being replaced, Gu said.

“This should be an exception.”

The best Apple Watch bands and straps for all budgets