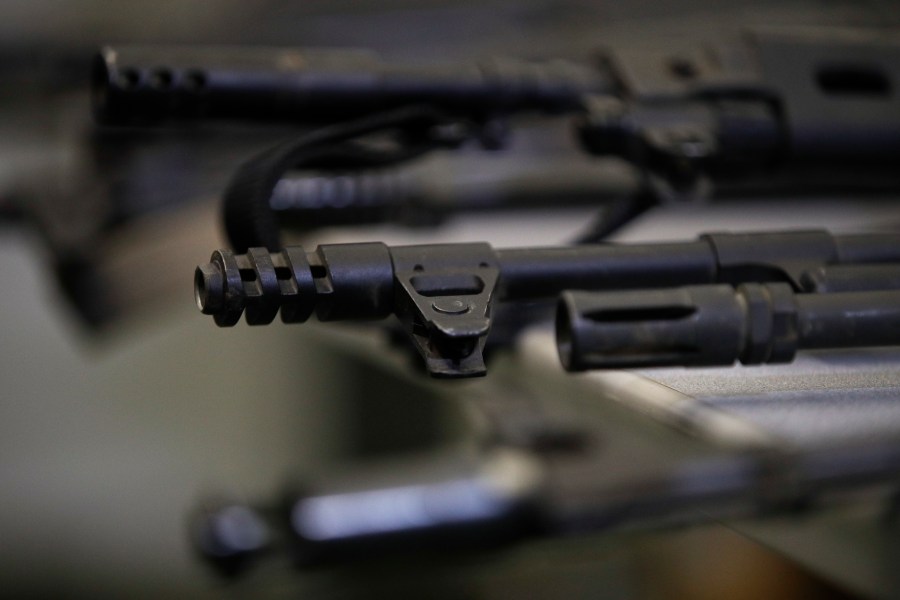 The young man in the jeans and sunglasses proudly shows off his gun in the YouTube video, then instructs his 1 million subscribers how to fit an extra clip in his gun belt, and offers a chilling observation.

It’s a typical video, one of thousands teaching military-style training and tactics to civilian gun owners, offering instructions on silencers and grenade launchers, on shooting from vehicles or into buildings. Other websites sell ghost gun kits, gas masks and body armor.

White supremacists have carried out most of the deadliest attacks on U.S. soil in the last five years, including a 2018 shooting inside a Pittsburgh synagogue and a 2019 rampage in which a gunman targeting Hispanics inside a Texas Walmart killed 23 people.

The gunman who perpetrated last month’s rampage in Buffalo, for example, claimed in a rambling racist diatribe that he was radicalized when pandemic boredom led him to far-right social media groups and tactical training videos he found online.

One of the companies specifically cited by the gunman sells firearm accessories and operates popular social media channels boasting hundreds of training videos. The videos cover topics like shooting from cars, assaulting a building, using gas masks while shooting, and night vision goggles.

“I think we’re going to see an increase in these kinds of attacks,” said Kurt Braddock, a professor and extremism researcher at the Polarization and Extremism Research and Innovation Lab at American University. “Until we’re able to figure out a way to address this, this kind of disinformation is going to keep spreading, and with it the risk of increased radicalization and violence.”

Elected leaders in some states are considering how to address the internet’s role in radicalizing extremists. New York lawmakers, for example, recently introduced legislation to require social media companies to set policies on “hateful conduct” and to create mechanisms for users to report disturbing posts they may read.

New York Attorney General Letitia James initiated an investigation into some of the platforms used by the Buffalo gunman, who streamed his attack on Twitch, which is owned by Amazon. Twitch pulled the livestream after about two minutes.

Federal authorities have also taken notice, increasing funding for investigations into domestic terrorism, a challenge that FBI Director Christopher Wray last year described as “metastasizing.” But there’s little law enforcement can do but monitor as extremists use the threat of gun control to recruit new members.

Extremists paint any effort to regulate firearms as the prelude to widespread gun seizures, according to Callum Hood, director of research at the Center for Countering Digital Hate, a UK-based organization that researches online extremism and abuse.

“The message quickly becomes ‘the government is coming to take your guns and leave you undefended,’” Hood said. That’s despite the obvious political challenges that even modest attempts at gun control face in the U.S. Despite a long and growing list of mass shootings, gun rights have not been restricted in any significant way in the U.S. in decades.

Rather than be under threat, guns are flourishing. Since the year 2000, the year after Columbine school shooting in Colorado, the number of firearms manufactured in the U.S. has tripled. There are now an estimated 400 million guns in the U.S. — more than one for everyone in the country — giving the nation the world’s highest gun ownership rate.

Gun manufacturers and industry groups like the National Rifle Association bear some responsibility for unfounded conspiracy theories about federal plots to seize American’s guns, according to Braddock.

“What’s the first rule in salesmanship? It’s to create the need for the item. We think about guns as something different – and they are because they’re instruments of violence – but they’re also commodities sold in huge quantities,” Braddock said. “They’re creating the illusion of need.”

Contacted by the Associated Press, one website selling ghost gun kits responded with a statement saying “all questions” about regulating firearms amount to “naked attempts to disarm traditional Americans, weaponize the government against them, and subject them to the ignorant and vicious tools of federal power.”

While some of the creators of tactical training videos posted on platforms like YouTube say their intended audience is law enforcement, others say their subscriber base is mostly those looking to arm themselves against the government.

Despite their alarm, law enforcement officials and experts on extremism caution there’s little to do about the growing online spaces devoted to military-style weaponry unless they find evidence of illegal gun sales or other crimes.

For their part, tech companies and social media platforms like Facebook and Twitter say they have rules to prohibit violent threats, hate speech and other content that poses a direct harm. Some platforms also prohibit the sale of firearms.

Further restrictions on content about guns or even extremism will only backfire anyway, according to Amy Cooter, an expert on militias. While efforts to ban users might be successful in the short term, they’re bound to fail as those users flee to other platforms with less moderation.

“If we want to reduce the size of the movement, de-platforming is really effective,” Cooter said. “But If we want to de-radicalize it, it is not. The most extreme elements will find other ways to stay connected.”