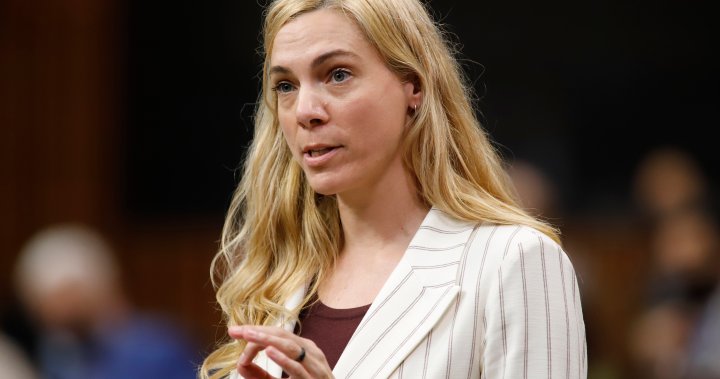 The Canadian government is freezing federal funding to Hockey Canada as the organization remains embroiled in a firestorm of scrutiny over its handling of sexual assault allegations.

Global News has confirmed the decision with the office of St-Onge.

The full details and conditions of the funding freeze are not yet verified, but a spokesperson for the minister said a statement will be coming shortly.

According to the TSN report, St-Onge said in an interview that millions of dollars in federal funding to Hockey Canada is being cut off until the organization signs up with newly created Office of the Sport Integrity Commissioner — which was created to ensure independent investigation of abuse allegations.

She also was quoted as saying in that interview that Hockey Canada must meet additional requirements before funding will be restored.

Those requirements are reportedly to “publicly disclose the recommendations it received from Henein Hutchison LLP, a Toronto law firm hired by Hockey Canada to investigate the sexual abuse allegations” and “to detail its plans to implement change within the organization.”

During question period on Tuesday, St-Onge said she was “not satisfied” with the testimony from Hockey Canada top leaders the previous day at the Standing Committee on Canadian Heritage.

Scott Smith, president of the organization, had been asked by Liberal MP Anthony Housefather how many other allegations of sexual assault Hockey Canada has received over the past decade.

In response, Smith said they have received one to two allegations of sexual assault per year for the past five or six years, which would cover the period extending back to 2016 or 2017.

Smith and Tom Renney, outgoing CEO of the organization, also said that players had not been required to participate in the Henein Hutchison probe into the allegation.

Neither could give a definitive answer as to how many members participated.

The executives were called to testify after TSN reported Hockey Canada had settled a lawsuit with a woman who accused eight Canadian Hockey League players, including members of the 2018 national junior team that won world junior gold that year, of sexual assault following a Hockey Canada Foundation gala in London, Ont., in June of 2018.

According to the statement of claim, the woman claimed she was repeatedly assaulted while intoxicated in a hotel room.

She filed a $3.55-million lawsuit against Hockey Canada, the CHL and the unnamed players.

The lawsuit was settled, but no details of the settlement have been released.

The allegations have not been tested in court.

St-Onge told the committee on Monday she had been informed by Hockey Canada that the settlement details were covered by a non-disclosure agreement.

Audit of Hockey Canada due to wrap on July 22

Following the report of the lawsuit settlement, the government launched a financial audit of Hockey Canada to probe whether any federal funds were used in the settlement.

It is due to be submitted to Sport Canada on July 22.

The audit will also look at “what’s happening at Hockey Canada,” said Ariane Joazard-Bélizaire, press secretary for St-Onge, but she did not say whether the minister is committed to making that public.

The audit is not going to look at the handling of allegations prior to 2018.

“The audit will cover the year of 2018 to 2023 to ensure compliance with the terms and obligations of the Agreement,” said Joazard-Bélizaire.

When asked why the audit was not being extended to cover the full time period during which Hockey Canada says they have received additional allegations, she said: “The audit was requested by the minister on June 2nd a few after the allegations were made public (May 26th) by Rick Westhead on TSN.”

Joazard-Bélizaire added there could be additional reviews if the audit identifies problems in any use of federal funds by Hockey Canada, saying: “Then obviously further action can be done.”

With a file from Global’s Sean Boynton.