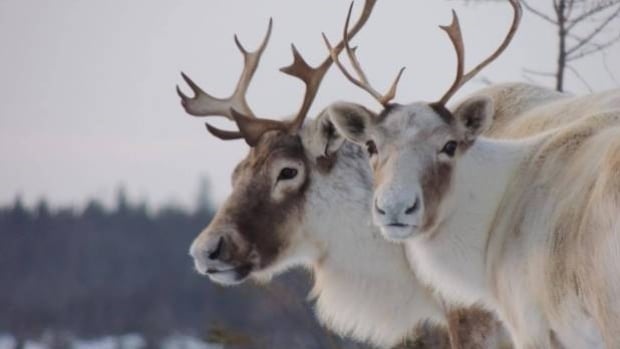 The federal government is warning Quebec it will use a decree to impose measures to protect woodland caribou if the province fails to come up with its own plan to adequately protect the species and its natural habitat by April 20.

Following months of unsuccessful negotiations with Quebec, Canada’s environment minister, Steven Guilbeault, issued that ultimatum in a letter addressed to Quebec’s minister of forests, wildlife and parks, Pierre Dufour, on Sunday. The letter was obtained by Radio-Canada.

“Environment and Climate Change of Canada is currently updating the [caribou] protection assessment for Quebec, which will allow me to form an opinion on the protection of critical habitat,” Guilbeault wrote.

Guilbeault gave Dufour a deadline of next Wednesday to send him all information concerning measures to protect Quebec’s caribou and their habitat. He says the measures must be sufficient, otherwise he will recommend the federal Liberal cabinet adopt a decree to impose such measures.

Guilbeault expressed dissatisfaction with the protection measures taken by Quebec in the case of woodland caribou, saying the province has made no real progress in protecting them.

That lack of progress comes despite a warning issued at the start of the year saying that Quebec needed to do better, otherwise Ottawa would be forced to intervene.

“What’s happening right now is not sufficient to protect the [caribou] species,” Guilbeault said at a news conference Tuesday morning in Quebec.

“Quebec once again has the opportunity to act and to come to the table to negotiate in good faith, but it needs to happen quickly.”

1st decree of its sort in Canada

According to the federal Species at Risk Act, Guilbeault said, he has a legal obligation as environment minister to act.

Unlike an emergency decree, notably invoked by Ottawa in Quebec to protect chorus frog habitats, this safety net provision in the Species at Risk Act (SARA) has never been used in Canada. Once in effect, it can remain in force for five years.

“I hope that we don’t get to this point, but I’ve given instructions to my officials to start preparing the work […] in the event that Quebec refuses to co-operate.”

Once in effect, the order could mean new, federally imposed protections on thousands of square kilometres of forest — habitat critical to the survival and recovery of caribou herds.

According to data from the Society for Nature and Parks (SNAP Québec), which has been pleading for months for Ottawa to intervene, there are about 20 areas in need of immediate protection. They cover at least 35,000 square kilometres, or 2.3 per cent of Quebec territory .

“Given the lack of effective protection on a large portion of the woodland caribou’s critical habitat in Quebec, the government of Canada has the legitimacy to use the Species at Risk Act safety net provision,” explained Alain Brandchaud, a biologist with SNAP Québec and executive director of the Canadian Parks and Wilderness Society (CPAWS).

The order could set a precedent, opening the door for Ottawa to intervene in similar matters in vast amounts of territory in the province.

Officials in Dufour’s ministry declined to comment on Guilbeault’s letter, only saying that the Quebec forests, wildlife and parks minister will respond to the federal environment minister directly in the next couple of days.

“This is Quebec’s jurisdiction, so we have an independent commission that is looking into this,” Legault told reporters in Quebec City. “We have to have a balance between saving the caribou but also protecting jobs that are important in certain regions of Quebec.

Guilbeault’s letter comes just as Quebec’s independent commission on woodland and mountain caribou is starting public hearings. The commission is to examine two options to protect caribou herds while minimizing the impact on the logging industry, but environmental groups have said neither option is acceptable.

The Assembly of First Nations Quebec–Labrador (AFNQL) has also decried Quebec’s failure to consider the rights and interests of First Nations in relation to its commission, calling it a “glaring lack of consideration.”

“The AFNQL regrets that the commission’s mandate is to assess the economic impacts of caribou protection measures on the forest industry, rather than to take into account the impacts of logging on caribou and the rights of First Nations,” a statement reads.

For Brandchaud, a commission is not enough, and he welcomes Ottawa’s decree, even if it would have an impact on the economy.

He said the order is the “strongest measure that can be used in the Species at Risk Act,” and he said the case is “very strong” for the federal government to move forward with it.

He said Quebec’s “outdated” endangered species law does not have the necessary tools to protect caribou and meet the standards of federal law. He also believes that Quebec has postponed putting in place concrete protection measures for so long, it will not be able to challenge a possible federal intervention.

Still, Brandchaud doesn’t expect Quebec to concede without a fight.

One sign of just how far apart Quebec and Ottawa are when it comes to protecting caribou is the dissolution of an agreement to co-operate on the issue. When Guilbeault and Dufour met on March 11, they had hoped to find a way to renew the exisiting agreement for at least a year.

“Unfortunately, our representatives were unable to agree on these terms, and as a result, the agreement ended on March 31, 2022,” said Guilbeault in his recent letter.

The expired agreement facilitated the transfer of funds from the federal government to Quebec for the conservation of species at risk.

There are currently only 5,252 woodland or mountain caribou known to be left in Quebec.

Four herds are in a critical situation, namely those in the regions of Val-d’Or and Charlevoix — whose enclosures only have seven and 17 caribou, respectively — as well as those on the Gaspé peninsula and in the Pipmuacan area, a man-made lake on the boundary between Saguenay–Lac-Saint-Jean and Quebec’s North Shore.

Elizabeth Hurley is slammed by fans for holding ‘delicate’ starfish