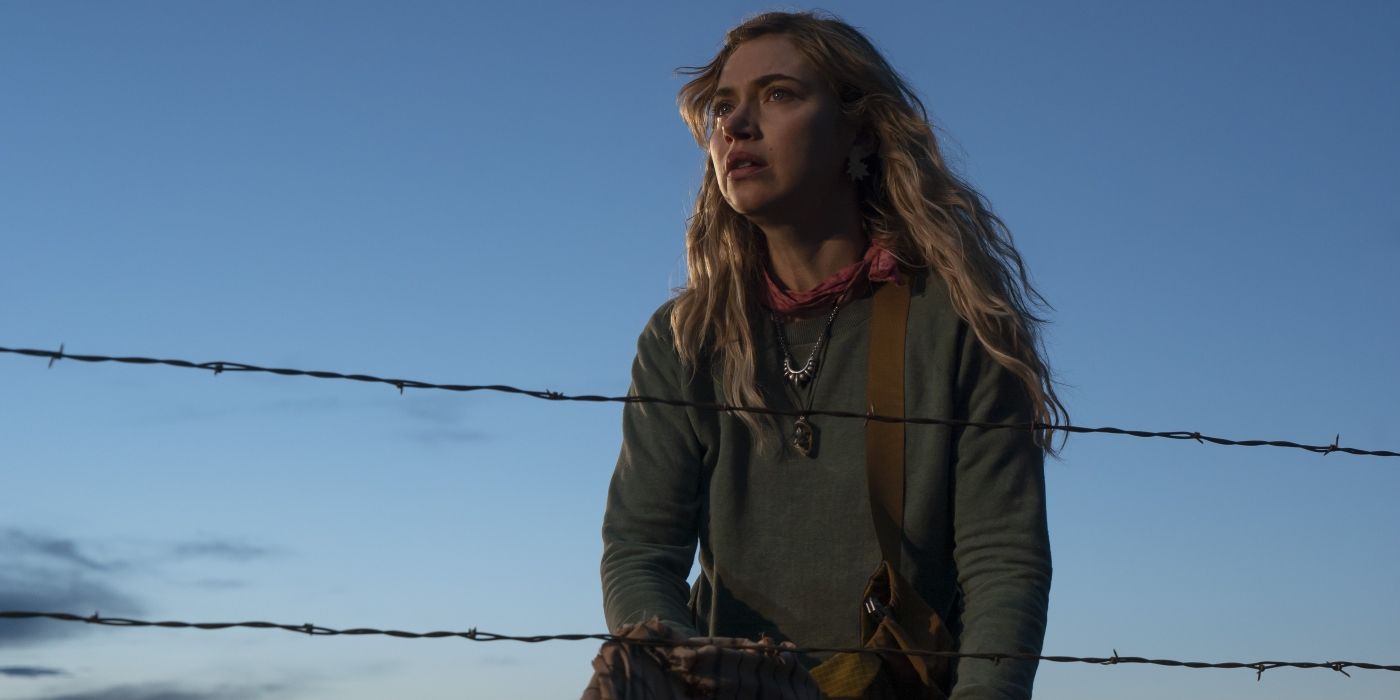 Outer Range is a unique tonal mashup of serious drama and existential science-fiction. The show largely focuses on Royal (Josh Brolin) and his family as they juggle personal tragedies and difficult economic straits. However, the series slings an unexpected curveball by the old rancher when he discovers a mysterious and seemingly bottomless pit on his land. Even more mysterious might be Autumn (Imogen Poots), a mysterious woman who has come a long way to find Royal’s ranch and goes camping on his land. Although she seems soft-spoken and friendly enough, there are hints that Autumn might be more dangerous than she lets on — and that she has more knowledge than anyone truly expects.

During an exclusive interview with CBR at the Outer Range red carpet premiere ahead of the show’s April 15 debut on Amazon Prime, Imogen Poots noted her favorite aspects of playing Autumn and what attracts her to a role above all else.

CBR: First off, congratulations on the series — I’m so curious to find out more about Autumn and everything she’s about.

She’s such an intriguing character. She’s nice and friendly and appealing, but there’s an aura of mystery — almost menace — to her. What was it like to balance those two elements of the character?

It was so fun because there was so much to work with. I think all of us have different conflicting qualities within us, and [it was fun] to explore both of those with [Autumn] and then decide what makes a good person or a bad person, or a villain, or a hero. To throw those up in the air was kind of fun, but I know what I entered into the show with in my head. It’ll be a different thing to what the audience sees in [Autumn] or make of it.

Looking at your career, you’ve gotten to play so many unique characters. Your performance in Popstar is a far cry from The Father, and they’re both so different from Outer Range. What do you always look for in a role?

I think it’s more filmmaker-based for me, more than the character — getting to work with certain artists in that way and other actors. I’ll do a role in a project with a filmmaker I deeply admire or an actor I deeply admire. That, for me, is huge. The character is obviously… You’d love it to be a priority, but it’s so often curated by the people around it.

How The Walking Dead Sets Up Season 11C

Brandon Zachary is an Associate Writer with Comic Book Resources and has written for CBR since 2018. He covers breakouts on comics, film, television, video games, and anime. He also conducts industry interviews, is a Rotten Tomatoes certified film critic, and knows SO MUCH about the X-Men. For requests, comments, or to hear his pitch for a third Avatar series that incorporates robots, you can contact him through [email protected]

After failures, Russia puts general with a worrying history in Syria in charge of Putin’s Ukraine war