Pablo Picasso as we have never seen him before: he was not a lone genius creator 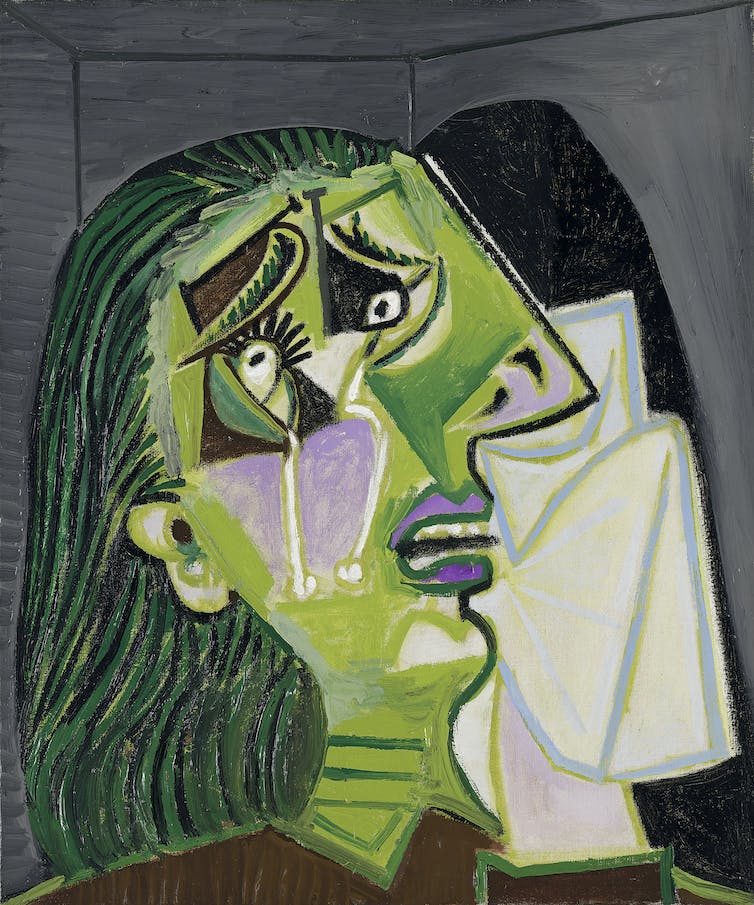 The Picasso Century exhibition presents Picasso as we have never seen him before.

Pablo Picasso (1881-1973) is not presented as the lone genius creator – a mythology promoted by the artist himself – but as being at the centre of several creative hubs. He was surrounded by groups of brilliant creative men and women and his influence was a powerful presence for the whole 20th century.

In his life, Picasso rarely acknowledged his creative collaborators, this exhibition sets out to redress this omission.

His insistence of the pursuit of beauty has changed everything in art […] The great revolution of the arts, which he has achieved almost unaided, was to make the world his new representation of it.

Leo Stein, another of Picasso’s friends and patrons, when writing on the rivalry between Picasso and Matisse observed:

Matisse saw himself in relation to others and Picasso stood apart, alone. He recognised others, of course, but as belonging to another system, there was no fusion.

Some people may not like the phallocentric persona of Picasso but he did effectively change the course of western art and, in the process, changed the way in which we see the world.

Picasso and his contemporaries

Picasso affected the art of his friends and contemporaries, as well as that of those who never met him.

Although Apollinaire described him as achieving a revolution in the arts “almost unaided” and for Stein “Picasso stood apart”, in reality Picasso also reflected the cultural and intellectual milieu that surrounded him.

This very ambitious multifaceted exhibition sets out to define “Picasso’s voice” during his long career through a selection of over 80 of his works, many quite major and never previously seen in this country. It also investigates his interactions with his surrounding cultural milieu.

The Picasso paintings, graphics, sculptures and ceramics are accompanied by about 100 works by more than 50 of his contemporaries to create a context through which his significance can be assessed.

A large, curious and little-known painting hanging near the entrance of the exhibition, Marie Laurencin’s Apollinaire and his friends (2nd version) (1909) from the Centre Pompidou.

The painting shows Apollinaire with Picasso looking over his shoulder and surrounded by a number of figures including Gertrude Stein, Fernande Olivier, Marguerite Gillot, Maurice Cremnitz as well as Laurencin herself in the foreground in a pale blue dress. Stein, on the left, appears in the role of one of the three inspirational graces or Muses.

Apollinaire admired this painting and had it positioned over the head of his bed for much of his life.

Picasso was to paint portraits of many in this grouping, including that of Apollinaire who was amongst the first to recognise the significance of cubism and collected Picasso’s work. Picasso was to refer to Apollinaire in jest as “the pope of cubism”.

In the exhibition, there are a number of iconic Picasso paintings, including his Portrait of a man (1902-03), a classic work from his so-called “blue period”.

It is a brooding and introspective image where the tone defined an epoch.

Dated a few year later is the memorable Mother and child oil painting from the summer of 1907 that already speaks of primitivism and the radical formal transformation evident in the Les Demoiselles d’Avignon (1907) that was to become a defining moment in the course of western art.

The exhibition has a number of significant cubist paintings, Picasso’s The violin (1914) and Georges Braque’s Woman with a guitar (1913) both from the collection of the Centre Pompidou.

This chronologically is followed by the artist’s return to order with neoclassicism with Picasso’s stunning portrait of his wife Olga (1918).

Surrealism, at least in part a response to the violence of the 1930s, is particularly well represented in this exhibition with numerous examples from the artist and his contemporaries as well as a section on Picasso’s political engagement when, as a member of the communist party, he stood up to fascism and later to US imperialism in all of its guises.

This is a huge exhibition of over 180 pieces that explores neat niches, such as Picasso’s engagement with sculpture in the context of González and Giacometti, or his excursion into ceramics, as well as his mainstream developments.

Whereas in many exhibitions one despairs over padding with inferior and irrelevant pieces, here the works have been carefully selected and are frequently of exceptional calibre. For example, the wondrous Pierre Bonnard Self-portrait in the bathroom mirror (1939-45), or the Francis Bacon Picasso inspired painted heads.

The exhibition was curated over about a decade by Didier Ottinger, deputy director of the Musée national d’art moderne, Centre Pompidou, Paris and is a triumph of visual intelligence.

No matter how well you think you know Picasso and the collections of the Centre Pompidou and the Musée national Picasso-Paris, in this exhibition you are guaranteed to be surprised, amazed and delighted.

The Picasso Century is a remarkable exhibition that may change the way you will view Picasso.

The Picasso Century is on at the NGV International until October 9.

This article is republished from The Conversation under a Creative Commons license. Read the original article.

The Best Gifts For Weekend Travelers

Why does The Callisto Protocol run better on PS5? Maybe…