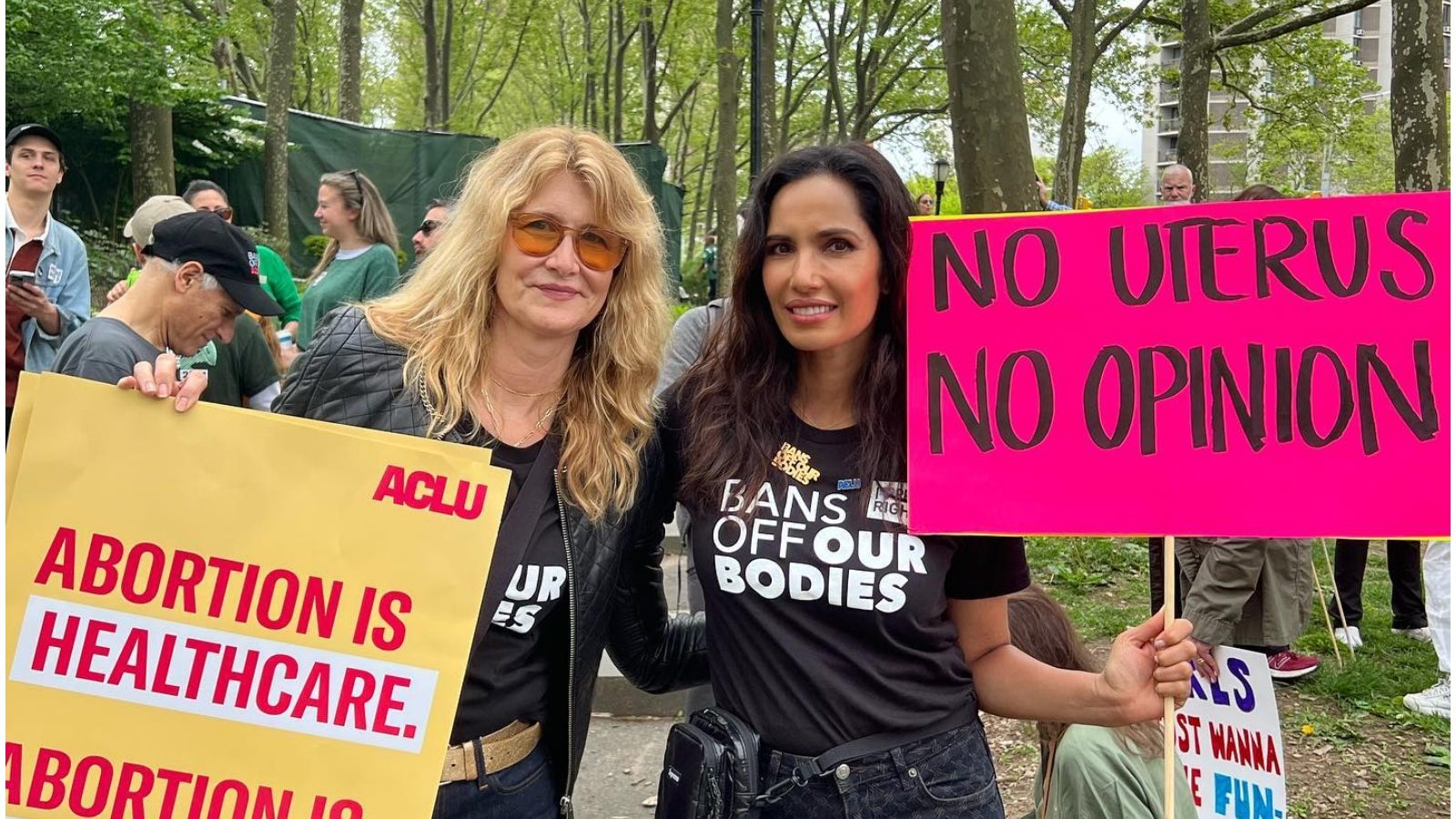 The US is currently witnessing one of its largest nation-wide protests as people flood the streets to stand up for their abortion rights. Hollywood celebrities have taken it upon themselves to use their platforms to speak against anti-abortion laws while others attended the “Bans Off Our Bodies” rallies that have been planned across the country.

“I can’t work in Texas anymore,” said actor Lisa Ann Walter, who starred in the 1988 release The Parent Trap. Walter revealed that she is working with SAG-AFTRA to inform members of the reproductive health laws in each state. “We won’t quit until women are guaranteed autonomy all over this country.”

Thousands of people turned out for the Los Angeles rally “Bans Off Our Bodies” in front of City Hall, while more than 380 rallies were planned across the United States. The rally was part of a nationwide effort against the expected overturning of Roe v. Wade by the Supreme Court, which could lead to almost 36 million people losing access to abortion.

Through protests and rallies, organisers can make leaders and changemakers understand that the public supports the 1973 Roe v. Wade decision securing a nationwide right to abortion. Connie Britton from the To Do List said, “We all share one thing in common, and that is that we are enraged. Every woman, every family deserves the right to their own body”, as reported by Variety.

Planned Parenthood published a full page advertisement in the New York Times and showed signatures in support of Roe v. Wade, on Friday. The signatories included Camila Cabello, Selena Gomez, Olivia Rodrigo, Halsey and several other celebrities, saying “We Will Not Back Down.” Padma Lakshmi from Top Chef posed with Cindy Burns and Laura Dern while holding a sign that said, “No Uterus No Opinion.”

If Roe v. Wade is overturned, it will be up to each state to decide whether or not to allow abortions and how to set the conditions.

Action movie star Milla Jovovich took to Instagram on Saturday morning and urged all her followers to support the morning rally in downtown Los Angeles. She wrote, “Bring water, wear green and come support a movement that really should not need to be happening in this day and age.”

Putin’s irrationality meant no one could have prevented war: Canada’s envoy to Ukraine