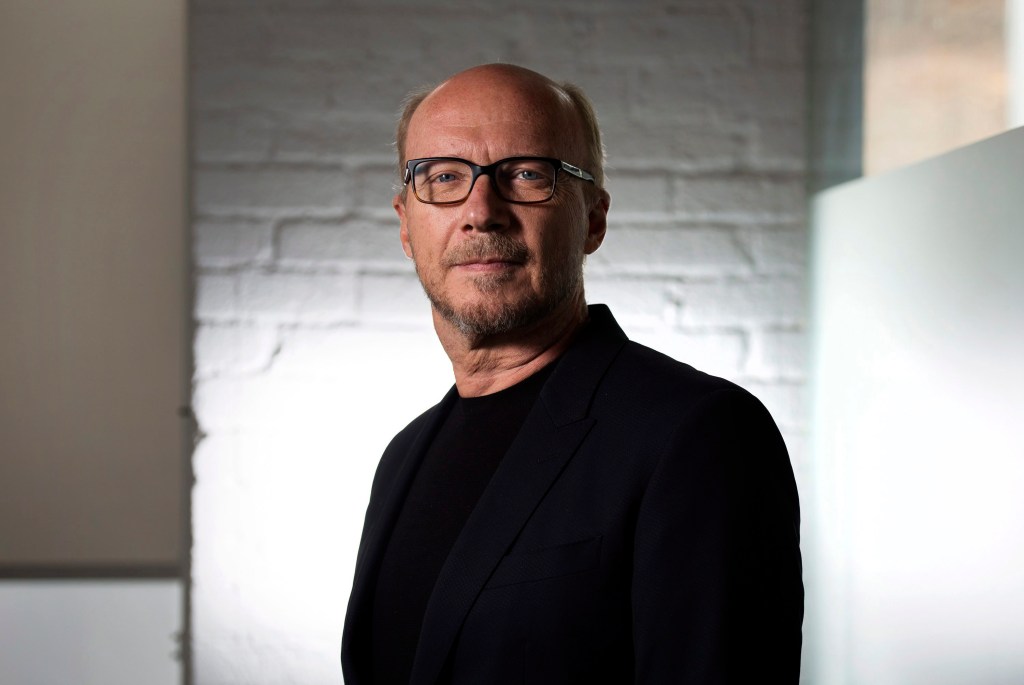 The new rape allegations against Oscar-winning director Paul Haggis sound pretty horrific. His attorney has proclaimed his innocence, but it remains to be seen whether this new accusation will become part of the director’s narrative that he has been targeted in the past with false sexual assault allegations because he spoke out against the Church of Scientology.

As reported by the Daily Beast and other outlets, Haggis was in southern Italy for a film festival when a British woman alleged to police that she was “raped for days” by the director in a hotel room and then abandoned at an airport and given money to fly home. The local prosecutor’s office said a hospital examination showed that the woman “suffered repeated non-consenting sexual assaults” including one so violent she was “forced to seek medical attention.”

Haggis, 69, was taken into custody, then released on house arrest at his hotel, his Italian lawyer, Michele Laforgia, confirmed to the media. His first court date is Thursday, the Daily Beast said. Laforgia also said that Haggis is “completely innocent and we hope for the maximum speed of all the necessary investigations to clarify the matter.”

These new allegations come more than four years after four women separately accused Haggis of sexual assault, including rape, in encounters that took place between 1996 and 2015. These allegations were made late in 2017 and early 2018, and came amid the growing #MeToo movement of women speaking out about powerful men in Hollywood, politics, the media and other industries.

The allegations also came in the years after Haggis became one of the most outspoken defectors and critics of the controversial Church of Scientology and its alleged abuses. He left the organization in 2009 after three decades of membership and after he won Oscars for directing the 2005 best-picture winner, “Crash,” and writing 2004 best picture, “Million Dollar Baby.”

His defection became the subject of “The Apostate,’ a major New Yorker story in 2011 by author Lawrence Wright. Haggis also was a leading source for Wright’s 2013 book, “Going Clear: Scientology, Hollywood and the Prison of Belief,” and the 2015 HBO documentary, also called “Going Clear.”

Haggis’ first accuser is publicist Haleigh Breest, who filed a lawsuit against the director in December 2017, accusing him of raping her in a New York apartment following a premiere, the Daily Beast reported at the time. Breest said she filed her lawsuit after Haggis gave an interview to The Guardian, condemning producer Harvey Weinstein as “a predator” and calling Hollywood “a sexist town.”

Three more women subsequently came forward to tell the Associated Press about encounters with Haggis that took place between 1996 and 2015, in which he tried to force himself on them. Two said they escaped; one woman says he raped her.

Before Breest filed her lawsuit, Haggis countersued, claiming Breest was trying to extort him for $9 million after what he said was a “friendly and at times flirtatious” relationship, the Daily Beast reported. At that time, his attorney said, “He didn’t rape anybody.”

In January 2018, Haggis received backing from Leah Remini, the actor and leading Scientology critic who hosted the Emmy Award-winning A&E series, “Scientology and the Aftermath.” She and her co-host, Mike Rinder, released a lengthy statement defending Haggis, and suggesting that he was the target of retaliation for speaking out.

“Paul Haggis deserves, based on his record as a gentleman and humanitarian, to be judged when all the evidence has been taken under penalty of perjury in a court of law,” they wrote in an open letter posted to Rinder’s blog. They said that Scientology expects members to reveal deeply personal information, which the organization will use “against anyone who departs Scientology and speaks their mind.”

They also raised concerns about “those who accuse without going to law enforcement” or who “make accusations to the media anonymously.”

In a statement to Newsweek at the time, the Church of Scientology denied Remini and Rinder’s claim that the church had anything to do with the allegations against Haggis.

“Leah Remini, Paul Haggis and Mike Rinder have predictably thrown up a reprehensible smokescreen to turn horrific sexual assault and rape allegations made against Haggis by four women into a bigoted attack about their former religion,” the statement read, in part. The church also denied any connections to the accusers or to their attorneys.

In the new case against Haggis, the woman has spoken to police, “formalized her complaint and cited circumstances which were subsequently looked into for confirmation by investigators.” the Hollywood Reporter said. After Haggis left the woman at the airport, she was found “cowering” in a corner by a flight attendant who immediately alerted authorities, the Daily Beast reported. “She was destroyed,” the attendant told police, the Daily Beast said, citing initial investigative documents.

Haggis had been headlining the Allora Fest in the southern Italian town of Ostuni,  where he also was due to teach a master class. The music and film festival immediately distanced themselves from Haggis, canceling all events he was scheduled to take part in, the Daily Beast said.

The World of Warships: Legends Summer Update is Now Live

2023 Juno Awards nominations: The Weeknd leads the pack with 6