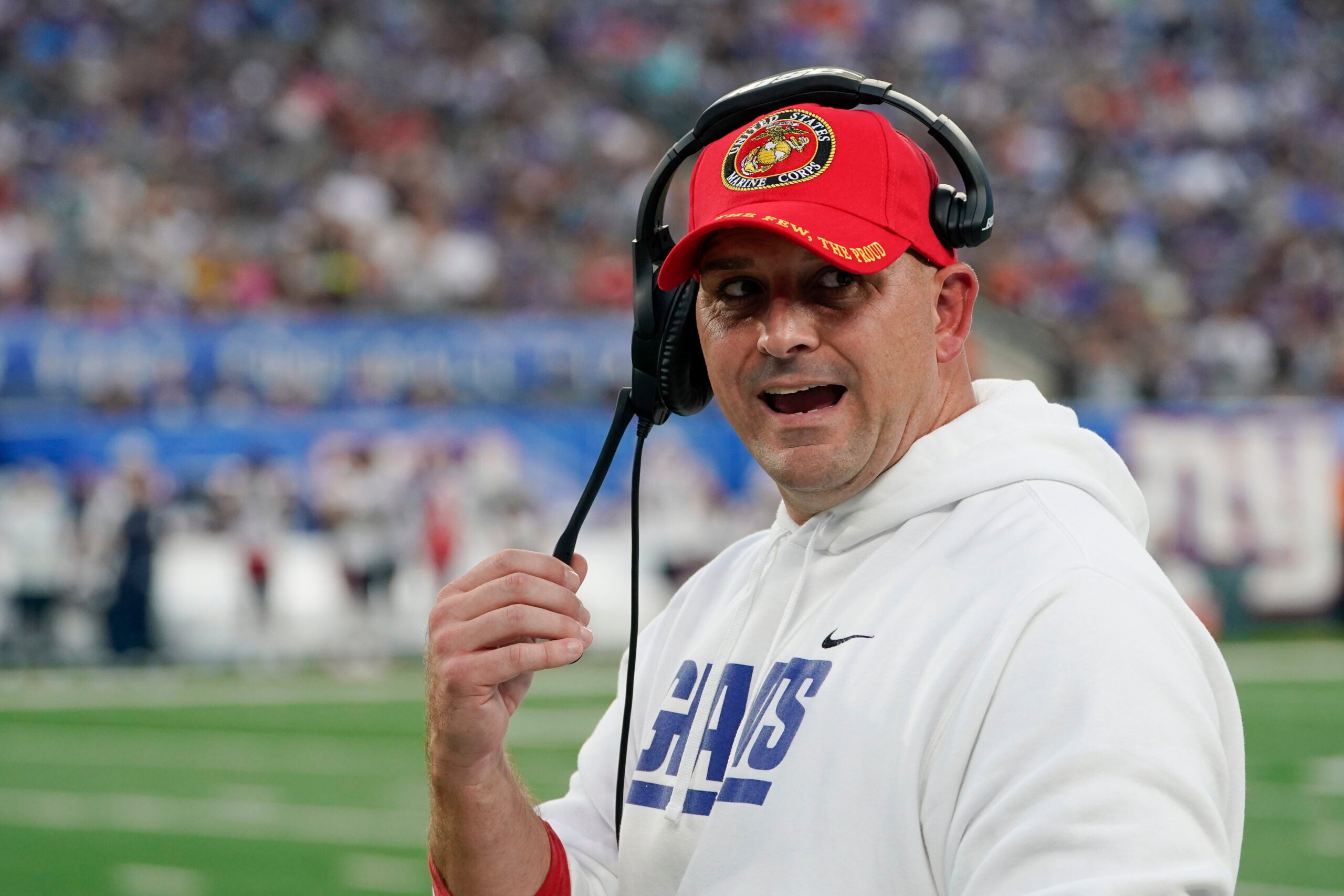 The Red Sox completed a four-game sweep of the Mariners with an 8-4 win on Sunday. Boston clinched the victory in style on Franchy Cordero’s walk-off grand slam:

Tonight, the Celtics host the Heat in Game 4 of the Eastern Conference finals at 8:30 p.m. Miami leads Boston in the series, 2-1.

Dan Orlovsky on the Patriots’ offense: As the Patriots return to the field for the first day of organized team activities on Monday, it comes as questions continue to swirl around the offensive coaching.

This is especially true in terms of play-calling, a void left in New England by the departure of now-Raiders coach Josh McDaniels.

Both Matt Patricia and Joe Judge have been seen as possible candidates to take over play-calling on offense, but neither has experience in the role. During a recent segment on ESPN’s “Get Up!”, NFL analyst Dan Orlovsky sounded off on what he thinks is a disastrous choice from Bill Belichick.

Asked for his level of concern about the Patriots’ offense, Orlovsky didn’t hold back.

“Two months ago I said this was the most concerning thing to me in the NFL, and it still is,” he said. “The Patriots took a strength and an advantage and now sit at a massive disadvantage. I have no clue what their offense is going to be, what their scheme is going to be.”

With Mac Jones heading into his second season, Orlovsky expanded on what he’s worried about for New England.

“It honestly concerns me for Mac Jones,” he explained. “This quarterback who last year was so good, and was so attached to Josh McDaniels. And now I just want to be honest: When you say the phrase, ‘It’s going to be headed by Matt Patricia and Joe Judge,’ Joe Judge, respectfully, was the coach who on 3rd and 8 last year, called a quarterback sneak. Put that into context. Patriots fans, look at your schedule, find me one game where you can sit there and say, ‘Our offensive staff or scheme is going to give us an advantage in that football game.’ You can’t find one.”

Fellow ESPN football analyst Mike Tannenbaum, who worked with Belichick both in Cleveland and New York (with the Jets), spoke up to defend the move.

“Philosophically, this is one of his big beliefs,” Tannenbaum said of Belichick. “He cross-trains coaches all the time. I saw it early with guys like Eric Mangini, Brian Daboll, Josh McDaniels, just in terms of how they’re trained. Coach Belichick actually started off as a special teams coach himself.

“When you see him build teams, he builds his offenses in ways that’s given him trouble on defense,” Tannenbaum continued. “That why you’ve seen him invest in tight ends and slot receivers over time. So obviously Coach Belichick believes in Joe Judge and Matt Patricia from a football acumen standpoint, so while this is obviously a little bit out of the box, I’m not surprised just given Coach Belichick’s belief in those two coaches.”

Asked to respond to Tannenbaum’s rebuttal, Orlovsky was unmoved.

He added that there’s a difference between understanding offensive theory and being able to put it into practice in the pressure of the moment.

“There is a big difference between knowing football, and being able to sit there and watch tape and see what’s going on and thinking as an offense or a defense we should do this, and then in the moment, call the right play.”

“Play-calling is an art, it is a feel, it is not a science,” Orlovsky said. “To understand [that the] play is dead, clock is running, you have six seconds to get that play into your quarterback so you can get out of the huddle, it is a totally different world.”

(Answer at the bottom).

Milan Lucic received a five-minute major for this hit: He was given a game misconduct and automatically ejected.

On this day: In 1978, the sale of the Red Sox was unanimously approved by American League owners. The sale — which was between the Yawkey Estate and a group led by Buddy LeRoux, Haywood Sullivan, and Jean Yawkey — went for a then world record sum for a sports team, $20.5 million.

Yawkey gave financial backing to Sullivan and LeRoux, whose first attempt at buying the club was rejected by other owners due to a lack of money. In essence, it was not so much a sale for Yawkey — whose late husband, Tom, had owned the team since the 1930s — as it was a “transfer of assets,” as Boston Globe reporter Peter Gammons noted.

LeRoux and Sullivan’s ownership of the team would be marked by controversy, scandal, and — from a roster management perspective — disaster.

Daily highlight: Italian forward Mario Balotelli scored an incredible five goals for Turkish team Adana Demirspor in a 7-0 win in Sunday’s league finale. Balotelli’s final goal of the day was by far his best, capped by a series of step-overs and a tricky rabona finish.

Get the latest Boston sports news

Receive updates on your favorite Boston teams, straight from our newsroom to your inbox.