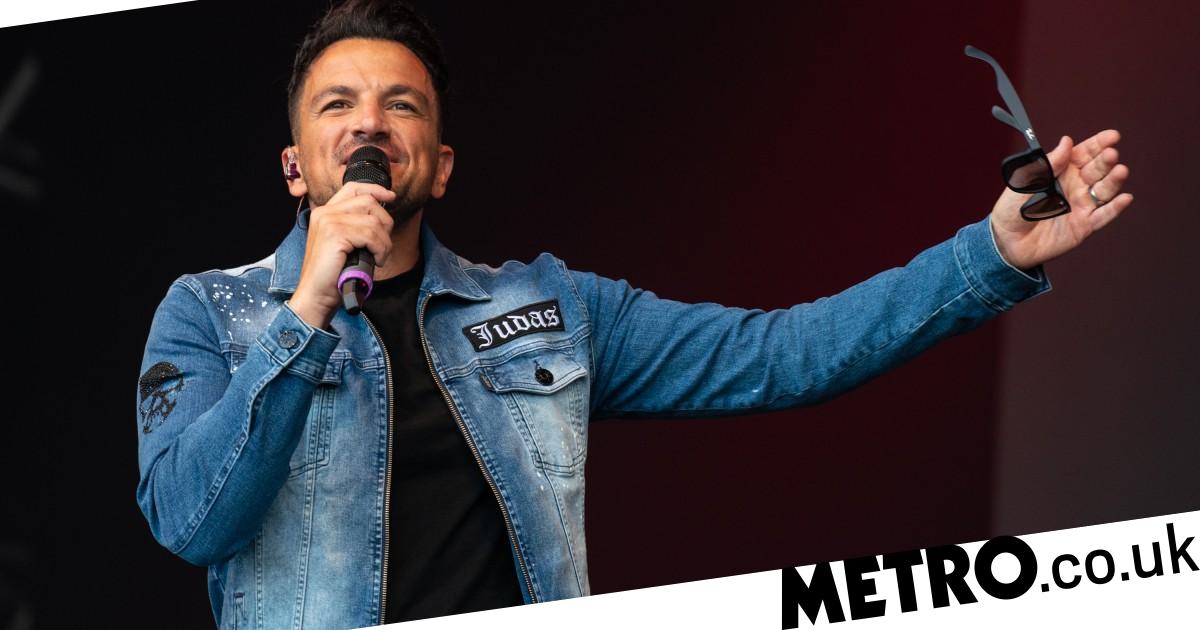 Peter Andre has admitted he’s a bit of a ladies’ man – when it comes to grandmothers.

The Mysterious Girl singer, 49, captured hearts across the UK when he appeared (often shirtless) on I’m A Celebrity… Get Me Out Of Here! in 2004.

But 18 years later, Peter – a father-of-four, whose eldest son Junior is carving out a music career of his own – says things have changed just a little.

The star opened up on how life has changed in a new interview with The Guardian, where he spoke about how he sold out Wembley Arena in his 20’s.

‘I used to get girls at my concerts screaming “I love you!”‘ he said.

‘Now I get girls at my concerts saying “My nan loves you!”‘

Peter also touched on his mental health, recalling having a breakdown in his late 20’s, in part due to the bullying he received as a child growing up in Australia for being from a Greek Cypriot family, describing himself as an ‘outcast.’

However, he said, when he welcomed son Junior ‘everything changed’.

The singer admitted his family is ‘everything’ to him, and admitted his children may describe him as ‘extremely strict’, though he has ‘softened’ more in age.

Peter shares Junior, 16, and Princess, 13, with ex Katie Price, who he met in the Jungle.

He also has Amelia, eight, and Theo, five, with his wife, Dr Emily McDonagh.

While Peter’s career may see more women shouting about their grandmothers, son Juinors is just kicking off, as he launched his debut single, Slide, last week.

The teenager is proving popular, with the track soaring up the iTunes chart days after its release.

Junior signed a record deal with Columbia Records last August, which he said was a ‘dream come true.’

He has been hard at work in the studio since, and last week performed his debut single to a crowd for the first time, with dad Peter saying he was ‘so proud.’

A photo immortalizes a family’s deaths