Petrol prices: how expensive will petrol get and when will fuel prices fall in Australia 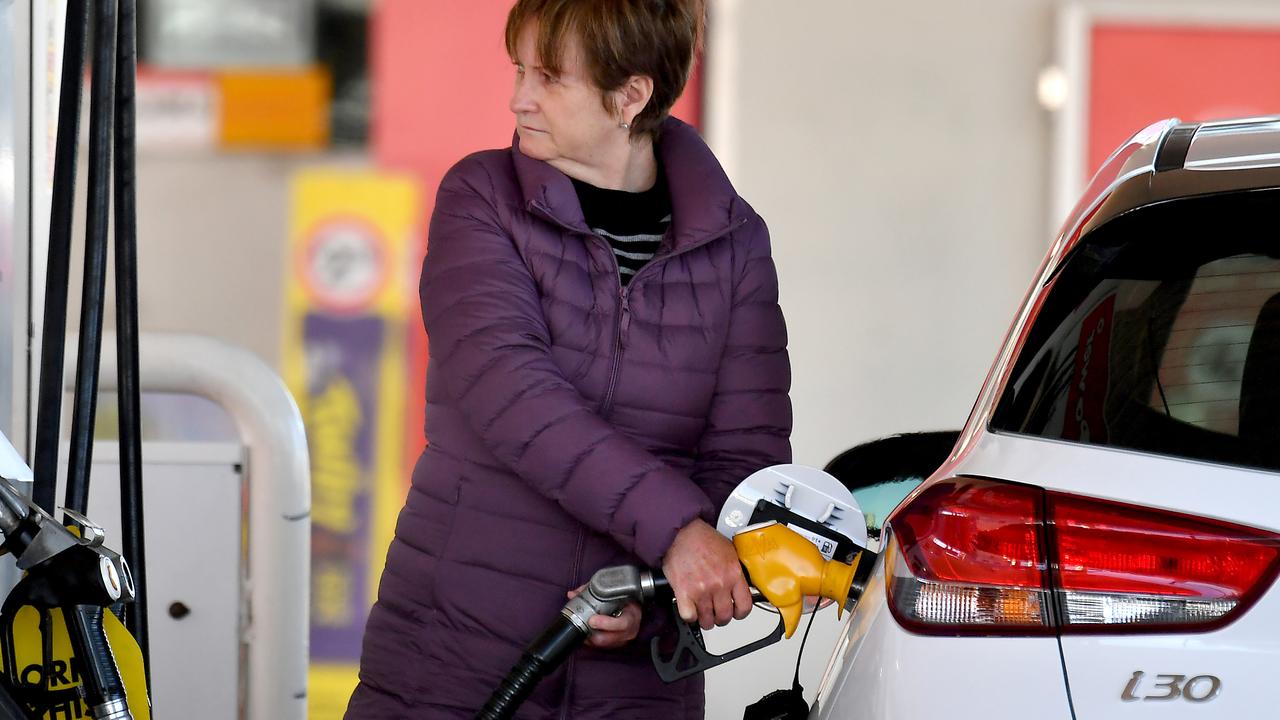 With the cost of petrol soaring past a record high of $2 in cities around Australia, we spoke to an expert to answer your biggest questions.

Drivers across the country have noticed the skyrocketing cost of petrol, which has surpassed $2 in every capital city around Australia.

An expert confirmed retail fuel prices are the highest the country has seen in more than 20 years and, in the middle of a cost of living crisis, residents everywhere are feeling the sting at the bowser.

We spoke to an expert to answer our burning questions about the best time to buy petrol, how to save money while filling up, and when prices will finally fall.

Why is fuel so expensive?

The perfect storm of the Covid-19 pandemic and the war between Russia and Ukraine has pushed fuel prices to their highest level in more than 20 years.

CEO of the Australasian Convenience and Petroleum Marketers Association (ACPMA), Mark McKenzie, said the price of petrol is rising significantly because of the interrupted global supply chain.

“The factors that are pushing up fuel prices in Australia have nothing to do with the Australian market,” he said.

“They continue to be the rising global oil price and the shifting sands of the Australian/US dollar.”

He said “supply has been chasing demand” since demand for oil fell by 55 per cent during the pandemic and suppliers halted production. Then the war involving Russia, one of the world’s biggest oil suppliers, effectively eliminated 10 per cent of the global oil supply.

“We’re continuing to see trading market speculation on where the price will be in the future and that keeps driving prices up at the moment,” Mr McKenzie said.

What is the government doing to help?

After fuel prices reached their highest levels in 14 years, the former federal government stepped in to halve the tax Australians pay for fuel.

However, the reduction of the fuel excise to 22.1c per litre is only a six-month stopgap. It was implemented in March and will expire in September, when the tax paid on fuel will return to 44.2c per litre.

While the fuel excise cut caused fuel prices to drastically fall in the weeks after its announcement, petrol prices have rebounded to record highs.

The ACCC noted regular unleaded petrol prices soared by 46c per litre between mid-April and mid June. According to data from Fuel Price Australia, the cost of petrol is just a cent shy of the peak which prompted the government to intervene.

How do the cities compare?

Data from the Australian Institute of Petroleum shows prices are higher than ever before across the country.

For the week ending on June 19, the nation’s capital had the highest petrol price at 226.5c per litre, followed by Sydney with 222.6c per litre.

Adelaide’s fuel price wasn’t far behind at 221.2c per litre, trailed closely by Brisbane with 220.2c per litre. Melbourne’s fuel is priced at 217.1c while Perth has slightly cheaper fuel on offer at 214.8c per litre.

Hobart has the nation’s second cheapest petrol prices at 209.6c, but Darwin drivers get the best bargain at 205.7c per litre.

How high will petrol prices go?

The petrol consumer expert said average petrol prices are the highest Australia has experienced for more than 20 years. Regular unleaded petrol now costs 30 per cent more than it did six months ago, with drivers paying at least $23 more for a tank of petrol.

Mr McKenzie said the world was in an “extraordinary situation” with its first pandemic in 100 years and the biggest European war since WWII.

“You put those factors together and it’s almost impossible to predict where the price is going to go from here,” he said.

“The only thing that’s certain at the moment is the volatility.”

The bill at the bowser will depend on the international oil market. At the moment, oil prices are fluctuating between 3 and 5 per cent each day, which Mr McKenzie said was “unheard of”.

When will prices drop?

With the current unpredictable vacillations in the oil price, the CEO of ACPMA said prices would continue to rise.

“While supply and demand stays as tight as it is at the moment, all that we can see in the future is upward pressure,” he said.

“Perhaps not as steep as we’ve seen in the last couple of months, but still incrementally upwards.”

He said the lack of an international consumer watchdog made it difficult to compel international oil suppliers to increase production.

While it sounds very pessimistic, Mr McKenzie warned this is uncharted territory. He said there could be a possibility of the oil market rebalancing, but it would require significant investment.

How do I save money on fuel?

As it looks like we may be stuck with soaring petrol prices for some time, Mr McKenzie offered some tips for saving money when filling up.

First and foremost, it’s important to shop around. Mr McKenzie strongly advises downloading one of the many fuel price comparison apps, such as Fuel Check, Motor Mouth, or Petrol Spy.

The petrol consumer expert said the apps are “key” to navigating the capital city price cycles, where the petrol price can vary by 20c over a couple of weeks. By watching the price on the apps, drivers will be able to ensure they’re not paying to fill their tanks at the most expensive time of the price cycle.

“The price on any given day might vary between 10c and 12c so it’s definitely worth shopping around,” he said.

He said drivers could save an average of $5 when filling an average 50L tank by being savvy. The petrol industry is working with the government to ensure the petrol data is timely and accurate, so the apps are a good resource for those feeling the pinch of rising costs.

Originally published as How expensive will petrol get and when will fuel prices fall?

Want To Make Camping Easier? Put Drawers In Your Truck