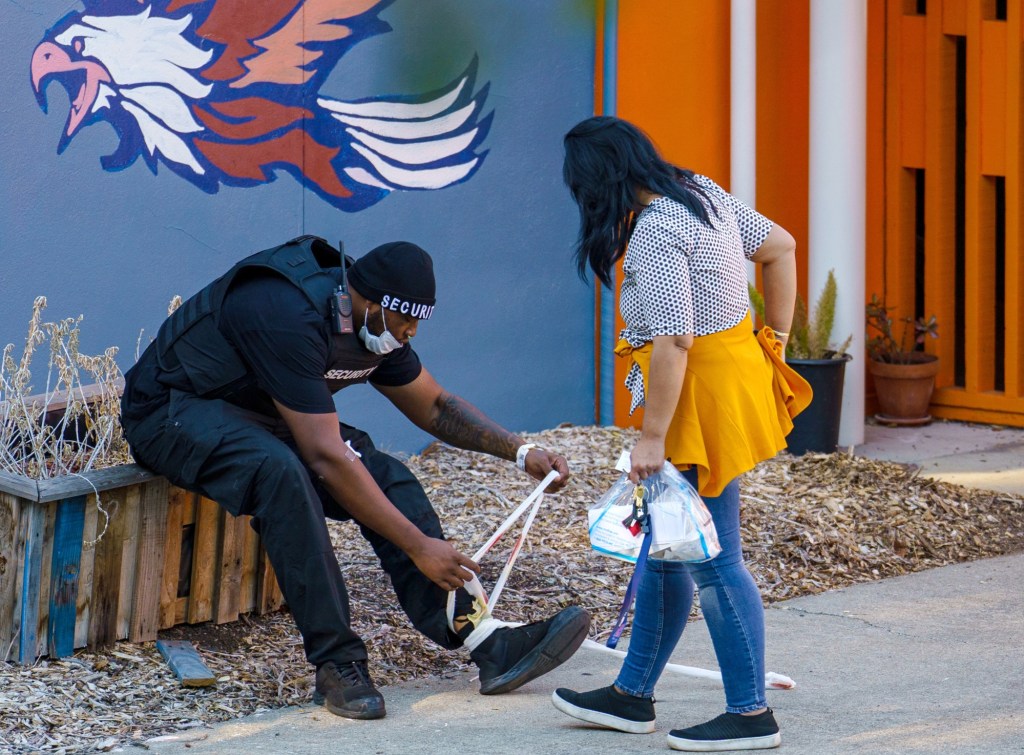 In one of the Bay Area’s worst school shootings in recent memory, six people were wounded after multiple shots rang out near a group of East Oakland schools on Wednesday afternoon, sending hundreds of students into lockdown as police swarmed the grounds searching for a shooter who hours later had not been captured.

Three people were taken by ambulance to Highland Hospital, a hospital administrator said, and another three victims were taken to Eden Medical Center, according to the Alameda County Sheriff’s Office.

The gunfire erupted shortly before 1 p.m. on the 8200 block of Fontaine Street at an Oakland Unified School District building housing three campuses.

Oakland Police Assistant Chief Darren Allison said authorities are “actively looking for at least one shooter,” but he added other individuals may be involved. He said the shooting occurred at a portion of the school complex called Rudsdale, with some victims located inside the high school.

Click here if you’re unable to view the photos on your mobile device.

Bette Midler, use the element of surprise