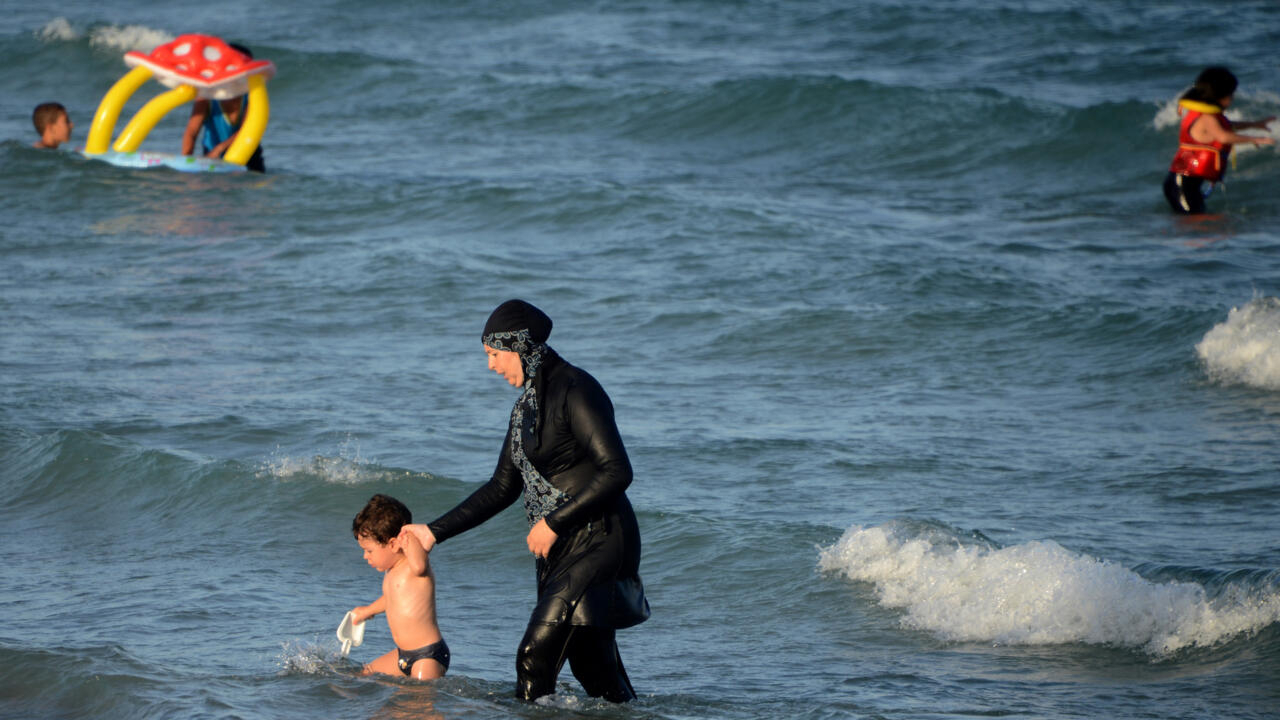 Burkinis have been a long-standing catalyst for dispute in France, calling societal attitudes towards Islam and feminism into question. Rule changes in Grenoble’s swimming pools suggest that opposition to the garment could be receding.

With summer opening times for municipal swimming pools soon to come, Grenoble’s town hall will vote on May 16 on potential changes to swimwear rules.

So far, so ordinary. It is not unusual for French swimming pools to issue strict swimwear regulations; in most, swimming caps and body-hugging, lycra outfits are a must. But in Grenoble, Mayor Éric Piolle wants to make the rules more permissive, especially for female swimmers.

“Our wish is to get rid of absurd restrictions,” he said. “This includes [allowing] bare breasts and swimming costumes that give extra coverage for sun protection or for beliefs. It is not about taking a position for or against the burkini specifically,” he said.

The burkini is a swimming costume that covers the entire body, including the head, leaving only the face, hands and feet visible. The planned change in Grenoble comes after protests in the city that began in 2018. In 2020 and 2021 a group of activists from the community grassroots association Alliance Citoyenne protested by wearing burkinis in Grenoble’s swimming pools.

One of these was Taous, a Muslim who lives in Grenoble and wears a hijab. “I love the feeling of being in the water, but those protests were the first time I’ve been able to put my feet in a swimming pool in France,” she said. When her children go to the pool, Taous watches rather than swimming with them.

She is adamant the rules should change not just to allow burkinis, but to allow more choice for all women. “The rules are not specifically about burkinis,” she said. “They are also planning to allow women to show their breasts if they want to. It’s really a question of feminism and letting women wear what they want to. I believe in each woman’s right to choose.”

Nonetheless, it is the potential for burkinis, specifically, to be allowed in swimming pools that has sparked debate in France.

The burkini was invented by Australian Aheda Zanetti, who put her design on the market on 2004 “The idea was to make a swimming costume for Muslim women and girls, or for someone who wanted to dress modestly, “, she told FRANCE 24. “I could see there was a market. There was nothing satisfactory for women and girls who wanted to do water sports.”

She hoped her design would lead to greater integration for Muslim women and others who did not feel comfortable in smaller swim wear, but in France the garment has become a long-standing catalyst for dispute.

In Grenoble, local politicians were quick to counter the mayor’s plans to allow burkinis in swimming pools. In May, the president of the Auvergne-Rhône-Alpes region, Laurent Wauquiez, accused the mayor of “submitting to Islamism” and threatened to cut grants to the town if the measure was passed.

Dozens of local officials have also signed appeals to cancel the town hall vote on the measure, which they say has been “imposed by minority groups with the sole objective of permanently testing the sensitivity of our institutions to religious symbols”.

At the heart of the debate is France’s laïcité (or secularism) laws that strictly separate the church from the state and give French authorities the power to ban religious symbols in public places.

Such laws are common: in 2004 a law banned the wearing of religious emblems in schools and colleges. But in recent years, accusations have grown that France uses the law to disproportionately target its Muslim population.

In 2010, France became the first European country to ban the full-face veil in public places. Today, The French Football Federation bans female players from wearing hijabs (scarfs which cover the hair) even though the international football governing body FIFA does not.

The peak of anxiety over burkini-wearing in France came following two largescale attacks on French soil, carried out by Muslim extremists. In November 2015 in Paris coordinated attacks in bars, restaurants and a concert hall killed 137 people. Seven months later in July 2016, a truck driver deliberately drove into crowds celebrating Bastille Day on the Promenade des Anglais in Nice, killing 86 people.

In a climate of heightened fear and mistrust of the Muslim community, mayors in around 30 towns in France mobilised secularity laws to ban burkini-wearing on beaches in summer 2016 with fines of up to €38 for rule breakers.

France’s then prime minister Manuel Valls came out in support of local mayors, calling the burkini “the expression of a political project, a counter society, based notably on the enslavement of women”.

Meanwhile Human Rights Watch declared the ban “shameful and absurd”, and images taken in August 2016 of police officers in Nice surrounding a woman at the beach with her children and demanding she remove her burkini sparked international outcry.

“The only women being excluded from beaches are Muslims wearing the veil,” Hanane Karimi, doctor of sociology at Strasbourg University and feminist, told FRANCE 24. “It’s segregation based on religious beliefs. It creates boundaries based on identity and strengthens racist discourse.”

‘Wear what you want!’

Nonetheless, the burkini is still seen as controversial by some. In May 2022, a survey run by French right-wing news channel Cnews found that 73 percent of people in France would prefer that burkinis were banned in swimming pools.

This is largely because they are seen as a religious symbol, rather than a swimming costume. “I get women, often older women, coming up to me asking if they can wear burkinis too because they don’t want to show their body” Taous says. “I say, of course you can. They are available for everybody to buy. You don’t have to be a Muslim.”

Meanwhile, support for burkini-wearers has been quietly growing. In 2018, a rule change in Rennes municipal swimming pools authorised burkini-wearing.

In light of Grenoble’s proposed rule changes, more than 100 high profile feminist organisations, and feminists including Caroline De Haas and Alice Coffin, have publicly supported an open letter written by Alliance Citoyenne entitled ‘In May wear what you want!’

Regardless of the result of Monday’s vote, the outcome looks set to cause a stir. Protests for and against the burkini are planned outside Grenoble’s municipal council building.

As the debate rages, Mayor Piolle has tried to calm tensions. “In Grenoble we are planning a change to swimming pool rules to ensure equality of access to public services, and the freedom to dress or undress,” he said in a tweet. “The burkini is a non-subject.”