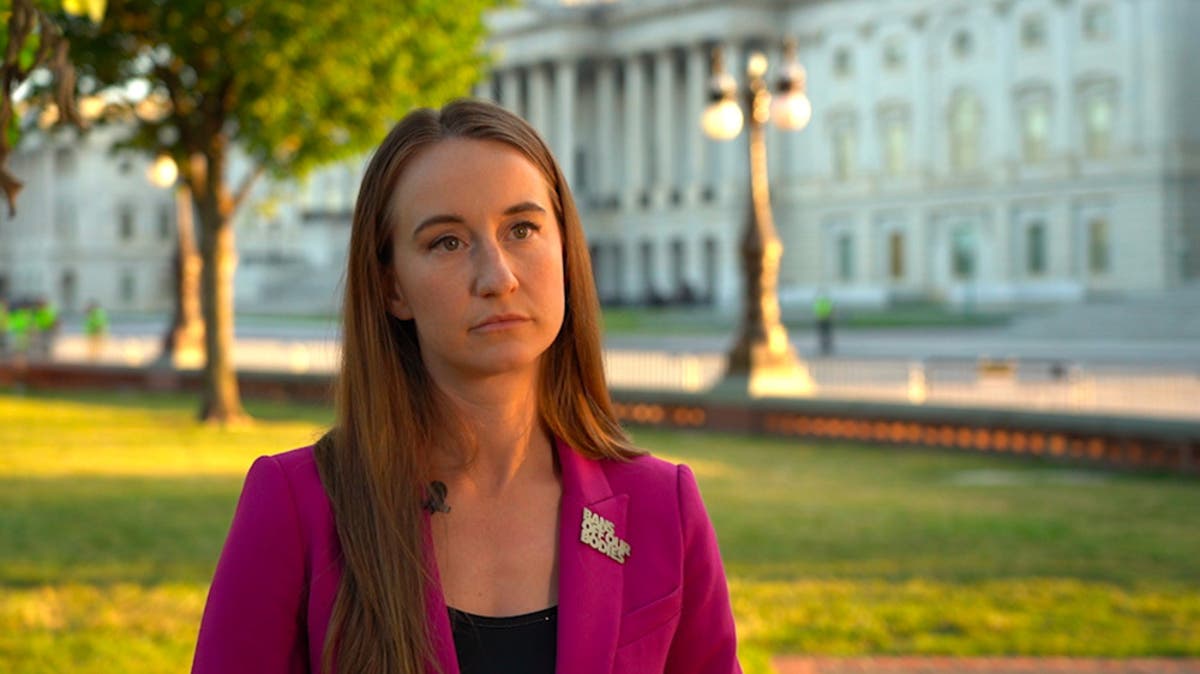 Planned Parenthood has insisted that its “doors are open” to Americans in need of abortion care after the Supreme Court wiped out 50 years of reproductive rights and indicated that it could seek to overturn other rights next.

Kate Smith, senior director of news content for Planned Parenthood Federation of America and Planned Parenthood Action Fund, spoke to The Independent outside the US Supreme Court on Friday evening where pro-choice advocates flocked to protest the striking down of Roe v Wade.

Ms Smith sent a message to women in states where abortion was immediately banned who are now facing the prospect of carrying a forced pregnancy, saying that “help” is available.

“If you’re finding yourself in that situation, if you’re reading today’s headlines and you’re feeling hopeless, know that there are people all over the country that want to help you and they have the resources to help you,” she said.

“Our message to our patients and supporters all over the world is we will not back down. We are with you. It does not matter what the court says.

“We believe in legal abortion. We will help every single patient access that right to be pregnant or not when that person wants to be.”

The nation’s leading provider of sexual and reproductive healthcare and sex education had known this day was coming for a long time, said Ms Smith, pointing out that “we tried to tell people”.

“The reality is we’ve known this moment has been coming for a long time so we made a lot of preparations both from a litigation team and also on the ground with our health centres,” she said.

“We’ve been setting up logistics centres all over the country in red states where abortion services will be going dark very soon.”

“The most important thing is our doors are open – we are helping patients.”

Ms Smith warned that “we already know what happens when abortion is banned,” and that women of colour and low-income will be hardest hit by the loss of the constitutional right to abortion access.

“We know abortion bans disproportionately impact patients who are of colour, Latina, Indigenous communities… the reality is if you have the means and are wealthy and have resources you will always be able to access abortion,” she said.

A staggering 36 million women are soon going to be living in states that no longer have access to abortion, she said, admitting that “the reality is we know that these obstacles will just be too much to bear for some patients”.

“We know that there will be patients in this country pregnant against their will and that is the reality of today’s decision,” she said.

Following Friday’s ruling, abortion instantly became illegal across several Republican-led states including South Dakota, Louisiana and Kentucky after they implemented “trigger laws” to ban the procedure as soon as Roe was overturned.

Around half of all US states are expected to ban or severely restrict abortion now that Roe has been lifted.

Ms Smith urged people wanting to access abortion services to go to AbortionFinder.org where they can get help.

The overturning of Roe is only the start, she warned, saying that “other rights are next” to be attacked by the nation’s highest court – made up of six conservative justices and three liberals.

“Absolutely other rights are next,” she said.

“And the rights we’re talking about for Roe is the 14th Amendment so that’s due process and Roe isn’t the only case on which that was determined,” she said, pointing to the right to marriage equality, interracial marriage and birth control.

“So many of our rights that maybe we’ve taken for granted are on the line if the Supreme Court no longer believes that the 14th Amendment supports the right to illegal abortion.”

Justice Clarence Thomas indicated that he wanted to “reconsider” other rights codified under the 14th Amendment in his opinion concurring with the majority ruling.

He wrote that the Supreme Court should also “reconsider all of this Court’s substantive due process precedents, including Griswold, Lawrence, and Obergefell.

“We have a duty to ‘correct the error’ established in those precedents,” he wrote referring to the rulings that Americans have a right to contraception, to same-sex sex and same-sex marriage.

Ms Smith blasted the Supreme Court for “failing” the American people and said that “anyone who says the majority of Americans want abortion to be illegal is just lying to you”.

She pointed to research showing eight in 10 support the legal right to abortion.

“Eight in 10 Americans want something that the Supreme Court has just made illegal in more than half the states.

“So any politician that is getting in the way of what the American people want that is a problem.”

Lawmakers who were elected by the American people need to “be on our side”, she said.

She added: “I’m very hopeful that after Congress and the White House sees the outcry that we’re seeing today at the Supreme Court and all over the country it will tell them what the American people want and they will deliver on that.”