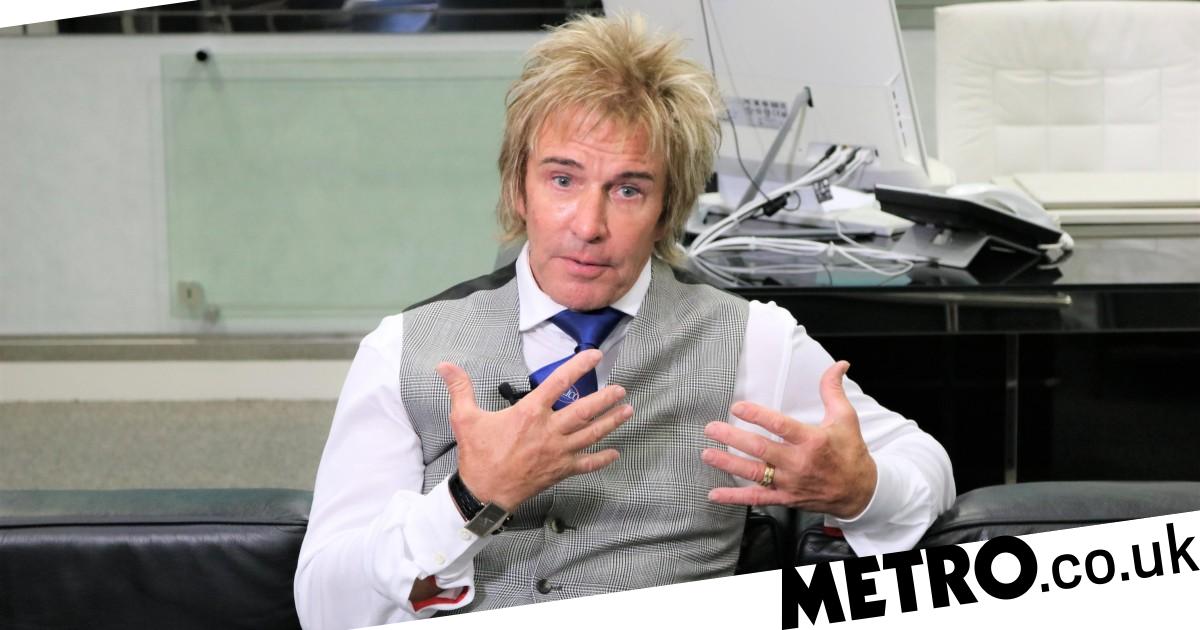 Charlie Mullins spent the first 11 years of his life living with his parents and three brothers in rented rooms in Camden, before they ‘moved up in the world’ to a three-bedroom flat on the Rockingham Estate, in the Elephant And Castle.

Now the 69-year-old multimillionaire plumber, who made his fortune from Pimlico Plumbers, a business he set up in 1979, lives in a penthouse in London.

And last year, the divorced father of four sold Pimlico Plumbers for £145million to an American firm.

We chatted with Charlie about his money and work journey.

What was your first job?

That depends on your definition of a job. When I was ten, I used to bunk off school for days at a time to help Bill, our local plumber. We worked in big houses, the like of which I’d never been in before. In return for my help, Bill used to buy me lunch of eggs and chips with white bread and loads of butter at the greasy spoon.

For a council estate kid like me, who wasn’t a natural fit at school, it seemed like a pretty good deal at the time and sowed the seed for my future passion. I learnt a lot. I was like a sponge, and the teachers didn’t seem to miss me… or at least they weren’t too desperate to find me and get me back into school!

How much were you paid?

Bill used to pay me two bob a day (10p), which I thought was decent for a ten-year-old. I also used to run errands around the local estate. I’d go to the corner shop to get a neighbour a packet of fags, and when I got there, I’d ask the shopkeeper if he needed anything, and I’d get paid for bringing the fags, and again for a trip to the dry-cleaners for the shopkeeper. From a young age I learnt that in business you need to cut down on dead time when you’re not getting paid.

What would be your money-no-object purchase?

The answer is a villa at Jumeirah Beach, in Dubai. The starting price is about £1m but if you want a really nice one, the sky’s the limit. I have fallen in love with the place, and I love going out there. At the moment I get a hotel suite or even rent a villa, when there, but I’m on the lookout for a villa [to buy] for when I’m not at home in London or on holiday in Spain.

What luxury would you not give up?

Even though I don’t need to dress for work so much since selling my company, I do love a Savile Row suit. There’s something about having something made just for you, from the best materials and by master tailors.

Has the way you worked changed over time?

Yes, definitely. When I started out, I was a one-man band. Pretty soon I realised I needed to employ more people, so I did. But it was hugely stressful trying to make sure there was always enough work for everyone and at other times that I had enough workers to keep all the customers happy.

Then the 1990s recession hit and the bankers that lent me money wanted it back. They didn’t care. I stood to lose it all, including my house.

But I fought hard for everything I’d worked for, including switching to a contract model, that made a lot of money for a lot of my best people, and I got to the other side.

The experience left me with an innate dislike of bankers, or should I say, crooks in suits.

What’s been your biggest financial regret?

I’ve always been a Bentley man – I’ve had six or seven over the years. But one time I thought I’d go for a Rolls… To cut a long story short it just wasn’t as good; it looked great, but truth is it was just one problem after another: the electrics kept going wrong and the steering and brakes weren’t too clever either. My driver was a bundle of nerves! I only had it for two months before I got rid of it and went back to the Bentley. I’m sticking with Bentley for good now.

In the olden days if you bought a Ford or Vauxhall and it kept breaking down it was referred to as a Friday car, as it had come out of the Dagenham factory on a Friday when people were more interested in knocking off home for the weekend. I don’t know how they work at Rolls-Royce, but my Roller was definitely a Friday car.

Would you consider yourself to be savvy with your personal finances?

I know the value of a pound, if that’s what you mean. I still have an old pound note on my desk at home – it used to be in my office at Pimlico. I do like to enjoy my money, though. I think it comes from not having a lot when I was a kid. When I’m doing business deals, I’m always looking for a bit extra. Ask anyone. But when it comes to personal stuff, I think you need to let your heart rule a bit more.

What was your last impulse purchase?

I said I was a spender, but I like to do my research when I’m after something special.

I did splash out on a suite at the Burj Al Arab last time I was in Dubai. I had a regular suite booked, but I couldn’t resist the allure of that giant, sail-shaped, six-star hotel on its own island, so I called them up and booked it.

Amazing hotel, great view, gorgeous rooms and bars… and at £3,500 a night, one hell of a bill. But it was worth every penny.

I used to carry a roll of £20 notes in my pocket until just a few years ago. I still like to have a bit of cash in case of an emergency, but I have to admit there are less and less places to use the stuff these days, so I’m a reluctant credit card user now.

What was the first thing you spent a lot of money on?

Everything’s relative, but for me it was the million euros I spent on my first villa in Marbella.

What has been your best investment?

I’ve always gone against advice and owned my own business premises. My Sail Street headquarters in central London was my third building, and I thought we’d never outgrow it.

I was wrong on that, and as the company expanded, we filled it in just a few years. Financially I made a fortune from the bricks and mortar. I think its value went up ten times since I bought it.

But I think it was more valuable than that. It gave me a solid base to build my business and to project to the world that we were the best, and a company worth dealing with. I think without a real permanent headquarters we wouldn’t have been so successful.

And I also think with the current craze for working from home, people are going to start realising a business needs a proper focal point.

Do you own a home?

I have a great penthouse apartment in London on the side of the Thames. I bought it in January 2022. I rented it for a couple of years, but I realised it’s the best place for me in London, the city that I love and where it all happened for me. It has a great balcony overlooking the river, and the views are spectacular.

The only thing wrong with it is the weather, but it’s home. I’ve been having work done to get it just perfect for me for three years now and it’s really starting to feel like home.

Charlie Mullins has recently invested in Great British Radio – a new radio station that entertains its listeners with a mixture of humour, upbeat interviews and popular music. The station’s unique selling point is that it refuses to carry scheduled news bulletins. Great British Radio is available on DAB+ in Herts, Beds, Bucks, north London, Surrey and south London and via radio player at greatbritishradio.org or download the app.


MORE : Is it ever OK to turn down a wedding invitation due to money?

Here’s How to Apply Under Agnipath Scheme, From Eligibility to Selection, All You Need to Know