Polish and Ukrainian activists march for LGBTQ rights in Warsaw 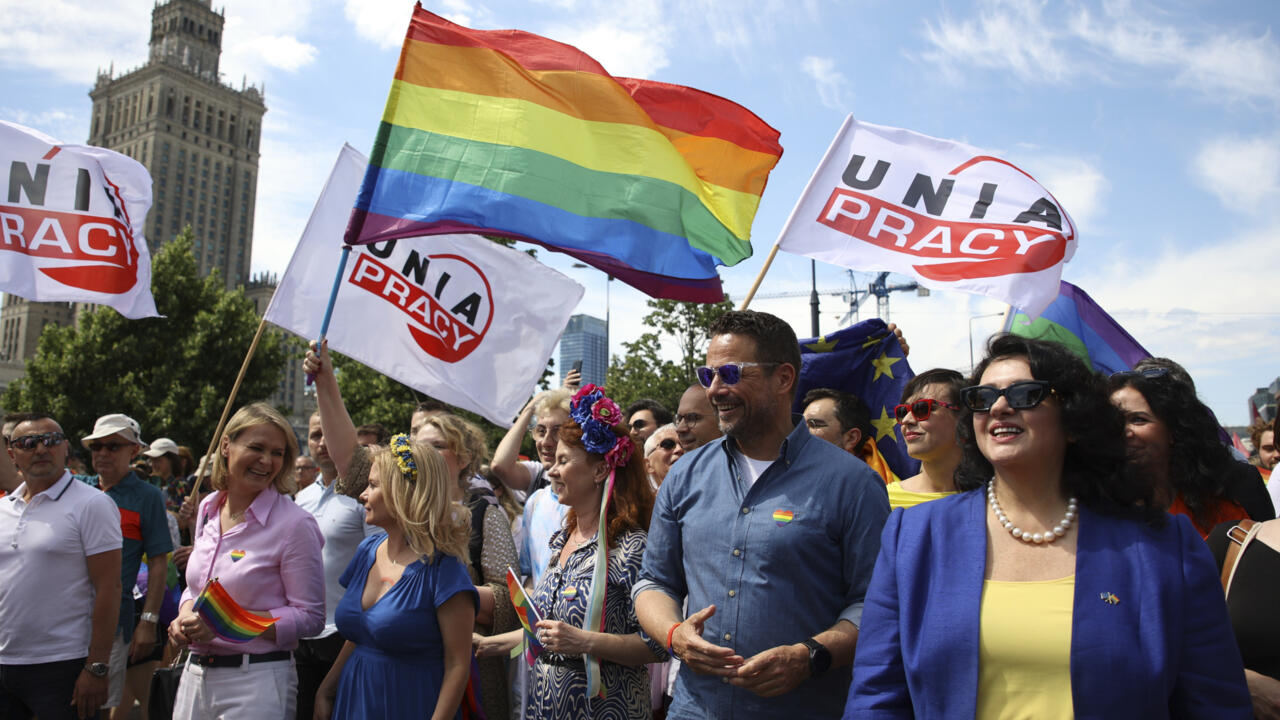 The march however started with a minute of silence for two people killed in a shooting near a gay bar in Norway’s capital Oslo in the early hours of Saturday.

Norwegian police have arrested a man suspected of “Islamist terrorism” over the shooting, which also wounded 21 and caused Oslo’s Pride to be called off.

But Norway’s ambassador to Poland Anders Eide said love and justice would “prevail”.

“Our fight for equal rights for all and our support for the LGBTQ+ community is unequivocal and it will remain so,” he told AFP at the start of the procession.

Lenny Emson, director of the Kyiv Pride, thanked the Warsaw Pride and Polish community for including Ukraine’s LGBTQ activists in their parade.

Emson said the Ukrainian LGBTQ community wanted its rights to survive but that, for that to happen, war in Ukraine needed to stop.

Poland has hosted by far the largest number of Ukrainian refugees within the European Union — more than 1.1 million according to the latest UN figures.

The Warsaw Pride is being held with full backing from the city’s liberal mayor Rafal Trzaskowski.

But other parts of the country, which is ruled by a right-wing government, are less welcoming of gender or sexual minorities.

In the Ukrainian capital Kyiv, dozens of remaining members of the LGBTQ community held a small gathering at a night club in the centre of town.

Inside, a couple embraced wrapped in a yellow and blue Ukrainian flag as dancers on stage performed to the sound of the Village People’s “YMCA”.

“What is most important is to accept people as they are,” said 28-year-old Victoria Myhoula. People should first and foremost focus on “what we can do today to help our country”.

“If we are inching towards the European Union, we need to show that society is open” in Ukraine, Myhoula added.

Nightclub sponsor Oleksiy Krasnenko, 26, said he was proud to be contributing some of its earnings to the Ukrainian army to help repel the Russian invasion.

“Ukraine is a free, open country,” he said, though admitting there was some discrimination.

During the last Kyiv Pride before the coronavirus pandemic in 2019, police deployed en masse because far-right and Orthodox Cristian activists staged counter-protests.

While low-key, Saturday’s event did however attract a small group of young men in military-type clothing, who sparked a brief fight outside the venue. Police swiftly broke it up.

Supreme Court Ruling Causing Confusion In Michigan, Even Though Abortion There Is Legal