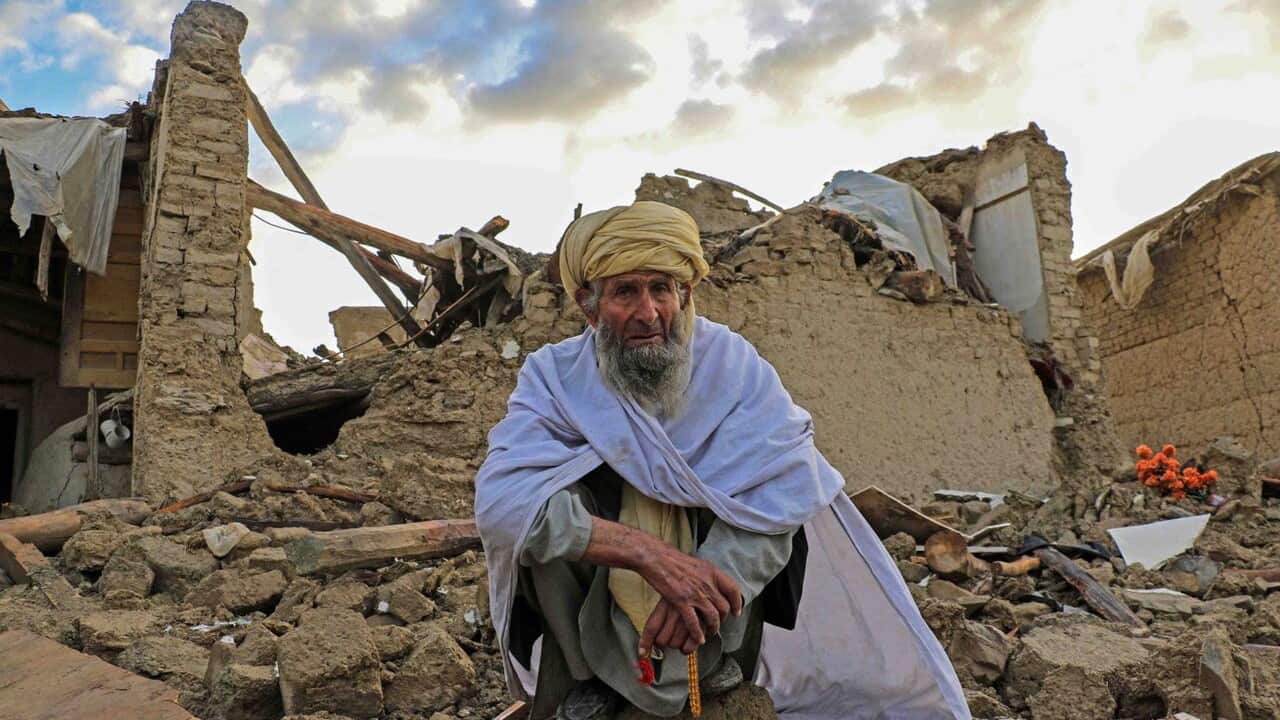 Disaster officials in Afghanistan are struggling to reach a remote area hit by an earthquake that has killed at least 1,000 people, with poor communications and a lack of proper roads hampering their efforts, officials say.
The magnitude 6.1 earthquake struck early on Wednesday about 160 kilometres southeast of Kabul, in arid mountains dotted with small settlements near the border with Pakistan.
“We can’t reach the area, the networks are too weak, we are trying to get updates,” Mohammad Ismail Muawiyah, a spokesman for the top Taliban military commander in the hardest-hit province of Paktika told Reuters, referring to telephone networks.
The earthquake killed some 1,000 people and injured 1500, he said. More than 3,000 houses were destroyed.

About 600 people had been rescued from various affected areas on Wednesday night, he added.

Afghan media published pictures of houses reduced to rubble and bodies swathed in blankets on the ground in the hours after the earthquake struck.

Accurate information from remote mountain villages has been limited.

The rescue operation will be a major test for the hardline Islamist Taliban authorities, who took over the country last August after two decades of war and have been cut off from much international assistance because of sanctions.
“People are digging grave after grave,” said Mohammad Amin Huzaifa, head of the Information and Culture Department in Paktika.
“People are still trapped under the rubble,” he told journalists.

The number of deaths climbed steadily all day as news of casualties filtered in from hard-to-reach areas in the mountains, and the country’s supreme leader, Hibatullah Akhundzada, warned it would likely rise further.

More than 1,000 people were killed and over 1,500 were injured in the earthquake. Source: AAP / STRINGER/EPA

The earthquake struck areas that were already suffering the effects of heavy rain, causing rockfalls and mudslides that hampered rescue efforts.

“It was a horrible situation,” said Arup Khan, 22, recovering at a hospital in the Paktika provincial capital of Sharan.
“There were cries everywhere. The children and my family were under the mud.”
He said rescuers pulled him out of the wreckage of a guesthouse, but two relatives were killed at his nearby home.

Footage released by the Taliban showed local residents of one village digging a long slit trench to bury the dead, who by Islamic tradition should be laid to rest facing Mecca.

The disaster poses a huge challenge for the Taliban, who have largely isolated the country as a result of their hardline Islamist policies – which particularly includes the subjugation of women and girls.
Even before the Taliban takeover, Afghanistan’s emergency response teams were stretched to deal with the natural disasters that frequently strike the country.
But with only a handful of airworthy planes and helicopters left since they returned to power, any immediate response to the latest catastrophe is further limited.

“The government is working within its capabilities,” tweeted Anas Haqqani, a senior Taliban official.

An ambulance transports victims of earthquake in Gayan village in Paktia province. More than 1,000 people were killed and over 1,500 others injured after a 5.9 magnitude earthquake hit eastern Afghanistan before dawn on 22 June. Source: AAP / STRINGER/EPA

“We hope that the International Community & aid agencies will also help our people in this dire situation.”

The United States, whose troops helped topple the initial Taliban regime and remained in Afghanistan for two decades until Washington pulled them out last year, was “deeply saddened” by the earthquake, the White House said.
“President Biden is monitoring developments and has directed USAID (US Agency for International Development) and other federal government partners to assess US response options to help those most affected,” National Security adviser Jake Sullivan said in a statement.

Other partners of the US-led mission in Afghanistan – including Australia – were quick to offer assistance.

Australian Foreign Minister Penny Wong said: “Australia will work with partners to respond to this crisis.”
Australia’s Department of Foreign Affairs and Trade (DFAT) said on Wednesday evening that it was not aware of any Australian casualties, adding that it had received no calls to the consular emergency centre.

The United Nations and European Union have also offered aid.

“Inter-agency assessment teams have already been deployed to a number of affected areas,” the UN Office for the Coordination of Humanitarian Affairs (UNOCHA) in Afghanistan said on Twitter.
Tomas Niklasson, EU special envoy for Afghanistan, tweeted: “The EU is monitoring the situation and stands ready to coordinate and provide EU emergency assistance to people and communities affected.”
Neighbour Pakistan, where officials said one person was killed in the quake, said it would send emergency aid – including tents – across their border.
Afghanistan is frequently hit by earthquakes – especially in the Hindu Kush mountain range, which lies near the junction of the Eurasian and Indian tectonic plates.

Scores of people were killed and injured in January when two quakes struck the western province of Badghis, damaging hundreds of buildings.

In 2015, more than 380 people were killed in Pakistan and Afghanistan when a 7.5-magnitude earthquake ripped across the two countries, with the bulk of the deaths in Pakistan.
Afghanistan’s deadliest recent earthquake killed 5,000 in May 1998 in the northeastern provinces of Takhar and Badakhshan.
From the Vatican, Pope Francis offered prayers for victims of the latest quake.
“I express my closeness with the injured and those who were affected,” the 85-year-old pontiff said at the end of his weekly audience.
Wednesday’s quake occurred at around 1:30 am at a depth of 10 kilometres, some 47 kilometres southwest of the city of Khost, according to the United States Geological Survey.

It was felt as far away as Lahore in Pakistan, 480 kilometres from the epicentre.