Pride and the police: A complicated history for the LGBTQ community 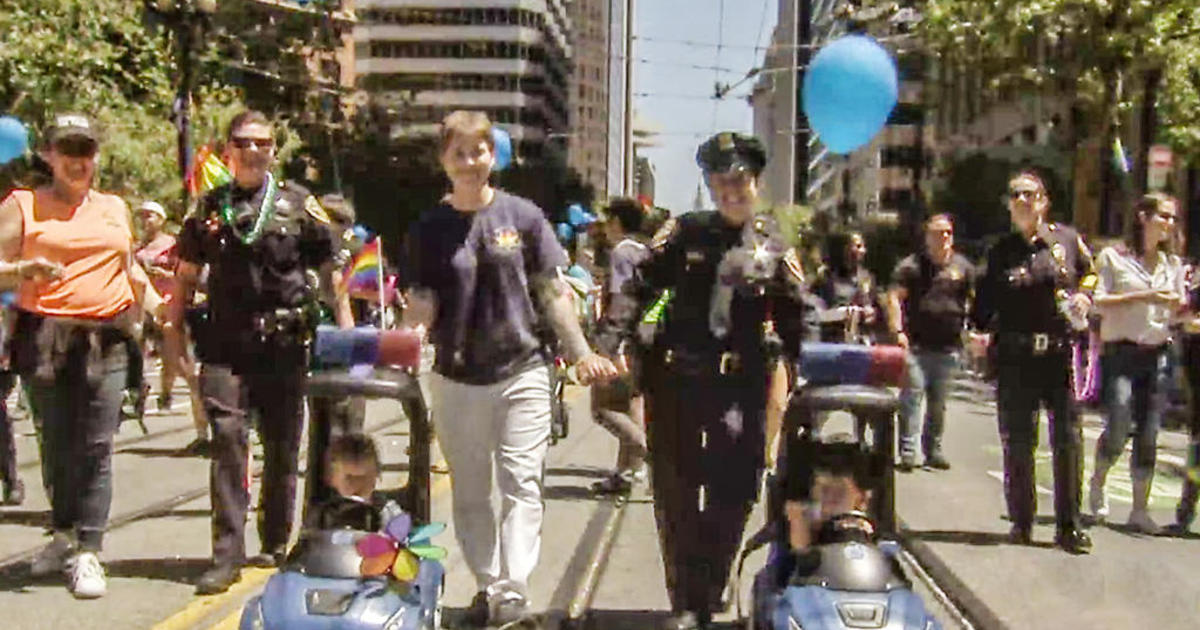 SAN FRANCISCO – While the pride flag is bright and colorful, history shows us the ties between law enforcement and the LGBTQ community has been dark and full of tension.

In 1969, the Stonewall Riots took place and are widely considered a watershed moment in the struggle for LGBTQ rights.

The Stonewall Inn in New York City was a haven for the city’s gay, lesbian, and transgender community. On June 28th, the police raided the Inn in Lower Manhattan but on that fateful night, patrons fought back.

San Francisco had a similar transformative uprising that occurred three years prior to the Stonewall incident.

It all began in the summer of 1966, at a location in the Tenderloin known as Compton’s Cafeteria. The all-night eatery was located at the Corner of Turk and Taylor. Unlike the better documented Stonewall Uprising, only a small plaque on the sidewalk commemorates the riot as well as a small exhibit at the Tenderloin Museum.

“Compton’s Cafeteria was a 24-hour diner in which people sort of migrated towards to end their night,” recounted Jupiter Peraza. Peraza is Director of Social Justice Initiatives of the Transgender District.  Unlike Stonewall, there are no photos, or other media. Even the SFPD police records have been destroyed.

Winters is an openly transgender woman who is currently the LGBTQ Liaison Officer with the SFPD’s Community Liaison Unit.

Compton’s Cafeteria symbolizes a moment of ignition of hostilities between the LGBTQ community and the SFPD.

Even as the Castro District grew into an epicenter of political power, the tensions and brutality remained.

Harvey Milk openly spoke out about police brutally targeting the community. He then ran for San Francisco Supervisor and won, becoming the first openly gay elected official in the United States.

Frustrations reached a crescendo on May 21, 1979, when former police office and San Francisco Supervisor Dan White resigned from job, tried to get it back, but was told it was too late.

White arrived at City Hall, where he assassinated Mayor George Moscone and Harvey Milk. The trial jury found White guilty of voluntary manslaughter instead of 1st degree murder. That ignited another historic event known as the White Night Riots.

The gay community was outraged by the verdict and White’s light 7-year-sentence. They took to the streets in what was first a peaceful demonstration through the Castro District.

Once the group arrived at San Francisco City Hall, the march turned violent. Police cars were torched, windows broken, and a large piece of concrete was thrown at San Francisco Supervisor Carol Ruth Silver, striking her on the head and requiring an ambulance trip to the hospital.

The White Riots caused hundreds of thousands of damages to property and injured by protestors and police.

Today, the SF Police Department has nearly 200 openly LGBTQ officers: nearly 10% of the force. Winters told KPIX back during the White Night Riots, in that era, she would have been a persona non grata at the SFPD.

And while the SFPD has many officers who belong to the LGBTQ community, some leaders told KPIX 5 it may not be enough.

“I believe that there are still tensions. What I would characterize it as — as those tensions have been swept under the rug,” explained Peraza.

Peraza pointed out that there is an increased police presence in the Tenderloin – a neighborhood beset by illegal drugs and the myriad problems associated with the illicit trafficking. She told KPIX 5 that the trans community continues to be often marginalized and that law enforcement hinders progress rather than helps to push it forward.

“Having that presence in the neighborhood does instill the idea that there isn’t a sense of autonomy or freedom in a way”, said Peraza.

Those tensions have manifested themselves recently. Last month, San Francisco Pride Parade organizers announced that LGBTQ officers could not march in the parade wearing their police uniforms. Then, Mayor London Breed announced unless the policy was reversed, she would not participate in the parade.

Last week, a compromise has been worked out: some officers will wear uniforms.

When Winters marched for the first time in 2018, her daughter was by her side. It was a moment that took her breath away.

“When we turned on to Market Street and the crowds cheered for us. I broke down in tears. It was the first time that I felt that I was really bringing all parts of myself out into the public – myself as trans woman, myself as a police officer and myself as a mother. Every part of me was walking onto Market Street that day,” recounted Winters.

She acknowledged that the controversy over the uniforms and remaining tensions have made this year difficult.

Peraza told KPIX 5 that the relationship between the LGBTQ community and the SFPD is not mended by simply have gay, lesbian, and trans officers. What is needed, she stated, was accountability.

Winters told us that past history between the LGBTQ community and SFPD can’t be erased by slapping a rainbow patch on a uniform or even marching in a parade.

“While we make progress – we realize when we get to where we think we need to be — that there is still more work to be done. What we really need is a strong collaborative relationship,” she said.

Andria Borba joined KPIX 5 in October 2013. Born in Modesto, raised in the Central Valley city of Gustine, Andria has a large extended family that stretches from Tomales Bay to the Monterey Bay and all over the San Francisco Bay Area.

Obama goes to bat for ‘workhorse’ Warnock in…