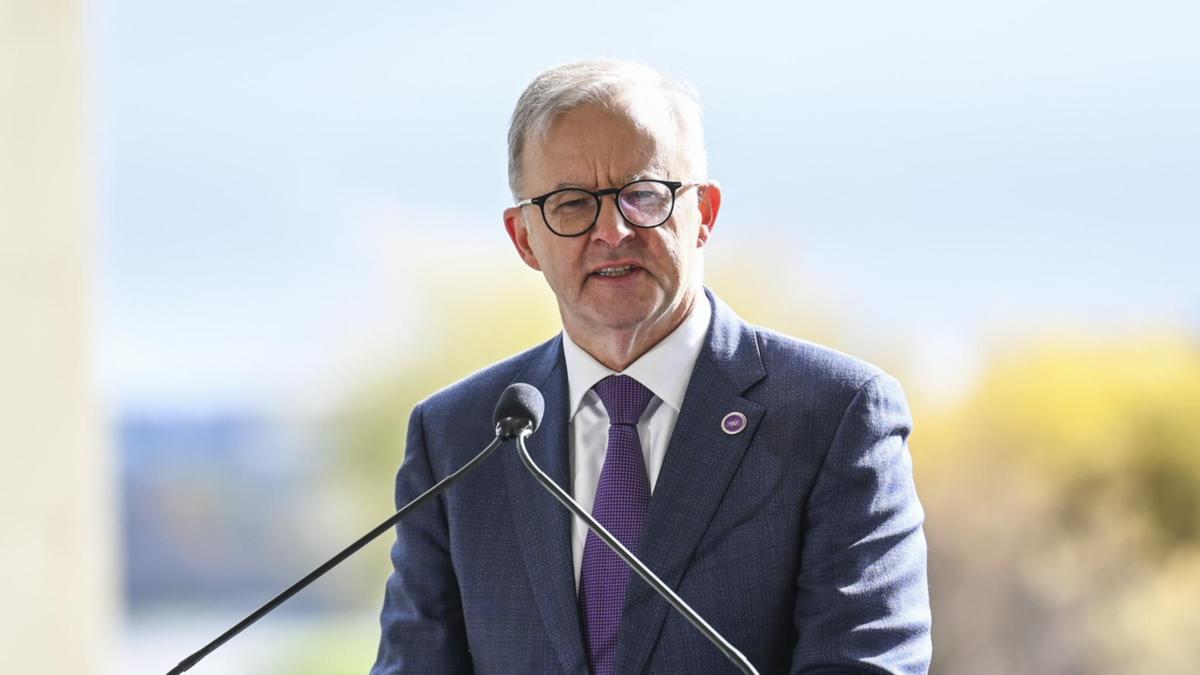 Prime Minister Anthony Albanese has named an island in Canberra after the Queen as part of celebrations of her 70th year on the throne.

The tribute was marked with a speech on Saturday morning announcing Aspen Island in Canberra’s Lake Burley Griffin would be renamed Queen Elizabeth II Island.

Mr Albanese, who is a Republican, said the tribute was in recognition of the monarch’s record-breaking and impressive, inspirational reign.

“For seven remarkable decades, Her Majesty has been an embodiment of grace, fidelity and dignity and she is for most of us the only reigning monarch most of us have known and the only one to have visited our great nation of Australia,” he said.

“Above all, she has stood with Australia as a true and steadfast friend, through the good times and also the hard times.”

Mr Albanese went on to say the Queen’s presence as head of state has been a pillar of national significance for many Australians’ lives.

“Today, the administrator and I will unveil a permanent tribute to the head of our Commonwealth, the renaming of this island, to Queen Elizabeth II island, fitting salute to Her Majesty, given her 14 visits to Canberra, the most of any working royal.”

The Prime Minister said the dedication also included the new Elizabeth Water Gardens, which would “transform” the lake’s foreshore.

“Treasure this moment, remember it. A milestone that may never be repeated in any of our lifetimes,” he said.

“We honour Her Majesty Queen Elizabeth II today and we give her name to this place in the very heart of our national capital, a place where history and progress meet.”

The ceremony to open the island included a 21-gun salute and a Royal Australian Air Force fly-past.

It comes as part of a mammoth week of celebrations across the Commonwealth to mark 70 years since Queen Elizabeth ascended to the throne.

Governor-General David Hurley, the Queen’s representative in Australia, and his wife are in London representing the country at jubilee celebrations.

‘Dr. Phil’ talk show to end after 21 years on the air – National

A talk about fraud with older adults can help younger family…