Prince William And Kate Middleton Are Clearly Fans Of This U.S. Pastime 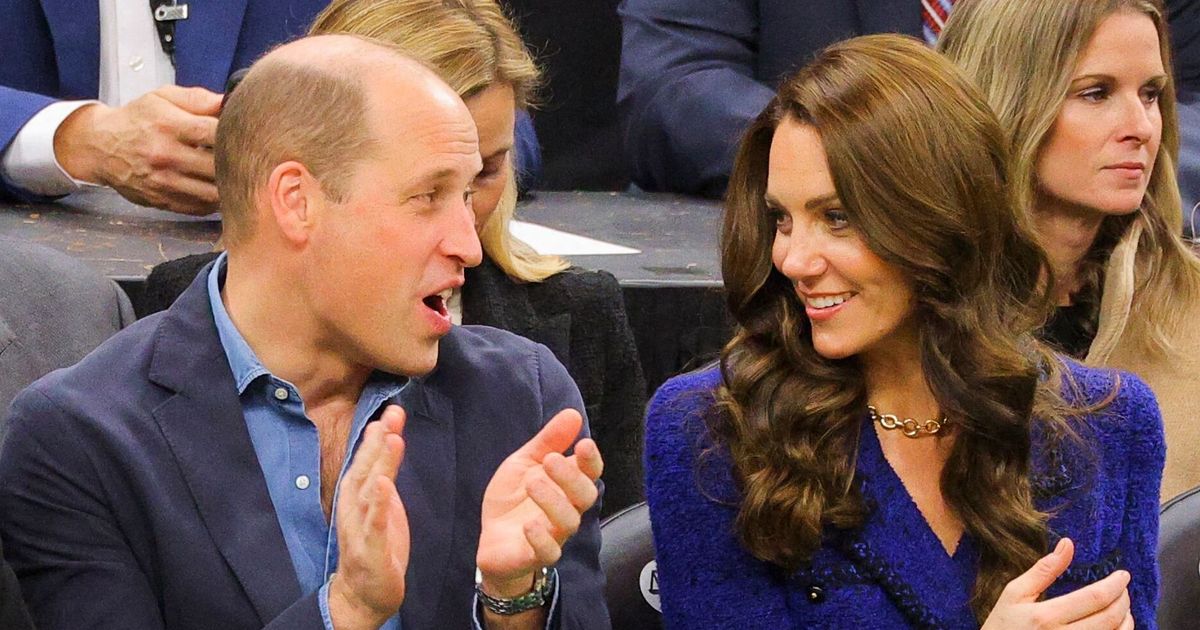 BOSTON ― Prince William and Kate Middleton are visiting the U.S. for the first time in eight years, and it’s clear that one sporting event from their 2014 tour of America stayed with them.

Just a few hours after landing in Boston on Wednesday, the Prince and Princess of Wales headed to an NBA game between the Boston Celtics and Miami Heat at TD Garden.

The two sat courtside with former Harvard basketball player and Massachusetts Gov.-elect Maura Healey ― who also played professionally ― and visited with members of the Celtics family and the Boston Celtics Shamrock Foundation.

The royals also attended an NBA game in 2014, when they saw the Cleveland Cavaliers take on the Brooklyn Nets at the Barclays Center in New York. Kate and William sat with NBA star Dikembe Mutombo during the game and later spoke with LeBron James after the game.

The two were presented with a “Cambridge” jersey by James and a smaller jersey that said “George” for their first son.

Prior to the game, the prince and princess headed to Boston City Hall to kick off the countdown to the Earthshot Prize Awards ceremony on Friday.

The crowd cheered when the couple emerged, with Will in a navy suit and Kate in a Burberry dress, Alexander McQueen coat and earrings by Shyla London, a sustainable-jewelry designer.

Fans looking to catch a glimpse of the royal couple waited for hours in a steady rain, and William delivered a speech after Boston Mayor Michelle Wu and Rev. Mariama White-Hammond, Boston’s chief of environment, energy and open space, also spoke.

“Thank you to Mayor Wu, and thank you to all the hardy Bostonians braving the rain,” William said in his opening remarks.

“Catherine and I are absolutely delighted to be with you today for our first engagement in the great city of Boston as we start the countdown to the Earthshot Prize Awards this Friday.”

To see more photos of the royal couple’s visit, check out the slideshow below:

The Prince And Princess Of Wales Visit Boston – Day 1

Prince William and Catherine, Princess of Wales, kick off Earthshot celebrations by lighting up Boston at Speaker’s Corner by City Hall on Wednesday.

The Prince and Princess of Wales arrive at Logan International Airport on Wednesday in Boston.

Royal watchers await the arrival of William and Kate at City Hall Plaza in Boston.

Prince William and Kate Middleton were greeted at the airport by Massachusetts Gov. Charlie Baker and his wife, Lauren Baker.

A fan holds a sign as she waits for the Prince and Princess of Wales to kick off Earthshot celebrations at Speaker’s Corner by City Hall.

The Prince and Princess of Wales launch Earthshot celebrations by lighting up Boston.

Finally, Pamela Anderson Has Agency Over Her Own Story In Netflix Doc