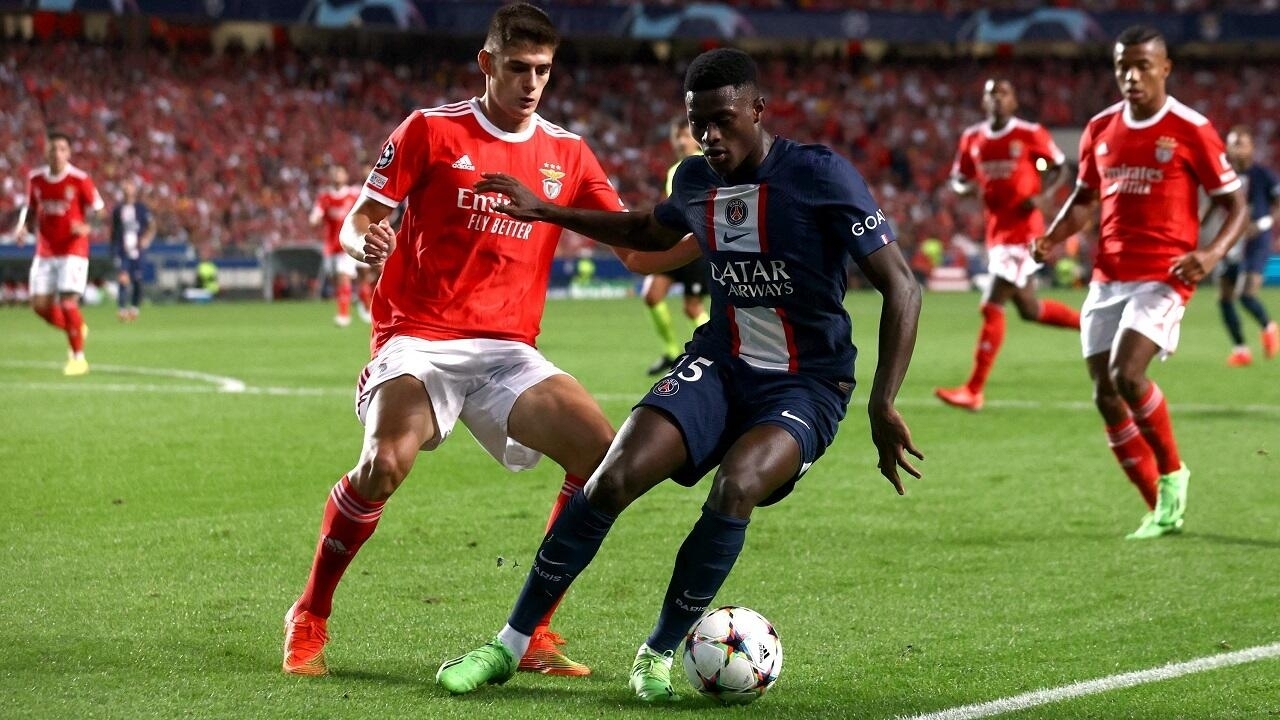 Paris Saint-Germain had to settle for a 1-1 draw at Benfica after struggling for long spells in their Champions League game Wednesday despite another well-struck goal from Lionel Messi.

Benfica started with an intense and high press that unsettled PSG in the early stages, until Messi broke the deadlock against the run of the play with his 127th goal in Europe’s top competition.

The goal came after a move involving the entire “MNM” attacking trio as Messi combined with Kylian Mbappé and Neymar before curling in a first-time shot with his left foot.

Benfica leveled before halftime thanks to an own goal from Danilo Pereira.

PSG and Benfica both won their opening two matches in Group H and have seven points. Juventus is in third place, four points off the pace, ahead of last-place Maccabi Haifa with zero.

Circulating the ball well and fast, the hosts put the French champions on the back foot from the start.

They had their first chance in the eighth minute when Gonçalo Ramos beat the offside trap from a long ball out from the back and tested Gianluigi Donnarumma with a low shot that the PSG goalkeeper parried away with his legs.

Under pressure, PSG simply could not hold onto the ball. Ramos forced another save from Donnarumma with his second effort at goal after Messi slipped and gave the ball away in the 13th minute.

Not used to facing such a flood of attacking waves, PSG was constantly exposed. Donnarumma had to produce a tremendous save in the 18th minute to deny David Neres’ effort and keep his team afloat.

And suddenly, Messi silenced the stadium.

After PSG recovered the ball near the midfield line, the Argentine star passed the ball to Mbappé, who in turn laid it off to Neymar in a triangle play.

The Brazil forward gave it back to Messi, whose superb curled shot from the edge of the box found the top corner as goalkeeper Odysseas Vlachodimos dived in vain.

Messi’s goal swung the balance in PSG’s favour as Benfica players could not maintain their early frenetic tempo.

But they kept trying. The hosts’ pressure paid off in the 41st minute after Enzo Fernandez was left unmarked on the left and had plenty of time to send a precise ball between two defenders.

Ramos could not connect with the cross, but it glanced off Pereira into the net.

A bit of confusion in the box soon after the interval could have restored PSG’s lead but Neymar’s bicycle kick from the rebound hit the crossbar.

PSG had the upper hand in the second half as Vlachodimos produced a couple of good saves to deny Achraf Hakimi and Mbappé’s efforts.

Benfica came close on the break with 10 minutes left after Rafa Silva surged through the middle only to see his effort blocked.