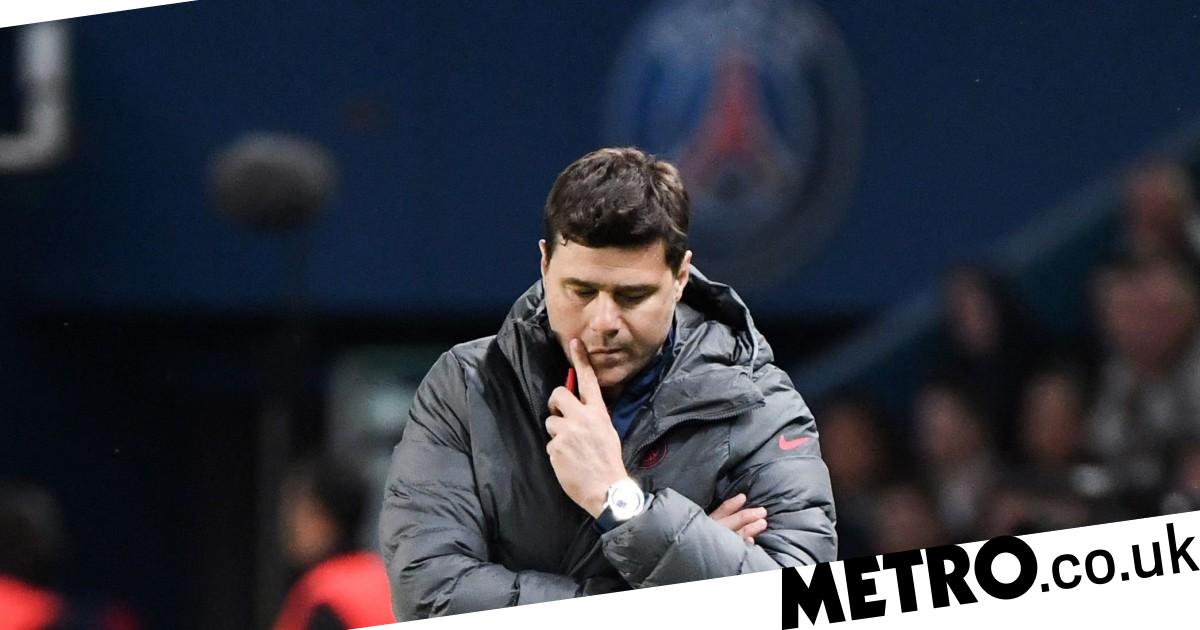 Pairs Saint-Germain are set to sack Mauricio Pochettino less than 24 hours after the club won the Ligue 1 title, according to reports in France.

PSG were crowned champions following their 1-1 draw with Lens on Saturday evening but both the team and the manager have continued to face a hostile reaction from supporters following their Champions League exit in March.

Lionel Messi, Neymar and Sergio Ramos have all been the subject of abuse from PSG fans, while supporters at the Parc des Princes loudly booed Pochettino’s name as it was read out by the stadium announcer during Saturday’s game against Lens.

Pochettino was in the running to become Manchester United’s next manager but the club announced this week that Erik ten Hag will be arriving from Ajax to replace Ralf Rangnick at the end of the season.

According to Le Parisien, Pochettino is set to become a free agent this summer as PSG are now negotiating the terms of his departure.

The report claims that Pochettino no longer wants to continue at PSG, while the club do not want the Argentine as their manager.

It’s claimed that PSG will need to pay €15 million (£12.6m) in order to sack Pochettino and his coaching staff, who have one year left on their contracts.

After PSG secured the Ligue 1 title, Pochettino openly criticised supporters for booing Messi during the game.

‘Situations that are unlikely that are not understood. How great he is, what he gives to football, and what he is going to continue giving to football.

‘I’m Happy for him. I congratulated him after the game and one more title for his record.’

Speaking after the draw with Lens on Saturday evening, PSG’s sporting director Leonardo refused to rule out the prospect of Pochettino’s exit.

‘We need to talk to him,’ said Leonardo.

‘He has a one-year contract with us. We have to see a little, in relation to everything. It’s not just the Pochettino issue.

‘It is true that it was a heavy season, for everyone.

‘We have to speak with players, not just with the coach to clarify situations, to decide on the strategy for the new season.

‘It’s a general discourse and it concerns everyone.’