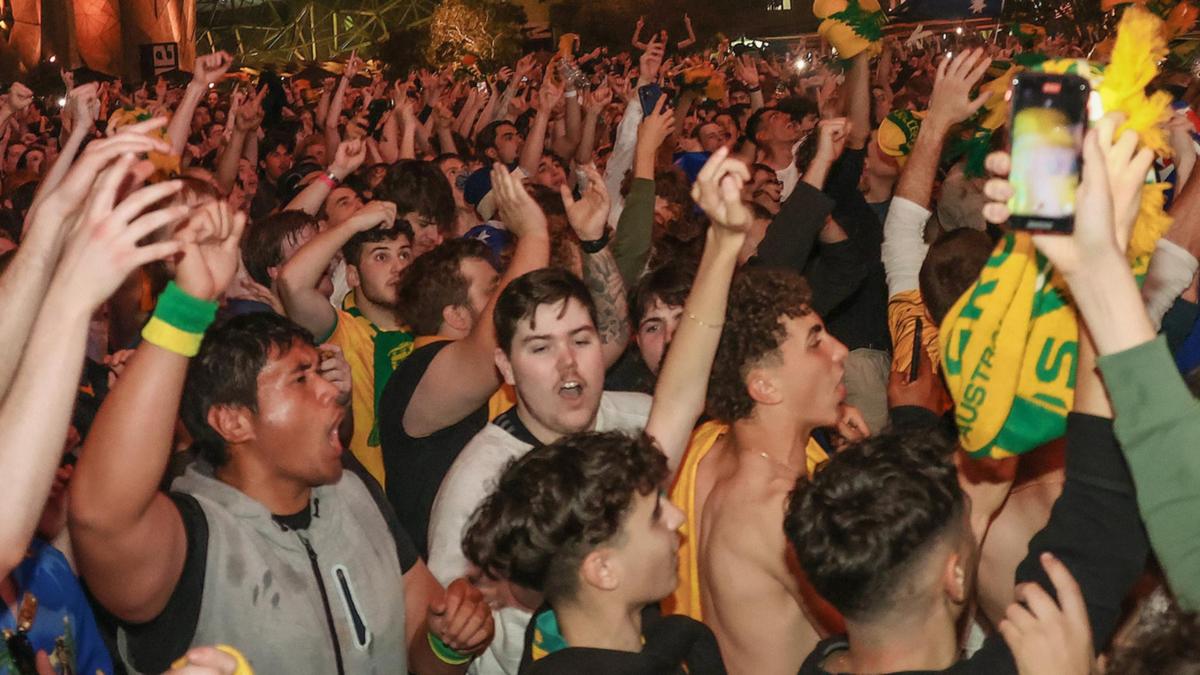 Pubs will open up in two Australian states for the Socceroos’ do-or-die third match in the 2022 World Cup.

The Socceroos will go up against Denmark at 2am on Thursday with NSW and West Australian pubs given the all clear to extend opening hours for the match.

Pubs and clubs in NSW have been allowed to open up from midnight to 5am if they broadcast the match, while licensed venues in WA can apply for a “one-off extended trading permit” to show the game and trade until 30 minutes after it.

The match will decide whether Australia qualifies for the final 16 in the global tournament.

Here’s where you can go to watch the game.

Wild celebrations broke out in pubs across Sydney on Wednesday morning as England beat Wales 3-0 in their third World Cup game.

Just after 7am, the Brits scored two quick goals in the 50th and 51st minute to Marcus Rashford and Phil Foden respectively.

Thousands of fans packed into Federation Square to watch the Socceroos’ 1-0 win over Tunisia on Saturday night.

A video captures the moment celebrations erupted into mayhem as fans reacted to Australia’s first World Cup win since 2010.

Socceroos star Jackson Irvine responded to the scenes during a live cross from the ground in Qatar.

“I wish I could do both (play and watch). That just looks absolutely incredible and I hope every single one of them has got tonight as a moment they all remember for the rest of their lives,” he said.

“I’ve been a part of those kinds of moments before as a fan and the fact that we’ve created that for somebody else is just, it’s too special to even put into words.”

Irreverent cast and producers on their new show on Peacock

What next for White Lotus? Content rules may change HBO’s streaming plans