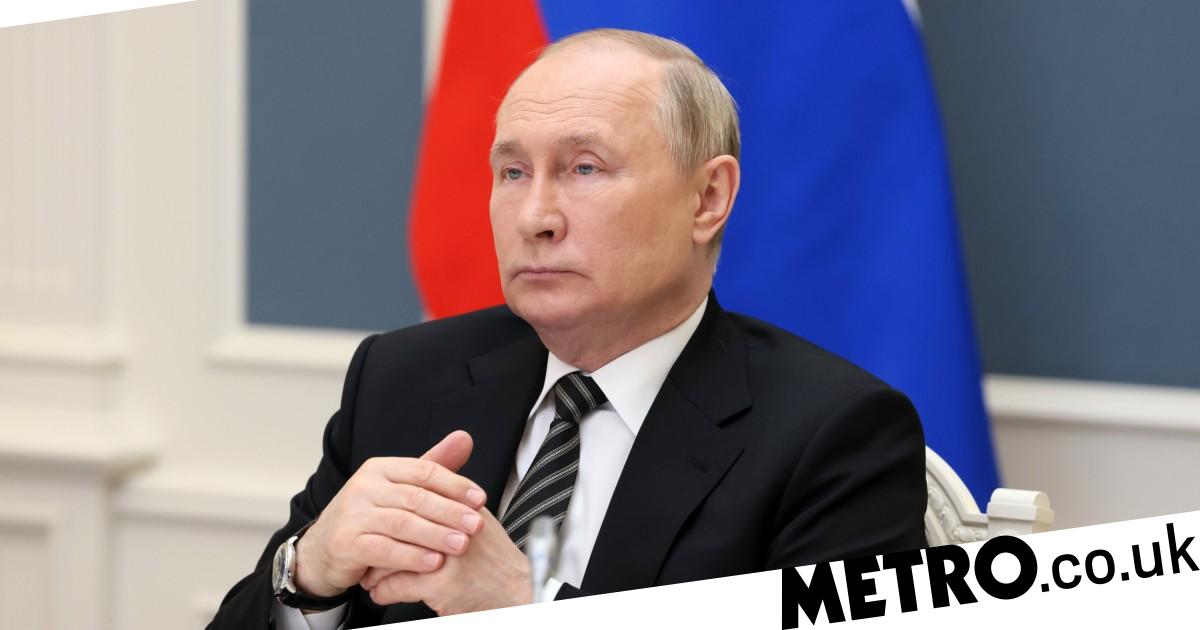 Russian president Vladimir Putin has apparently been given a maximum of three years to live by doctors.

A number of unconfirmed reports in recent weeks have suggested the 69-year-old president’s health has been deteriorating quickly.

And now an officer from the Federal Security Service (FSB) of Russia has claimed Putin ‘has no more than two to three years to stay alive’ due to ‘a severe form of rapidly progressing cancer’.

The Russian officer told The Sunday Mirror: ‘We are told he is suffering from headaches and when he appears on TV he needs pieces of paper with everything written in huge letters to read what he’s going to say.

‘They are so big each page can only hold a couple of sentences. His eyesight is seriously worsening.’

It has recently been claimed Putin may be forced to hand over control of Russia as he disappears to have cancer surgery, according to an insider.

The president allegedly already delayed the operation which was scheduled for the second half of April, but it is apparently set to happen ‘in the near future’.

Footage from earlier this year appeared to show his hand ‘shaking uncontrollably’, while he also appeared to grip a table for support.

Oscar-winning film director Oliver Stone, who spent two years shadowing Putin, claims the president had cancer but thinks he has overcome it.

But a Russian oligarch with close ties to the Kremlin recently reportedly confessed to a Western colleague Putin is ‘very ill with blood cancer’ in a secret recording.

The billionaire, whose name has been withheld for his safety, was allegedly secretly taped in mid-March expressing his contempt for the ‘crazy’ Russian president’s invasion of Ukraine.

In the recording, obtained by New Lines Magazine, he said: ‘[Putin] absolutely ruined Russia’s economy, Ukraine’s economy and many other economies — ruined [them] absolutely.

‘The problem is with his head… One crazy guy can turn the world upside down.’

Speculation over the nature of his possible illnesses has varied from Parkinson’s disease to cancer of the thyroid, a gland in the neck that controls heart rate and body temperature.

Paranoia, impulsive behaviour and delusions are known symptoms in patients with advanced Parkinson’s.

Can I be fined for driving with a flat tyre?