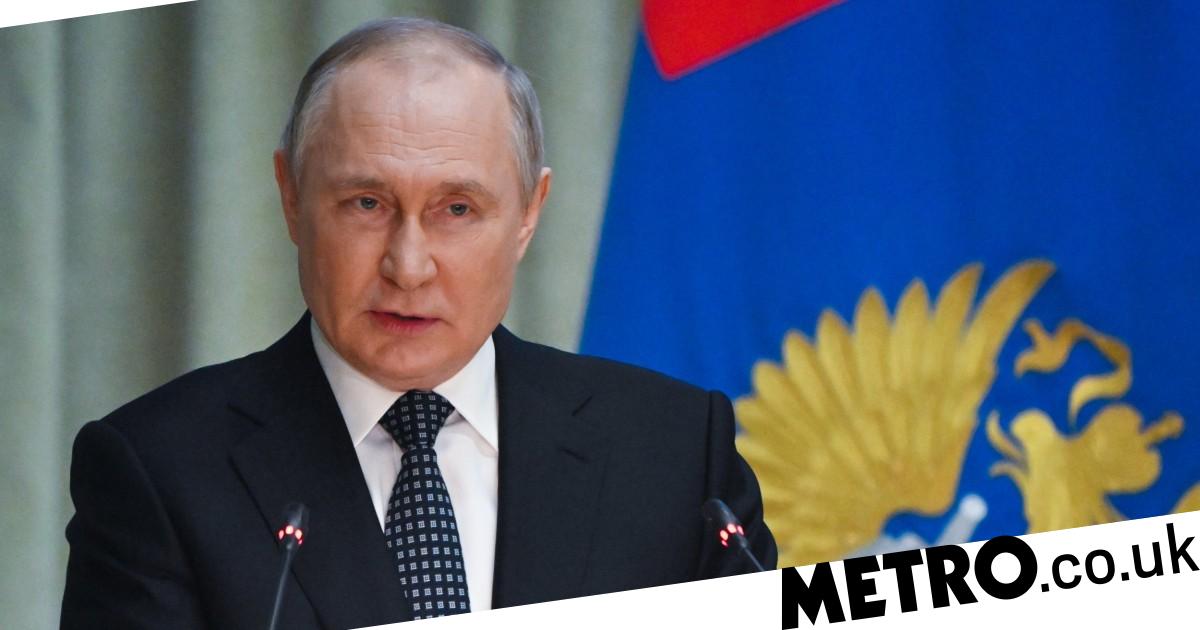 Vladimir Putin survived a secret assassination attempt at the start of its invasion of Ukraine, Kyiv has claimed.

The Kremlin despot was targeted in the Caucasus – a mountainous region occupied by Georgia, Armenia, Azerbaijan and south-east Russia – according to the head of the Chief Intelligence Directorate of the Ministry of Defence in Ukraine, Kyrylo Budanov.

Mr Budanov told the Ukrainska Pravda website: ‘There was an attempt to assassinate Putin.

‘He was even attacked, it is said, by representatives of the Caucasus, not so long ago.

‘This is non-public information.

(It was an absolutely unsuccessful attempt, but it really happened… it was about two months ago.’

He added: ‘I repeat, this attempt was unsuccessful. There was no publicity about this event, but it took place.’

Pravda said the full interview will be published on its website soon.

Reports of the assassination attempt emerged as a former M16 chief warned Putin could be removed from power and forced into a medical facility by next year.

Sir Richard Dearlove believes Moscow will ship its leader to a sanitorium as speculation continues to mount over his deteriorating health.

The ex-head of the UK’s Secret Intelligence Service predicts Putin’s right-hand henchman and former KGB agent, Nikolai Patrushev, is poised to seize control of the Kremlin.

But Sir Richard warned: ‘There is no succession plan in the Russian leadership.’

Others believe current Russian Prime Minister, Mikhail Mishustin, is being primed to take the lead. ‘

He is expected to be handed the top job if Putin died or was incapacitated, until an election to replace him could be held.

Putin’s inner circle believe the war in Ukraine is ‘lost’, making the chances of a coup more likely, a Moscow analyst said.

Russia’s invasion of Ukraine has been met with widespread horror and condemnation across the globe – as President Volodymyr Zelensky vowed Moscow must pay compensation for the destruction it has unleashed.

He urged other leaders to sign a multi-lateral agreement to ensure the war debt is collected in full.

In an address to the nation, Mr Zelensky demanded payback for ‘Every burned house. Every ruined school, ruined hospital. Each blown up house of culture and infrastructure facility. Every destroyed enterprise. Every shut down business, every hryvnia lost by people, enterprises, communities and the state.’

Wimbledon ban ‘a damaging precedent’? Tell that to the people of Mariupol