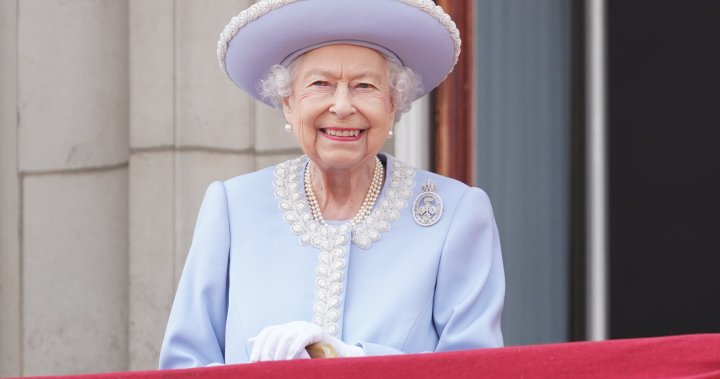 Queen Elizabeth will not be attending Saturday’s 243rd Epsom Derby, marking the second Platinum Jubilee event she’s had to pull out of due to ongoing mobility issues.

Buckingham Palace confirmed on Friday that the 96-year-old monarch will watch the Derby on television at Windsor Castle. Her daughter Anne, the Princess Royal, will attend on her behalf, the palace said.

The Derby, along with a star-studded pop concert, is expected to be the focal point of the third of four days of festivities marking the Queen’s 70 years on the throne.

The Queen also skipped Friday’s church service at St. Paul’s Cathedral in London, after the palace said she had experienced “some discomfort” the day before.

She still managed to make it through the military parade and flyover on Thursday that kicked off the Jubilee celebrations, watching from the balcony of Buckingham Palace with other members of the Royal Family and waving to thousands of well-wishers.

She later led the lighting of the Principal Platinum Jubilee Beacon at her Windsor Castle home near London.

Elizabeth, who is a devout Christian and also the titular head of the Church of England, also watched Friday’s service on television.

Her son and heir Prince Charles, 73, represented her, while much attention was focused on her grandson Prince Harry and his wife Meghan, who were making their first public appearance together in Britain since stepping down from royal duties two years ago.

6:51
Queen will not be a part of Platinum Jubilee’s second day of celebrations

Also absent from Friday’s service was her second son, Prince Andrew, 62, who has tested positive for COVID-19.

That spared the royals some awkwardness, with Andrew’s reputation shattered after he settled a U.S. lawsuit in February in which he had been accused of sexually abusing a woman when she was underage, claims he denied.

Despite the Queen’s absence, several speakers at Friday’s church service spoke directly to her, knowing she was watching from home.

“Your Majesty, we’re sorry you’re not with us this morning, but we are so glad you are still in the saddle,” Archbishop of York Stephen Cottrell said, riffing on the Queen’s love of horse racing.

“And we are all glad that there is still more to come.”

— with files from Reuters and the Associated Press