Queen Elizabeth’s Platinum Jubilee a mix of celebration and transition 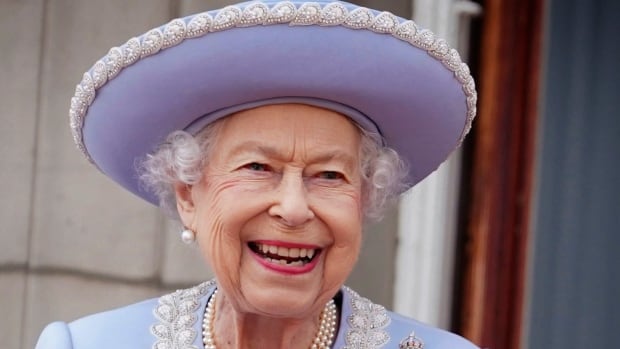 Hello, royal watchers. This is a special Platinum Jubilee dose of royal news and analysis. Reading this online? Sign up here to get this delivered to your inbox.

Halfway through the major events marking Queen Elizabeth’s Platinum Jubilee, there is a sense that the recognition of her seven decades on the throne has become a chance to both honour her and contemplate the monarchy of the future.

“I think there’s an overwhelming amount of admiration for Queen Elizabeth II’s 70-year reign and lifelong devotion to public service, and a sense that this is a historic event,” Carolyn Harris, a Toronto-based royal author and historian, said in an interview.

“There is a sense of this being a moment to celebrate the Queen and also a moment of transition as well.”

Elizabeth appeared happy and in good form on the balcony of Buckingham Palace on Thursday during Trooping the Colour, the military parade that is the traditional, official recognition of the monarch’s birthday and was the first major event of the Jubilee.

But she opted out of attending St. Paul’s Cathedral in central London on Friday morning for a service of thanksgiving. It was a move that was perhaps not surprising for someone who is 96 and has been dealing with mobility issues, and was seen by many observers as a sensible decision after she experienced what palace officials described as “discomfort” during Thursday’s events.

As sensible a decision as it may have been, there could also have been some disappointment for the Queen.

The rest of the Royal Family, led by heir and eldest son Prince Charles, attended the service, something Harris described as a celebration of both the Queen’s reign and of her as an individual.

“There were some horse racing analogies in the sermon, and we saw not just the working members of the Royal Family who were on the balcony [Thursday], but the whole extended Royal Family.”

The day before, Charles took the salute during Trooping the Colour, the latest reflection of the gradual transition that has been playing out for several years as senior members of the family take on more duties.

WATCH | Hidden treasures and connections to Canada inside Windsor Castle:

Inside Windsor Castle: Hidden treasures and connections to Canada

As the Queen celebrates her Platinum Jubilee, CBC’s cameras are allowed into normally closed-off areas of Windsor Castle, to view the treasures and hear the stories that have accumulated over 70 years.

None of this suggests the Queen is in any way detached from what is going on within the House of Windsor.

“The Queen is still very active in terms of receiving visitors in her palaces, reviewing her red boxes of documents, so it’s very clear that the Queen still reigns and is very engaged in everything that’s happening,” Harris said.

“But events that require more physical stamina, we’re seeing the younger members of the Royal Family step up to a greater degree.”

As much as the Jubilee events have been focused on marking the Queen’s 70 years as monarch, they also play out against uncertainty and strife within her own family.

WATCH | Members of Britain’s Caribbean community on relationship with Crown:

Caribbean community on complex relationship with the Crown

Members of Britain’s Caribbean community open up about their conflicted relationship with the British monarchy, especially as more Caribbean countries push for change and attempt to break away from the Crown.

A COVID-19 diagnosis for Prince Andrew, who recently settled a civil sexual abuse lawsuit and has seen his reputation sink like a stone over his friendship with the late convicted sex offender Jeffrey Epstein, kept the ninth in line for the throne away from Friday’s service.

“There was no risk that he would be seen in a prominent role at the cathedral,” Harris said. “Prince Andrew has very much faded into the background in the Jubilee context.”

Much interest has also been focused on Prince Harry and Meghan, Duchess of Sussex, given their decision to step back from official duties and the sense of strain and distance that has developed in their relationship with other members of the family.

“Harry and Meghan were there watching Trooping the Colour with other non-working members of the Royal Family … and they were present with the royal extended family at the service of thanksgiving,” Harris said. But in many ways, “some of the developments that are of the most interest to the public concerning them and their relationship with the Royal Family have unfolded behind closed doors.”

Reports suggest Queen Elizabeth met Harry and Meghan’s one-year-old daughter, Lilibet (her first birthday is Saturday), for the first time at a family luncheon on Thursday.

Harris says there is speculation that “Harry and Meghan don’t want to overshadow the Queen’s Platinum Jubilee, which is why they are more of a low-key presence.”

Nicholl said she thought people would be looking for some public recognition, particularly between Harry and Meghan and Prince William and Kate, Duchess of Cambridge.

But that didn’t happen, at least not during the church service, where the order of arrivals and departures, and the seating plan, kept them well apart.

“I think what people are longing for is a sign of reconciliation,” Nicholl said.

Veteran who was in Queen’s coronation reflects on Platinum Jubilee

For some who gathered on the streets of London for the Jubilee events, there was a sense of being part of history and of being caught up in a moment.

“We’re here because it’s an exciting day,” Sandy Larsen of Edmonton told the CBC’s Thomas Daigle along the Mall, leading up to Buckingham Palace, on Thursday. “It’s [a] once-in-a-lifetime thing.”

Jubilee events continue on Saturday with a concert and on Sunday with a street pageant.

“It will be interesting to see how often we see the Queen in public in the next few days,” Harris said, noting there has been talk of her once again appearing on the Buckingham Palace balcony with Charles, William and his son Prince George.

“With the Queen’s mobility, it’s clear that she takes this day by day.”

All eyes on Louis

Appearances on the balcony of Buckingham Palace may be full of symbolism and part of royal tradition, but sometimes they draw attention for other reasons — namely the expressions of children who are less restrained in their reaction to what’s going on around them.

So it was on Thursday, when the cameras couldn’t seem to get enough of Prince Louis, the four-year-old son of Prince William and Kate, Duchess of Cambridge, who was on the balcony along with his elder siblings, Prince George and Princess Charlotte.

“We saw Prince Louis and his reaction to the flypast dominated a lot of the coverage and the photography of Trooping the Colour,” Harris said.

It was hardly the first time a child’s reaction got such attention.

“We think of William and Catherine’s little bridesmaid, Grace van Cutsem [at the time of their 2011 wedding], who had her hands over ears at all the cheering,” Harris said.

For children on the balcony, she said, “it is quite an overwhelming event, and so clearly Prince Louis found it to be quite loud.”

Even so, there was other symbolism at work.

“The Cambridge children being present represents royal continuity as well,” Harris said, noting that those moments when the Queen leaned over to speak to Louis showed her in her role as a great-grandmother and the matriarch of a large, extended Royal Family.

Amid the moments of street art, theatre, music, circus and carnival that will play out during the Platinum Jubilee Pageant in London on Sunday, there will be a choreographed dance sequence showing a princess meeting a dragon.

As fantastical as the encounter involving the giant human-powered dragon puppet might be, it will also be rich in symbolism for the occasion, and for the monarch whose 70 years of service are being honoured.

The Hatchling dragon puppet — the size of a double-decker bus — will be operated by about 15 puppeteers at any one time.

“We’re creating a piece of work where [the Hatchling] comes into contact with the princess,” Angie Bual, creative director of the production company behind the Hatchling, told CBC’s Thomas Daigle.

“The princess sees the dragon, and the dragon symbolizes wisdom, power, strength. And the princess really comes to terms with her future and her destiny.”

Bual hopes Queen Elizabeth will see both nostalgia and humour in the sequence that unfolds during the 2½-hour pageant, which is the culmination of four days of Jubilee events.

“The Queen has been a powerful female role model. And I think that women all over the world might feel something when they see the princess coming of age,” Bual said. “And it’s something that happens to all women.”

Elizabeth “didn’t really meet a dragon in her coronation,” Bual said, “but she would have confronted this moment, and that dramatic moment will be played out artistically.”

Puppeteer Mikey Brett will be among those performing with the Hatchling, but it won’t be the first time doing so for the Queen. Brett was performing in War Horse, a theatre production involving a giant horse puppet, when Elizabeth went to see it.

“We went to Windsor and did a private performance for her at her stables as well,” Brett told Daigle. “She loves animals, and she seems to really enjoy puppetry performances and especially things of this scale seem to really excite her.”

Bual said she’s interested in dragons because they “come from the East and the West,” crossing cultures, and are of interest to people young and old.

“It’s a real moment of cultural unity, and I think that’s what I’m excited about, bringing lots of people together — especially after the pandemic, especially while we’ve been apart, and it’s something that we can all have shared ownership in.”

“I continue to be inspired by the goodwill shown to me, and hope that the coming days will provide an opportunity to reflect on all that has been achieved during the last 70 years, as we look to the future with confidence and enthusiasm.”

— Queen Elizabeth, in a Platinum Jubilee message before celebrations began.

WATCH | How a 1947 Canadian nickel ended up at Windsor Castle:

The story behind a 1947 Canadian nickel spotted at Windsor Castle

Queen Elizabeth has kept a Canadian nickel, gifted to her when she was a princess, and the envelope it arrived in since 1947. Now, with help from the sender’s granddaughters, a CBC News crew unravels the tale of where it came from.

Sign up here to have The Royal Fascinator newsletter land in your inbox every other Friday.

I’m always happy to hear from you. Send your questions, ideas, comments, feedback and notes to [email protected] Problems with the newsletter? Please let me know about any typos, errors or glitches.