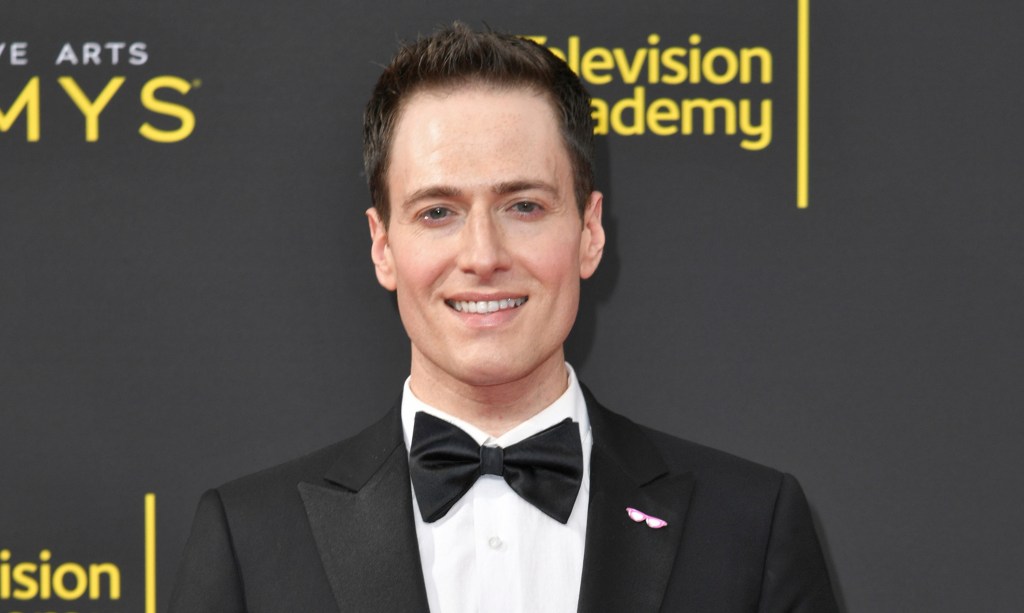 NEW YORK — When your name — your actual name — is Randy Rainbow, your career choices are limited. Bank president? Mafia don? Nope. Neurosurgeon? Probably not. If Tom Brady had been named Randy Rainbow, instead of heading to the NFL Hall of Fame he might be banging out show tunes at a Chelsea piano bar.

So perhaps this fellow’s path was preordained: Rainbow, 40, is a breakout YouTube star. His videos adroitly mixing comedy, satire and musical theater have been viewed a half-billion times; his “Pink Glasses Tour” has been crisscrossing the country for the past year; and in certain circles, trying to anticipate what news story will get his attention next is the parlor game. (Current Twitter favorite: Tucker Carlson’s, uh, unusual approach to increasing testosterone levels.)

And now here comes the memoir, “Playing With Myself,” published this past week by St. Martin’s Press, about his rise from introverted teenager lip-syncing in his bedroom to social media star.

Randy Rainbow and I are day-drinking at Joe Allen, a Broadway hangout, while dissecting his Bumble profile. Recently, Rainbow was thrown off Tinder; he has no idea why. I offer my theory: Maybe he got reported for impersonating that online celebrity Randy Rainbow? “Oh!” he says, a little pleased. I gently suggest that being a public figure on a dating app has its risks. “Why, what’s going to happen?” he says, nibbling his martini olive. “I mean, it’s not gotten to the point where I have to be worried about sex tapes …” then, with perfect comedic timing, “God willing, it gets there.”

We’re here to discuss “Playing With Myself,” whose title refers to the fact that until very recently, Rainbow has been the editor, cinematographer and musical director of all his videos, as well as the star. He wanted to write “a love letter to the women in my life — my mother, my grandmother, and also the idols and icons that inspired me.” But it is also a letter to his younger self, the bullied outsider who 10 years ago was lying on the floor of his tiny studio apartment in Astoria, pondering the videos into which he was sinking most of his waking hours, and asking, “Why am I doing this? I have to go make money but feel like I need to stay home and work on this, but I don’t know why.”

For many of his fans, Rainbow is much more than the star who makes clever political commentary utilizing favorite Broadway show tunes. Over the past five years, his videos skewering the country’s dysfunctional politics have helped an angry nation laugh it off. They are biting, sweet and sometimes both at once, such as his tribute to Anthony Fauci at the height of the pandemic, sung to the tune of “Officer Krupke” from “West Side Story,” and his duet with Patti LuPone in late 2020, “If Donald Got Fired” to the tune of “If Mama Got Married” from “Gypsy.”

“Comedy can be a weapon, and Randy is the world-record holder in comedy weaponry,” said comedian Judy Gold, a friend. “It’s like, ‘I’m so angry all the time.’ How do we release this tension? And here’s this beautifully sung song that is hilarious and so truthful and just somehow elevates us. He speaks for so many in a way they can’t speak for themselves.” These days, Rainbow has been speaking to, and for, an extraordinary number. According to Tubular Labs, a visual measurement and analytics platform, he has 3.12 million followers across social media platforms. Fans include Hillary Rodham Clinton, who wrote him a very nice thank you letter. He’s also frequently retweeted by George Conway, a lawyer and the husband of Kellyanne Conway, despite the fact that she was the target of many Rainbow videos.

Yet, Rainbow claims not to be particularly political. “Some people think that I’m hired by the DNC to, like, push some agenda. The only agenda I have is to be Carol Burnett.” His fan club also extends to Broadway royalty. In 2019, Lin-Manuel Miranda tweeted, “Sondheim is genuinely crazy about @RandyRainbow, last time I saw him he told me: “he’s good as anyone writing lyrics right now. And what he’s doing is harder.”

“Playing With Myself” traces Rainbow’s history: the sparkly only child growing up in Long Island, putting pajama bottoms over his head to mimic ponytails; the chubby middle-schooler teased about his weight, which led to a few years of anorexia; the depressed and closeted theater kid who, having moved to Florida, sat in his room listening to Barbra and Judy and staring at the glittering backdrop of the New York skyline his friend painted on the wall.

At 22, he moved to New York City, and took the usual assortment of glamour-adjacent jobs: a maitre d’ at Hooters, a receptionist to a lecherous talent agent. The one thing he didn’t do? Audition. “I could not go in those rooms. No. I was afraid of everything,” he said. “I was 22, but I was still covered in amniotic fluid. I was a very sheltered mama’s boy.”

“This is true,” says Gwen Rainbow, the mama in question. She never doubted her son’s talents, even if she was a little more eager to see him excel as a scholar than, say, the world’s best 10-year-old lip syncer of “Hello, Dolly!” But the boy who craved the spotlight was also deeply unsure of himself, she said.

“Randy had friends, but he would oftentimes elect to stay home, and he would be by himself for long periods,” she said. “He would never reach out.”

Compounding Rainbow’s struggles was the relationship with his father, which was poisonous, his mother said. The father, Jerry, was a drummer and a singer, and had a magnificent voice, but as soon as his son became a teenager, he became jealous of the boy’s talents. “This competitiveness, Randy felt it, and eventually I had to explain it,” Gwen Rainbow said. “When your father doesn’t like you, you don’t understand why.”

His parents fought constantly, and humor became his coping mechanism. “I learned this from my grandmother, my mother, that the way to answer everything — adversity, depression — was to make a joke about it,” he said.

The idea is at the crux of all his work, from his early “Randy Rainbow Is Dating Mel Gibson” series (which also shows off Rainbow’s strong intuitive acting chops) to his most recent skewering of Florida Gov. Ron DeSantis in “GAY!” which got nearly 3 million views in the first 11 days after its release. Rainbow’s gift is taking the absolutely appalling and tragic and worst of human behavior “and making people feel better about it, because that’s how I made myself feel better,” he said.

These days, Rainbow is feeling pretty good, and with good reason. Although he became a household name by taking on the darkness of Donald Trump’s presidency, he has found plenty of headlines to lampoon, as his latest videos of DeSantis and Marjorie Taylor Greene (“Gurl You’re a Karen”) can attest. His book tour began this past week, but he’s already thinking about what he’ll write next.

“I’m thinking my next book will be like, full ‘Sex and the City.’ A dating book,” he said. “I think maybe that will force me to get out there if I tell myself, ‘Oh, it’s research for a book …’ and that will lead me to finding the love of my life.” Any particular type?

“Jake Tapper,” he says, without hesitation.

“Daddy, serious, responsible, will take care of me, has the answers,” he said, “because I haven’t got them. That’s who I need. America’s boyfriend, Jake Tapper. If he decides he’s ready, I might be taking myself off Bumble.”

As we’re leaving, I ask Rainbow about a ring he’s wearing. It looks like … a tiny crown? He flaunts the ring about 3 inches from my eyeballs.

“It’s from the Snow White collection,” he said. “If a man gives you this ring, don’t marry him. I got it for me, for my book tour. It’s inspired by the box, when the queen says, ‘Bring me her heart.’”

When we met a few days before the book tour kicked off in New York, I wondered: Was Mom going?

“Oh, please,” Gwen Rainbow said. “I’ve got an autoimmune disease, I’m taking my life in my hands. Of course I’ll be there.”

Manhunt on for suspects as 100 die in Nigeria refinery blast