On Monday evening, the RBI issued a circular saying non-bank issuers of prepaid payment instruments (PPI) must immediately stop loading wallets with credit lines. The regulator’s directive quickly sparked confusion and frustrations among fintech startups, which told us the RBI appears to be giving banks full control over innovation in the fledgling sector.

The central bank’s latest communication to fintechs, which bars non-bank wallets and prepaid cards from loading their credit lines into these products, has caused widespread confusion in this segment of the payments industry, although the order came after many new-age companies reportedly assumed the lender’s role without building sufficient safeguards.

It issued the circular after holding widespread discussions with industry stakeholders as it seeks to understand the business models of lending startups before releasing digital lending rules by July, multiple sources told us.

Banks in charge: Top fintech founders said it appeared from the note that the regulator wants banks to be in full control of fintech innovation, thereby hurting new-age companies with business models built around agility.

“The RBI seems to be apprehensive of the control being with fintechs and wants to move it fully to banks,” said one of the entrepreneurs we spoke to. His startup is among those likely to be affected by the new regulations.

Calls for postponement: Even as the fledgling fintech industry comes to terms with the new rules, industry groupings such as The Digital Lenders’ Association of India (DLAI) and the Fintech Association for Consumer Empowerment (FACE) are seeking a deferment.

Crux of the confusion: “The issue is with the word ‘credit line’. It is fair if a credit line is provided by a PPI player or an unregulated entity. But technically it should not be a problem if both the NBFC partner and the PPI are regulated by the RBI,” said a payments industry executive.

“The letter sent is very unclear since there is no preamble and everyone is trying to understand the intent behind this decision. But are NBFCs now supposed to go back and disburse loans in cash, going back on the country’s agenda on digitisation?” 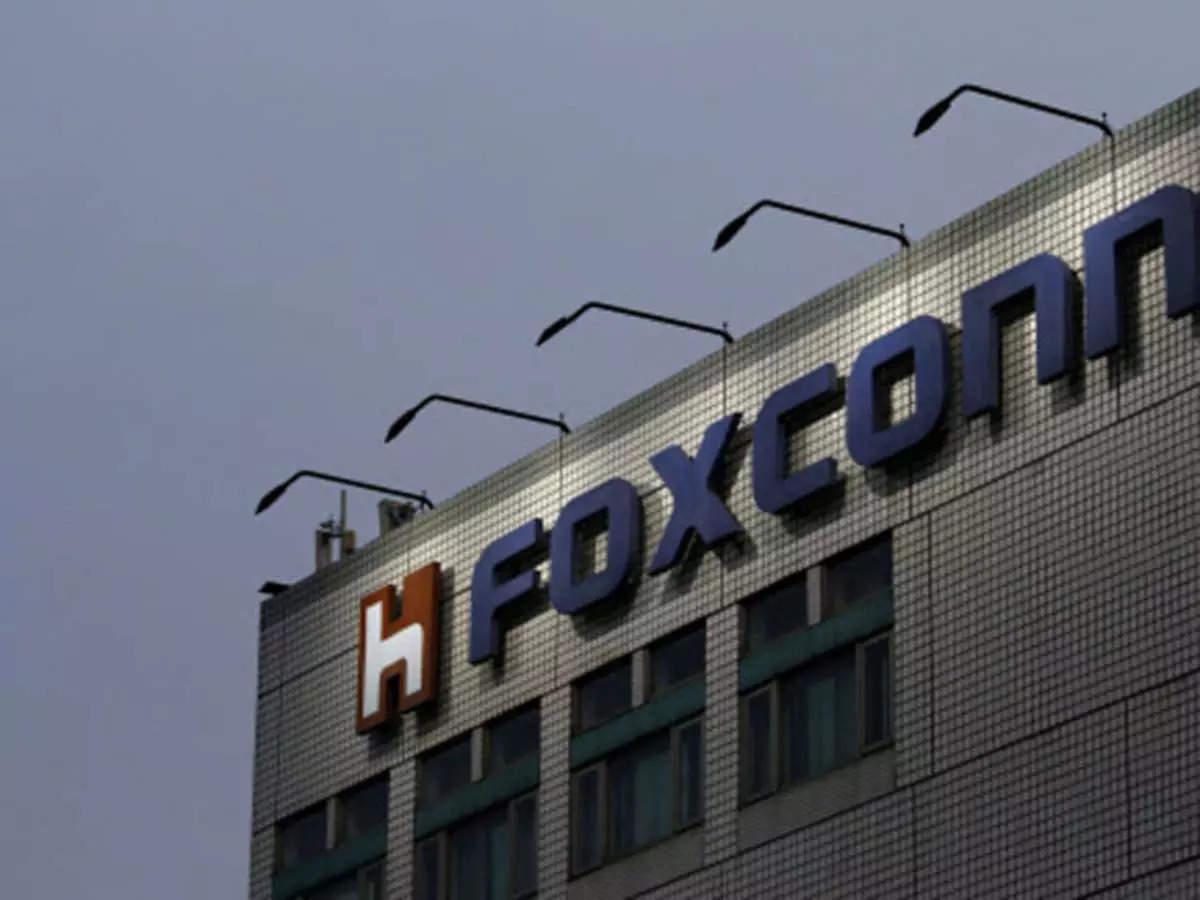 Taiwanese electronics giant Foxconn is looking at making electric vehicles in India, according to people aware of developments at the contract phone maker for Apple.

Driving the news: Foxtron—the company’s EV venture—may consider manufacturing in India in addition to other locations in South East Asia such as Vietnam and Indonesia, they added.

This would be part of a larger plan to expand its Asian manufacturing supply chain beyond China, they said.

In addition to an exclusive facility outside Chennai, where iPhones are manufactured, Bharat FIH, a Foxconn Technology Group company, operates another unit nearby, which manufactures phones for Chinese brands including Xiaomi.

“Foxconn has evinced interest as a group in manufacturing other lines — their own (and) for their clients — apart from the phones that they currently manufacture,” a person in the know said.

Sources aware of the matter said that the Tamil Nadu government is looking to woo the conglomerate to further invest in the state. “They have expressed an interest in EV manufacturing, so we have told them that Tamil Nadu is the place to be,” the person added.

Last year, it bought a factory in the US to produce electric vehicles for the North American market and will also use the plant to contract-manufacture for customers like hybrid EV brand Fisker.

In future, Foxconn will look to replicate this localisation model elsewhere in other markets such as South-East Asia, the company said in its annual report for 2021. 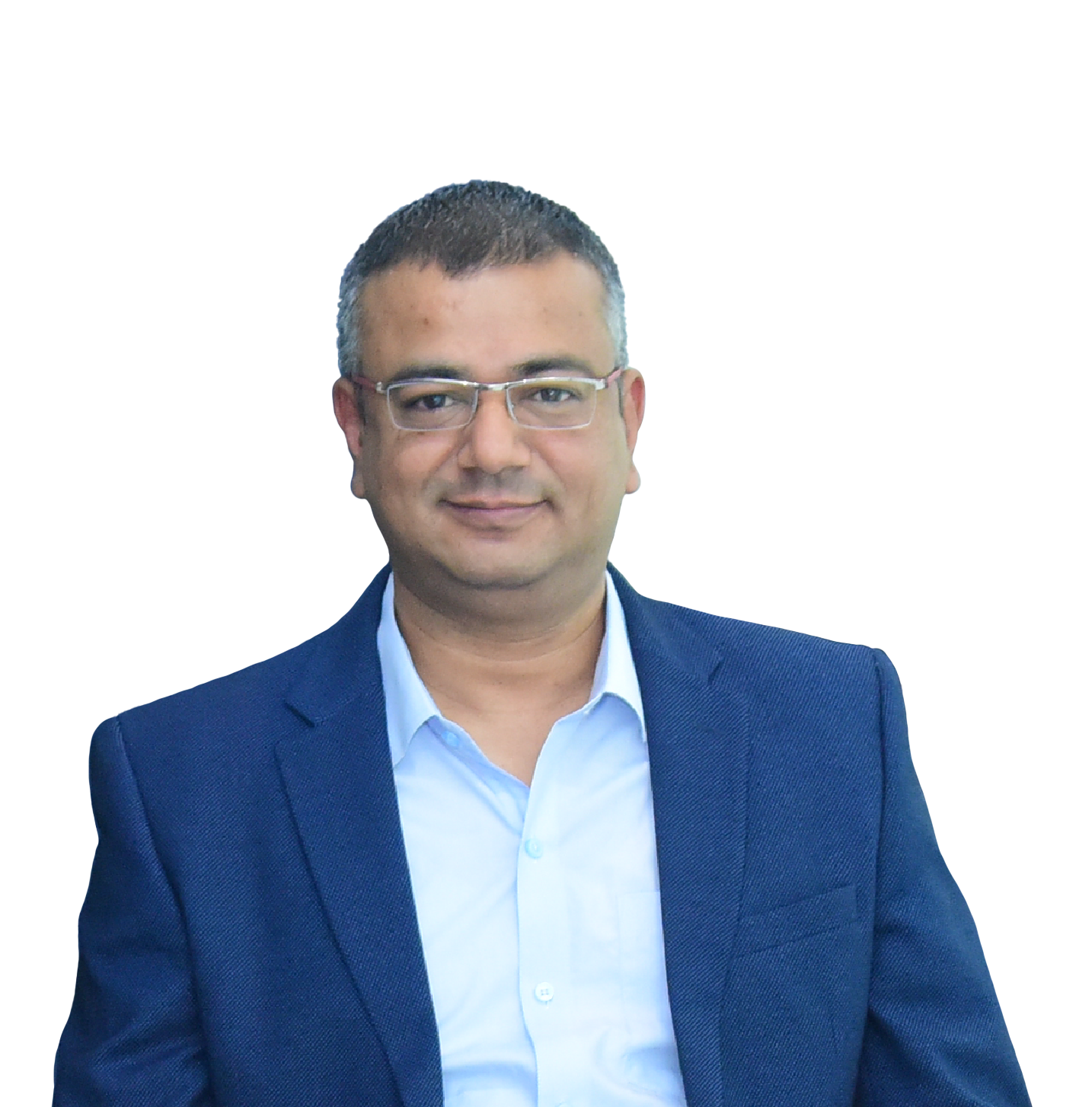 Sales and marketing automation platform LeadSquared said it has raised $153 million in a funding round led by WestBridge Capital.

Unicorn city: The funding values the company at $1 billion, founder and CEO Nilesh Patel told us, making it the latest software-as-a-service (SaaS) firm to join the unicorn club amid a broader slowdown in startup funding.

We first reported on April 12 that the SaaS firm was in talks with WestBridge Capital for a new round of funding at a unicorn valuation.

SaaS unicorns love the cold: India has around 15 SaaS unicorns, of which Fractal Analytics, Uniphore, DarwinBox, Amagi Media Labs and Hasura joined the club this year, despite a funding downturn. LeadSquared is the sixth SaaS startup of 2022 and the 18th overall.

In all of 2021, a record-setting year for Indian startups, only four SaaS startups — ChargeBee, BrowserStack, MindTickle and Innovaccer – became unicorns, according to Venture Intelligence data.

SaaS companies have raised $2 billion in the first quarter of 2022 across 93 deals, after mopping up $3.8 billion from 226 deals last year, the data showed.

■ Biotech startup Immuneel Therapeutics has raised $15 million in a funding round co-led by Eight Roads Ventures, True North and F-Prime Capital, with contributions from other existing investors, a senior company official told us. The company previously raised $15 million from UHNI, pharma founders and US venture capital funds.

TCS case puts spotlight on job terminations in IT industry 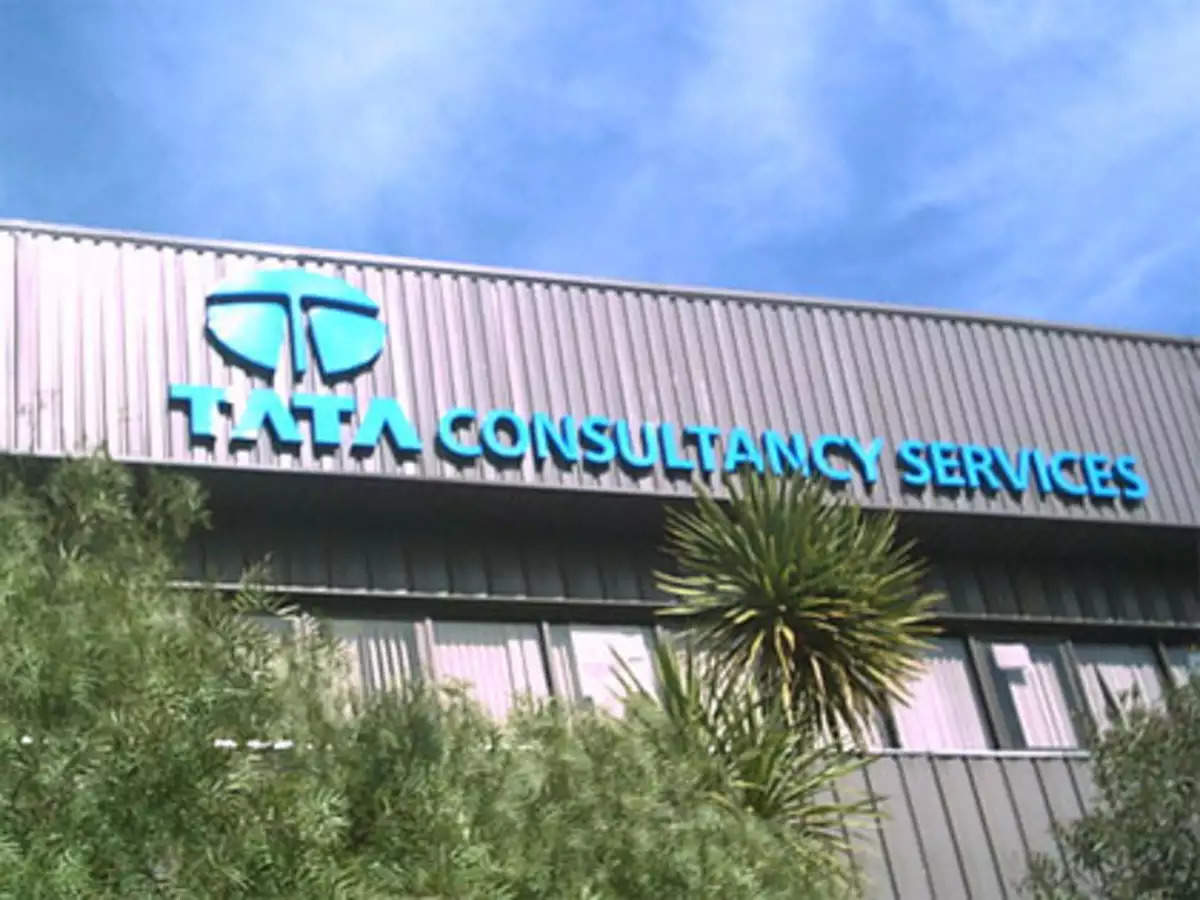 The spotlight is on unlawful terminations in the country, experts said, after a Chennai labour court recently asked Tata Consultancy Services (TCS) to reinstate with back wages an employee who was asked to leave over seven years ago.

This case, they added, may be used as a reference point in future whenever there are mass layoffs or performance-related unlawful terminations of employees.

What happened: Earlier this month, the Principal Labour Court in Chennai asked TCS to reinstate Thirumalai Selvan Shanmugam with continuity of service, back wages and all other attendant benefits after a seven-year trial.

It also set aside his performance-linked termination in 2015.

The court did not accept the TCS counsel’s argument that Shanmugham was not covered under the ‘workman’ definition of the Industrial Disputes Act, as he was performing a role of supervisory nature.

“Awareness of workers’ rights keeps increasing as we come across more judgments of similar nature. As this order involves one of the largest Indian IT companies, it will create an impact on the industry with respect to employment termination cases,” said Vikram Shroff, head, human resource laws (employment and labour) at Nishith Desai Associates. 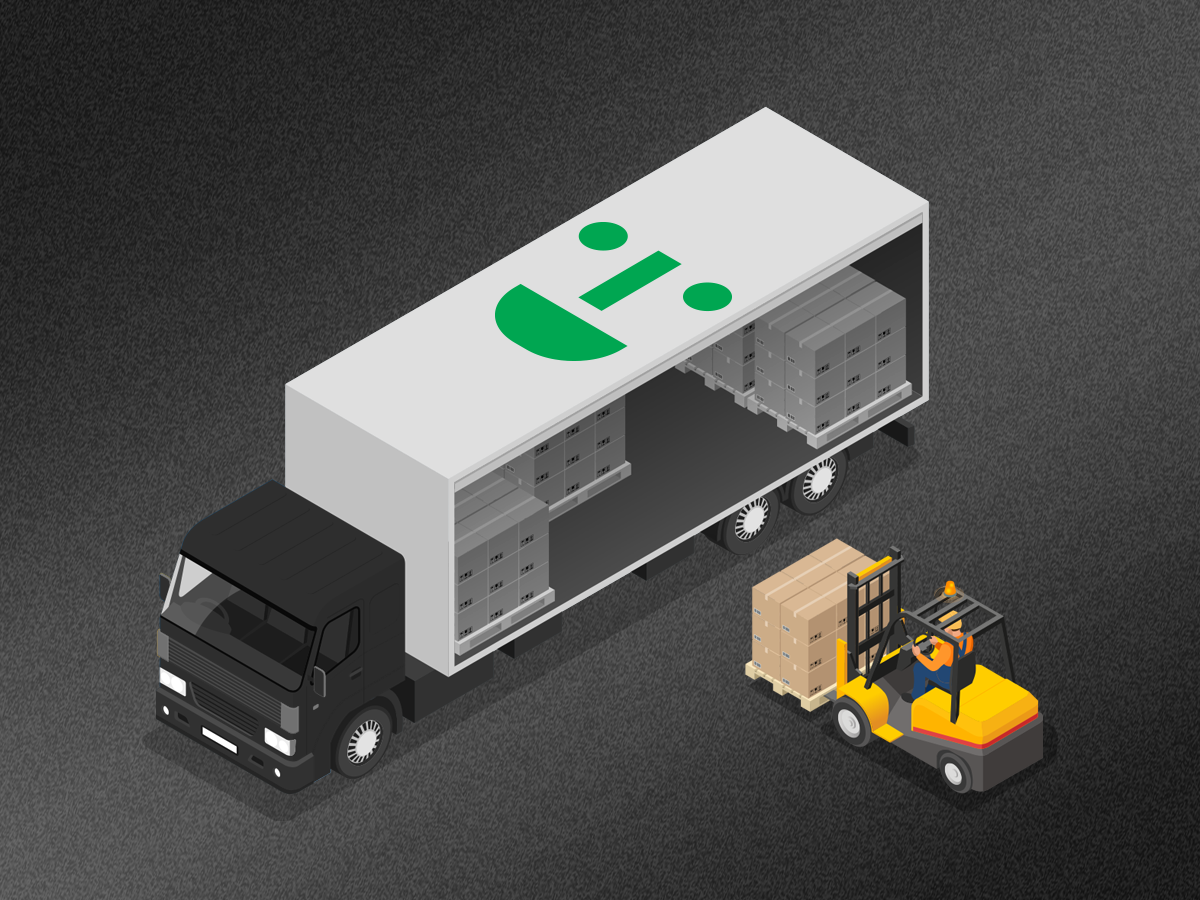 Xpressbees said on Tuesday it will offer same-day and next-day deliveries to D2C brands and large offline brands that are tapping into online commerce through more than 50 of its warehouses across the country.

So far, the Pune-headquartered logistics firm has largely serviced large brands and ecommerce platforms. It didn’t work with D2C brands in a big way.

Its decision to enter this segment comes at a time when delivery firms have had straining relations with logistics aggregators, leading to a significant price hike in rate for aggregators, as reported first by ET. 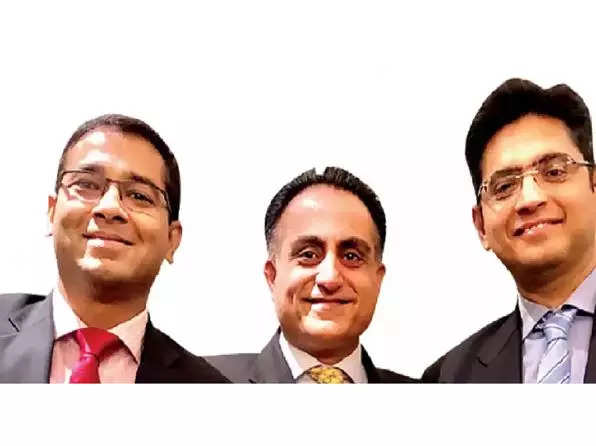 Matrix Partners India, an early investor in companies such as Ola, Razorpay and Dailyhunt, among others, will raise a $450 million India fund, according to a regulatory filing with the US Securities and Exchange Commission.

This will be the firm’s fourth India-dedicated fund, through which it will back startups in India and other South Asian markets, the documents showed.

The size of the fund is significant, given that bigger funds such as SoftBank and Tiger Global, among others, have indicated there will be slowdown in dealmaking and have asked their portfolio firms to conserve cash and brace for a downturn.

Competition: The news comes as Matrix’s peers such as Accel, Sequoia Capital and Lightspeed have raised or are in the process of raising larger funds for the Indian market. 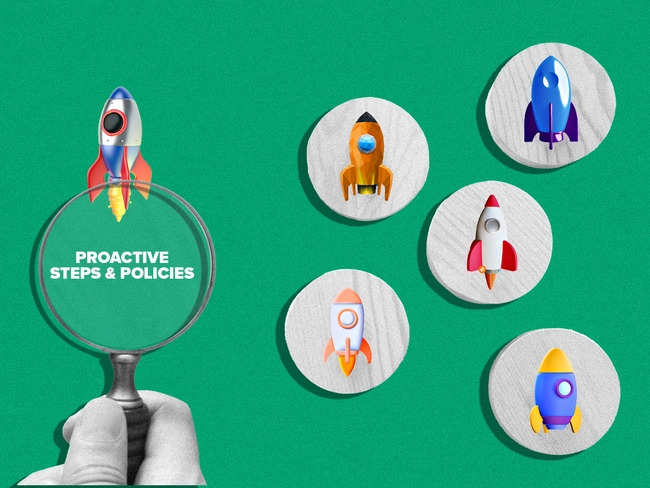 ■ Crypto’s frozen mystery: The fate of billions in Celsius deposits (The Washington Post)
■ Airbnb’s exit from vacation rentals in China amid Covid-19 lockdowns highlights the country’s isolation (Rest of World)
■ Microsoft, Meta, and others are founding a metaverse open standards group (The Verge)