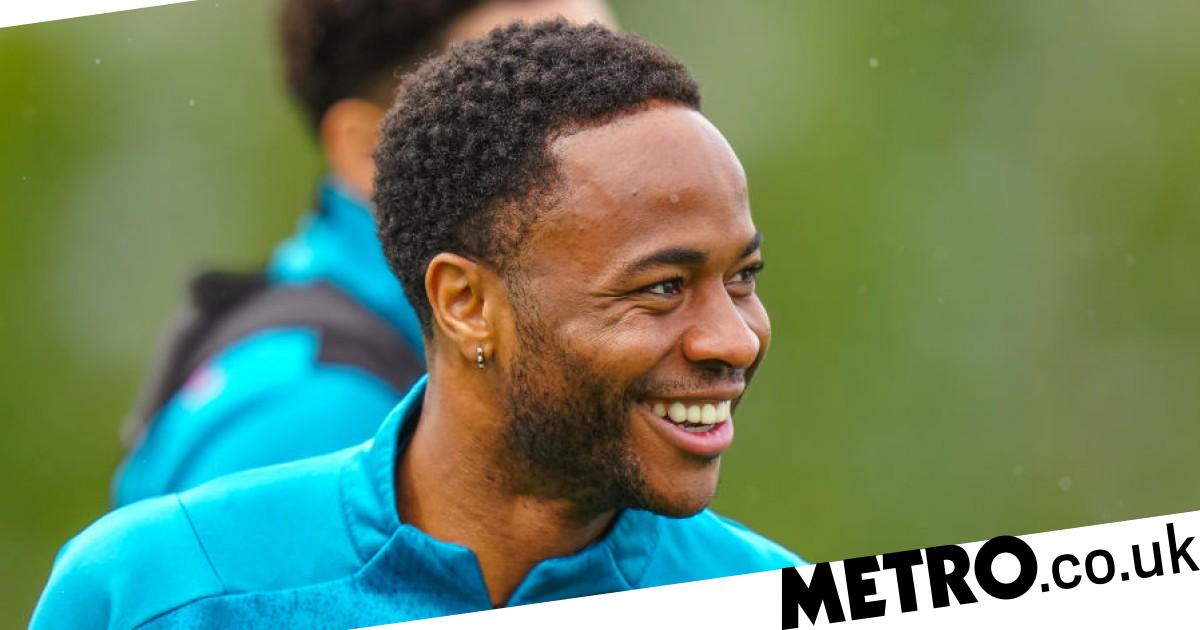 The Englishman, 27, has been a regular starter for Pep Guardiola’s side, scoring 17 goals in 47 appearances last season.

However, he only has a year left on his contract and has been linked with a move from the Etihad, with reports suggesting Chelsea were interested in signing him.

Parlour, the former Arsenal midfielder, believes Sterling would be a ‘great’ addition to Real Madrid, who are buoyed after winning La Liga and the Champions League last term.

‘He’s in the prime of his life and career and he doesn’t play on a regular basis because Man City have got so many good players.

‘So, yeah, what a move. Antonio Rudiger is going there as well, Real Madrid are really stepping it up now and Raheem Sterling would be a great signing for them.’

With Vinicius Junior performing well for Real Madrid on the left-wing, bringing in Sterling has the potential to stunt the young Brazilian’s development.

However, manager Carlo Ancelotti could find the City man hard to resist with Sterling having emerged as one of Europe’s top wingers.

Since signing for City in 2014, he has made 339 appearances for the Manchester giants and scored 131 goals.

Meanwhile, he has won four Premier League titles and five domestic cups at the Etihad.

Earlier this year, Guardiola noted how important Sterling is to his team, having worked with the forward for six years.

He said: ‘Nobody doubts how important it is. What I want is (day after day) to play good. Not just him, but all the players. If we count the amount of games he has played since we are together, it is a lot. He is a key player.’