Reborn gets more details about improvements 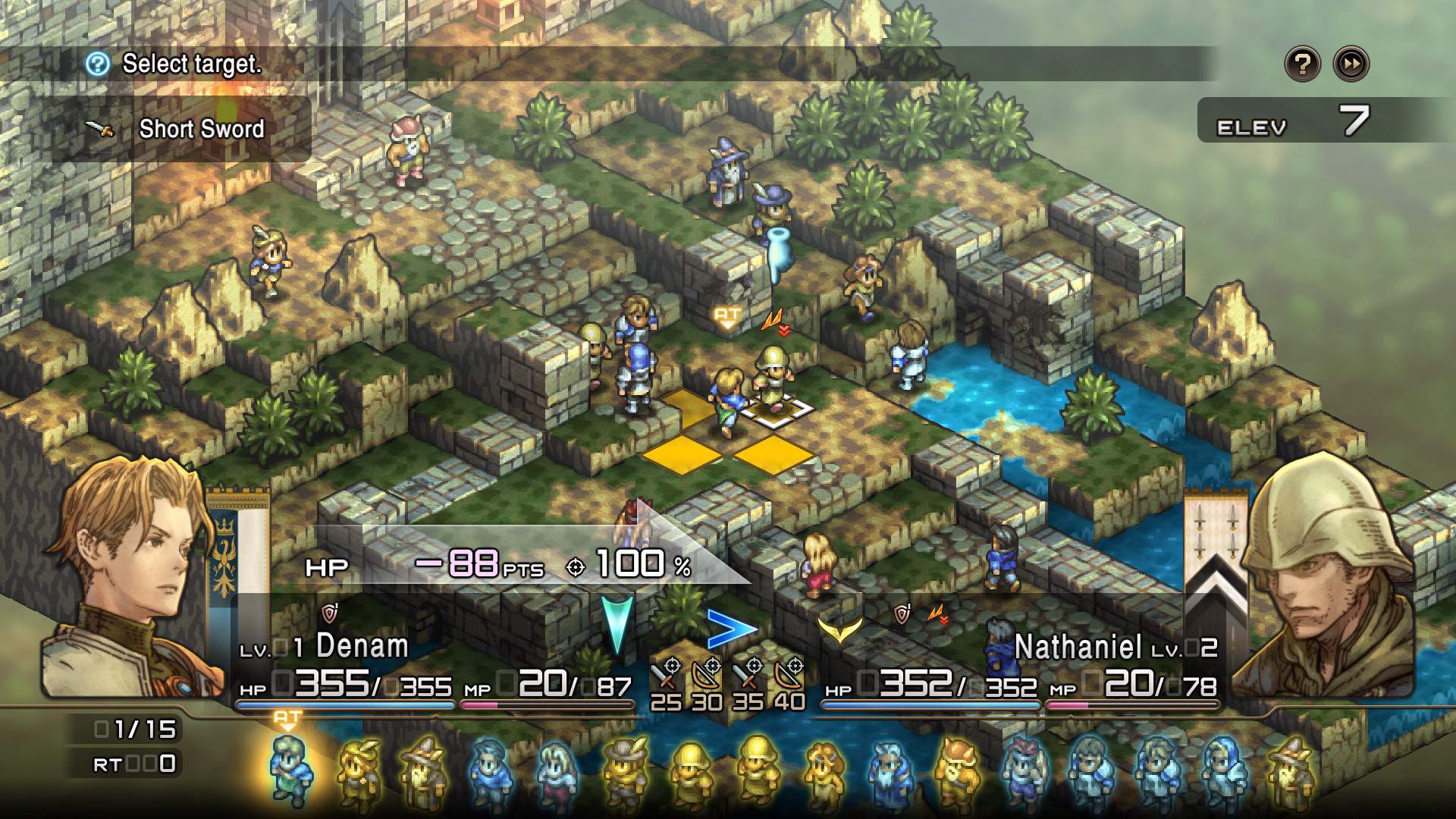 Square Enix has shared more information about the improvements and changes made for Tactics Ogre: Reborn.

The redone version of the tactical RPG was officially announced last week. Leaks had previously revealed the game, but Square Enix made it official and also confirmed a Switch version.

The beautifully detailed characters and backgrounds of the original Tactics Ogre have been recreated in high definition.

The detailed pixel art that gives the game its unique feel has also been preserved and enhanced to look great on modern HD displays.

Not only is the user interface now in high definition, it’s also been redesigned to make information easier to understand, with streamlined controls.

All dialogue in Tactics Ogre: Reborn is fully voiced, bringing new life to the complex motivations of the characters that make up the factions and shifting political alliances of this epic story. You can choose between English and Japanese voices, with the ability to switch between them in the config menu at any time.

The sound effects have also been remastered, immersing you in battle like never before.

Tactics Ogre composer Hitoshi Sakimoto rerecorded the entire soundtrack with a live orchestra. At times the melodies are ominous and filled with tension, while at other times they offer a gentle reprieve. The lingering notes and haunting echoes only found in a live performance raise the immersion in the gameplay to another level.

Building on what worked in previous versions of Tactics Ogre, this new game incorporates new elements as part of an overall redesign of the battle system. Here’s a brief introduction to some of the new features that await.

The class-wide level management system found in Tactics Ogre: Wheel of Fortune has been replaced by a unit-by-unit level system.

Each unit advances differently depending on its class, making for an elegant system that lets players plot their way through endless combinations of equipment, skills, and magic for each unit.

This means that the player is able to consider the bigger picture, and decide on the overall composition of units to bring into each battle.

The team has made significant changes to the artificial intelligence (AI) of your opponents in combat.

Thinking about how to adapt your plans as the situation changes keeps battles engaging and fresh.

Tactics Ogre: Reborn has seen numerous playability improvements, such as a quicker pace of battle, auto save, and a complete overhaul to the controls.

All this makes it easier to get into the game than ever before.

Edgerunners Explains the Real World Implications of Cyberpsychosis Better Than the…