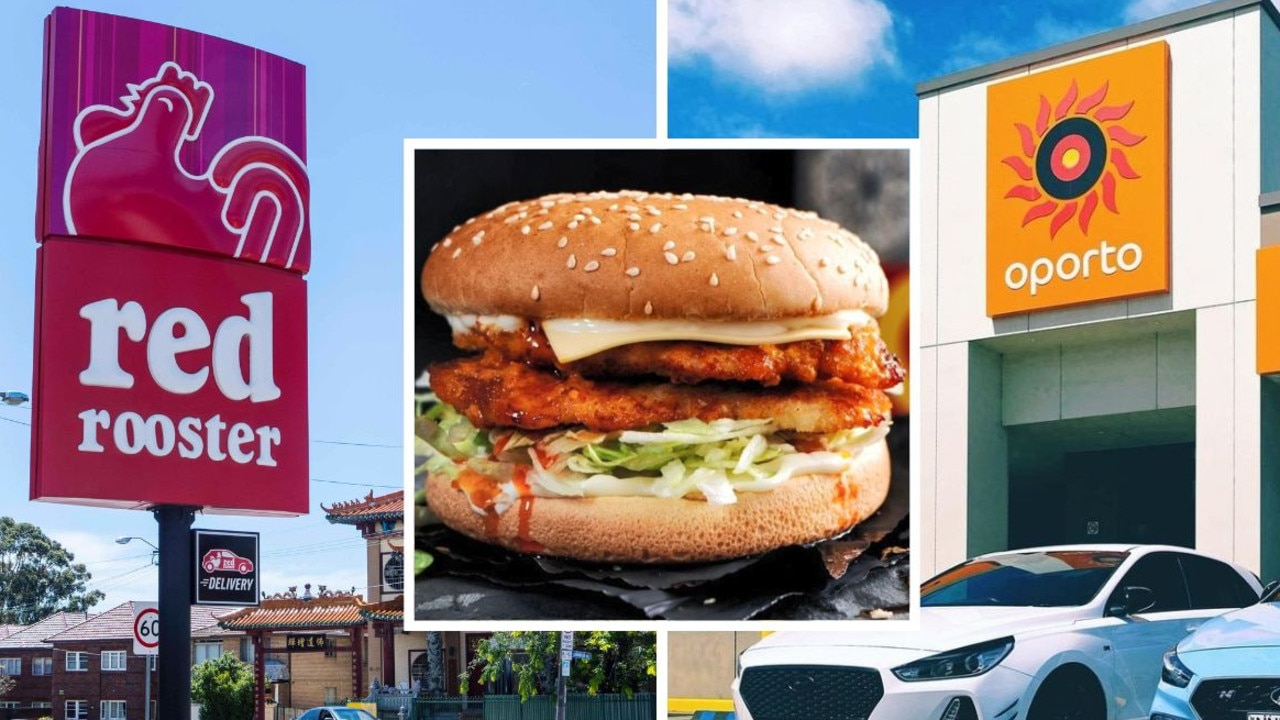 Two more fast-food chains have been forced to make changes to menus amid the rising costs of vegetables in Australia – but there’s one popular restaurant that hasn’t been affected.

Red Rooster and Oporto told news.com.au that due to nationwide lettuce shortages both restaurants are “temporarily using a blend of lettuce and cabbage in some menu items”.

The dramatic move comes after Subway and KFC made similar changes after recent flooding events in Queensland and NSW saw prices of lettuces soar, hitting as high as $12 a head.

However McDonald’s Australia has confirmed it is currently unaffected by the spiralling lettuce disaster, telling news.com.au: “We’re working closely with our suppliers to continue to serve up our full menu to customers.”

Red Rooster alerted consumers to the menu change with a humorous post on Instagram on Thursday night that has been met with a mixed response.

“The boss just called to lettuce know…” a series of photos of reads.

“Due to the recent floods there is a shortage of the leafy stuff.

“As a result we are temporarily using a blend of lettuce and cabbage until further notice.”

Red Rooster finished by captioning the announcement: “We never slaw this coming.”

While many of the chicken giant’s 22,400 followers saw the funny side, joining in with their own puns in the comments sections, others were outraged.

“There’s no shortage here they just cost $12 each!!!!” one user, who doesn’t appear to understand the situation, wrote.

“Cringe, it’s not like you can’t get lettuce,” another raged.

Not everyone was angry though, with some making light of the spiralling situation, including this cracker: “COS it can’t get any worse.”

Others even urged Red Rooster to “keep the cabbage permanently”.

Many KFC fans were also left frustrated by the recent decision to move to the cabbage and lettuce blend, with some labelling it “a weird choice”.

“The fact that you are replacing lettuce with cabbage makes me rethink my whole meal at KFC. There’s four or five other things I would eat before cabbage. Its such a weird choice,” one person tweeted.

Officially, the menu changes are “temporary”, but experts have warned the veggie shortage – that is also currently affecting capsicums and spinach – could continue for at least the next three months.

Bill Bulmer, Victorian lettuce grower and chair of the industry body for the Australian vegetable producers, AUSVEG, told 3AW another vegetable would also be added to the list of veggies in short supply soon.

“Then, probably, the looming shortage coming into spring is going to be onions,” he said on Tuesday.

Just like we have seen with lettuce, a shortage of onions is set to send prices for the vegetable soaring.

Mr Bulmer explained that the devastating floods in Queensland was the main driver of these shortages, wiping out about 80 per cent of lettuce crops.

“We have been pounded by La Nina in the last 12 months. The major growing region of Australia for lettuce this time of year is out of Brisbane in the Gatton region and they have been impacted by floods in February as well as in May,” he told the radio station.

“In normal times you would probably see lettuce from $1.50 to $2.50 in the supermarket right now.”

The AUSVEG chair said he wouldn’t even bother buying a lettuce in the supermarket at the moment because of how much prices have risen.

“There are pockets of lettuces here and there across Australia but, as I said, the bulk comes out of the Gatton region this time of the year.

“People who want them are paying for them.”

How to watch Amazon Prime Video on your Chromecast

Louise McSharry: For a standout pout, try these comfortable and long-lasting matte…