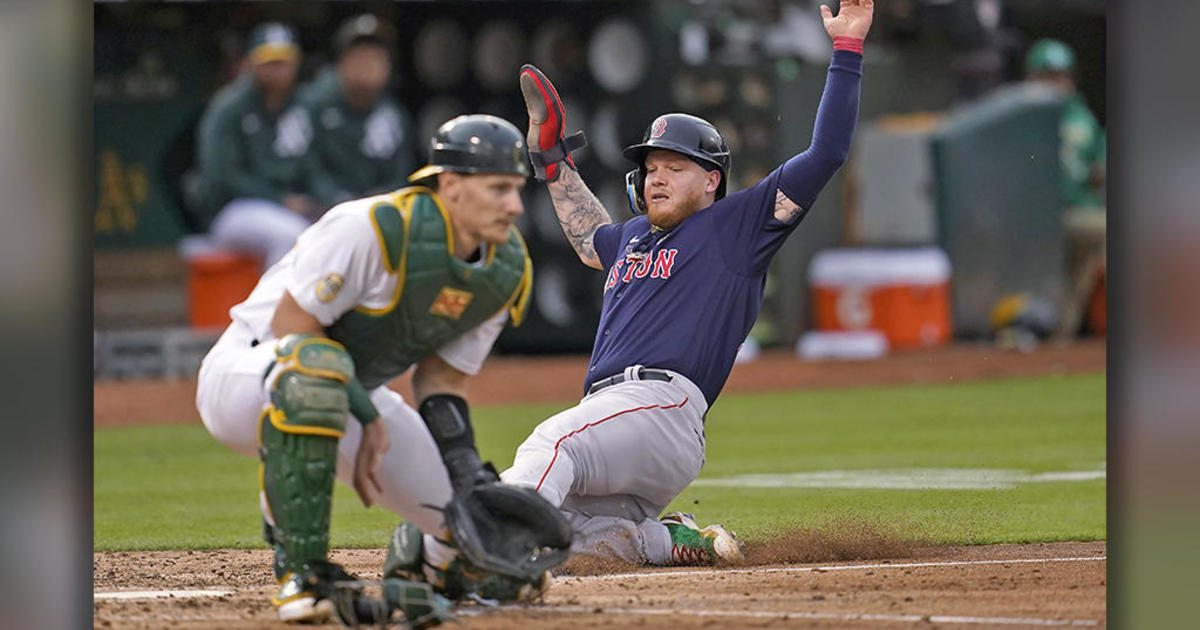 OAKLAND (AP) — Xander Bogaerts homered and drove in three runs to celebrate becoming the career leader in games played by a Red Sox shortstop, and Boston opened its 10-game road trip with a 7-2 victory over the Oakland Athletics on Friday night.

Bogaerts played in his 1,094th game at shortstop, surpassing the previous club mark held by Everett Scott. It was also Bogaerts’ 1081st start at the position, tying Scott’s franchise record.

The three-time All-Star crushed a 2-0 pitch from James Kaprielian to left-center in the fourth inning for his sixth home run of the season.

After the A’s got within 4-2 on Jed Lowrie’s two-run double off Matt Strahm in the eighth, Bogaerts hit a bases-loaded double in the ninth.

Nathan Eovaldi (3-2) had eight strikeouts and pitched four-hit ball over six scoreless innings to win his second straight for Boston.

Trevor Story had a two-run double in the sixth one pitch after thinking he drew ball four, and Alex Verdugo singled and scored twice for the Red Sox.

The A’s, playing in front of their largest crowd of the season, fell to 1-7 on their 10-game homestand.

“He was like the greatest college player ever, offensively, defensively and on the mound. When you talk about college baseball, that’s the name that comes up.” — Red Sox manager Alex Cora, pointing to A’s manager Mark Kotsay.

Red Sox: RF Jackie Bradley Jr. was placed on the paternity list and flew home to be with his wife for the birth of their child. Franchy Cordero started in Bradley’s place and had an RBI double. … LHP Chris Sale will throw a 25-pitch bullpen Saturday. “I don’t know yet exactly the plan for next week but the way he sees it, probably one more bullpen and then live BP probably Friday or Saturday, which is good news for us,” Cora said. … RHP Matt Barnes (right shoulder inflammation) underwent an MRI and will fly to Fort Myers, Florida, on Saturday to begin rehabbing. … OF Jarren Duran was called up from Triple-A Worcester.

Athletics: C Stephen Vogt is making progress from his sprained right knee but there is no timetable for his return.