Red Sox climbing out of early hole with much-needed streak 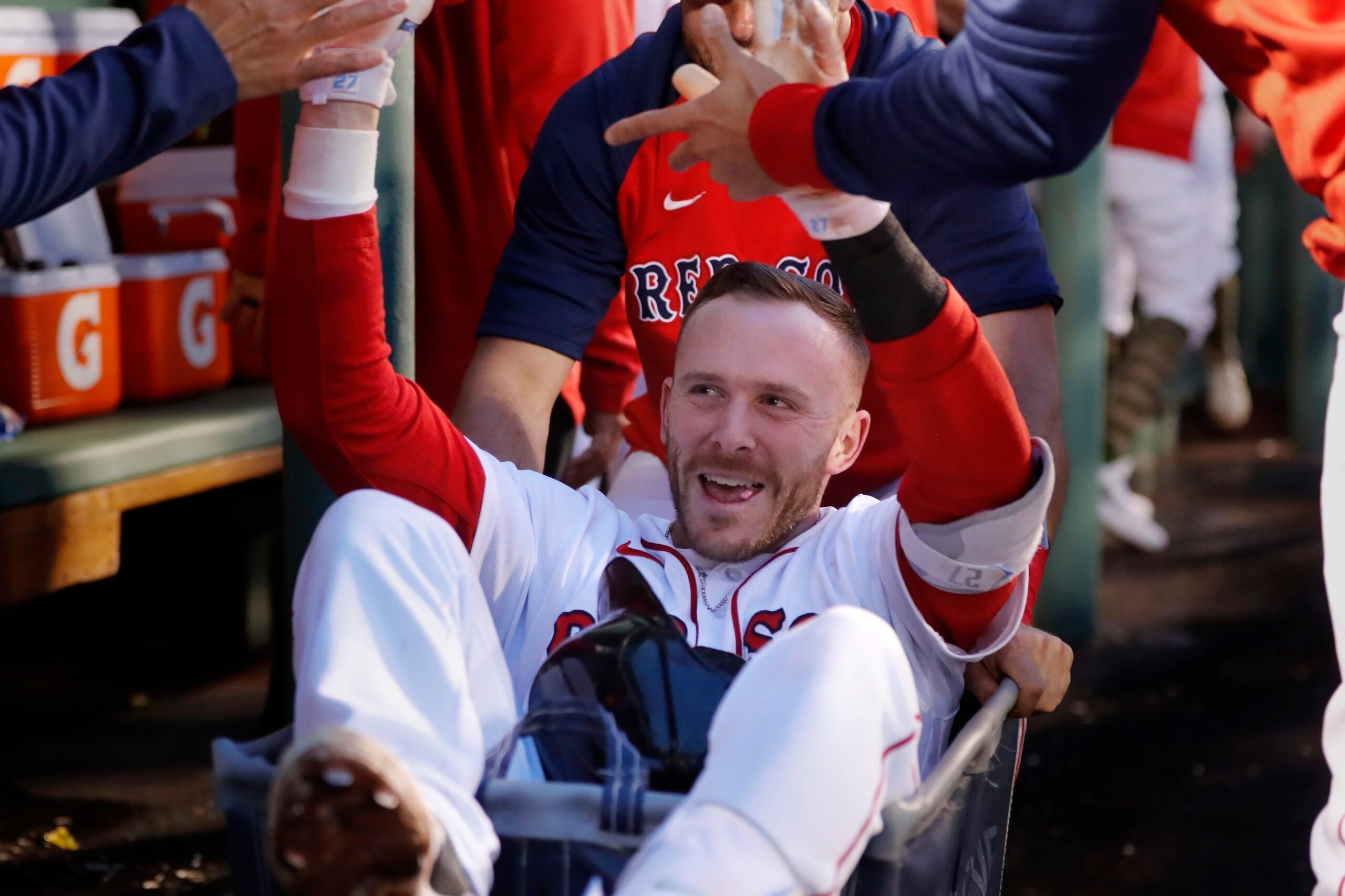 The Boston Red Sox needed a winning streak like this.

Their slow start was exacerbated by the fact that the first-place Yankees were threatening to pull away in the AL East, but the Red Sox have now won five in a row after sweeping Seattle. Trevor Story has five homers in the last four games, including a grand slam over the Green Monster on Friday that was caught by former Boston outfielder Jonny Gomes, who was at the game.

The Red Sox are still three games under .500 and 10 games behind division-leading New York, but Boston is only three games out of a wild card, and the team’s run differential is in positive territory.

Story’s surge is a welcome sight for the Red Sox. Rafael Devers, Xander Bogaerts and J.D. Martinez are all hitting well over .300, but Boston hasn’t gotten many contributions from the rest of its lineup. The pitching staff has its share of question marks as well, although Nick Pivetta started this winning streak by throwing a two-hitter against Houston.

The Red Sox still have a lot of work to do, with the Yankees, Rays and Blue Jays ahead of them in the division. New York was swept in a doubleheader by the White Sox on Sunday, but the Yankees had won 22 of 26 prior to that.

Like Boston, the White Sox were scuffling earlier this season, but they went on a six-game winning streak earlier this month. Chicago is now within four games of Minnesota in the AL Central.

The St. Louis Cardinals enjoyed an easy 18-4 win over Pittsburgh on Sunday. With the score 18-0, catcher Yadier Molina took the mound and pitched the final inning for the Cardinals. Albert Pujols hit two home runs to bring his career total to 683.

The 42-year-old Pujols has an OPS of .779 this year. He hasn’t finished better than that in a season since 2016. Expectations were pretty low when he went back to play for St. Louis again, but he has shown he still has some power left — and he provided some comic relief with his own pitching appearance in a win over San Francisco earlier this month.

The Cardinals are three games out of first place in the NL Central, and they’re one of only six National League teams with a winning record.

Story is one of five players in the majors with at least seven homers, five steals, 20 runs and 25 RBIs. Who are the other four?

Line of the week

Story began his recent home run binge with three of them in Boston’s 12-6 victory over Seattle on Thursday night. He had four hits and seven RBIs in that game.

Comeback of the week

The Twins were down 6-0 to Kansas City before storming back into the game with a five-run eighth inning. Then in the top of the ninth, a walk by Jorge Polanco, a double by Max Kepler and a sacrifice fly by Gary Sanchez enabled them to tie it. Gio Urshela’s single broke the tie, and Minnesota went on to a 7-6 win.

Acccording to Baseball Savant, the Royals’ win probability peaked at 99.5% in the seventh.