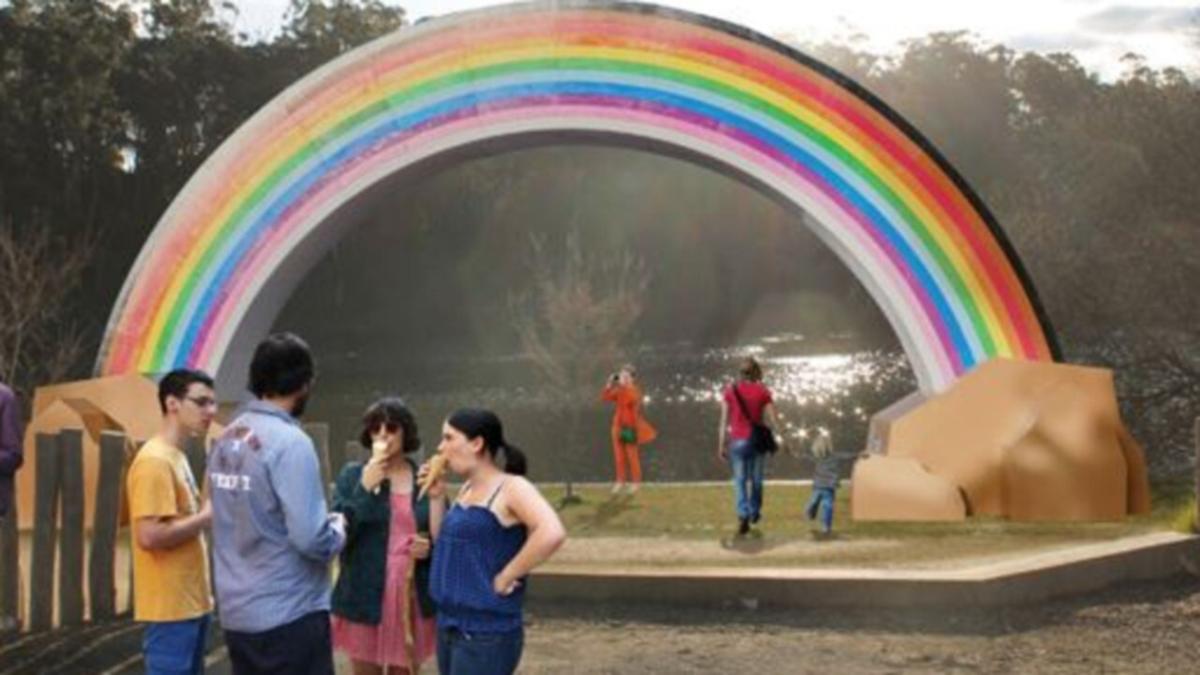 A regional Victorian town has been named the home of The Big Rainbow dedicated to the celebration of regional pride and inclusion.

Daylesford, 116km northwest of Melbourne won a tight race to host the big tourist attraction beating out Broome in Western Australia, Hay in NSW and Katherine in the NT.

The Big Rainbow is an initiative of dating-app giant Tinder Australia and carries a donation of $100,000﻿ to support regional organisations who deliver services to LGBTIQA+ people across Australia.

Hepburn Shire Council will assist in the installation of the 12 metre wide and 6 metre high tourist landmark.

Mayor Tim Drylie said it was brilliant to see The Big Rainbow coming to a town that is considered by many to be the rainbow capital of regional Australia.

“Daylesford is the home of the Chillout Festival, the longest running regional LGBTIQA+ festival in Australia, and home to many rainbow families,” Mayor Drylie said.

The ChillOut Festival which has been hosted annually in March for the last 25 years has become Australia’s largest Queer Country Pride festival.

“We have a long history of supporting our LGBTIQA+ community and visitors to our town, and we hope that The Big Rainbow will be an example of what it means to show love and support to everyone,” Mayor Drylie said.

Council will engage the public to vote on the best location for the new landmark.

HSC chief executive Bradley Thomas said he hoped the Big Rainbow will draw crowds in the same way the Big Pineapple in Queensland and the Big Merino in NSW do.

“I mean, Daylesford has always been knows as GAYlesford since I can remember so it stands to reason it was chosen,” one user wrote.

“Gay and Lesbian Capital of Australia,” wrote a second.

A few people were not excited by the idea of having the tourist landmark in their town.

“Oh please. Don’t put it in our faces even more so!,” wrote another.

Some expressed their concern that the sign will be an eyesore in front of the lush rural landscape.

“Sorry but I feel sad and I have a trans son. I am completely for inclusion I just don‘t want a giant plastic rainbow in our beautiful, natural landscape,” one said.

Where To Celebrate New Year’s Eve In New York City

Why Is Your Flight Slower Today Than Ever Before?

Most Luxurious Yoga Gifts For Travelers