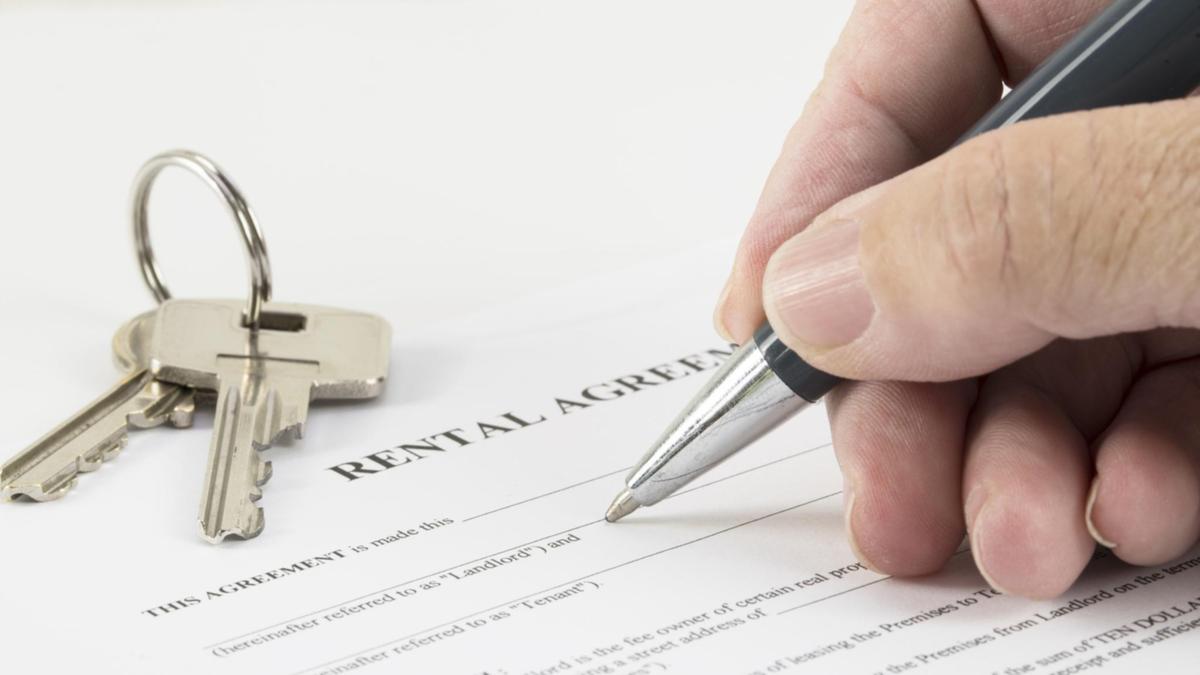 An Ipswich couple have won compensation from their former real estate agent after they were wrongfully given just one day to vacate their rain-damaged property.

But Tamika and Christopher Roberts’ win at the Queensland Civil and Administrative Tribunal late last year wasn’t for the reasons you might think.

The Redbank Plains renters in April 2021 told McGrath Real Estate Agents Springfield that rain had badly affected their back deck to the point where it was rotting away.

A builder later confirmed that the damage had, indeed, rendered the home unsafe.

But work was also months away from being completed because of material shortages during the coronavirus lockdowns.

And so a McGrath property manager sent Mr and Mrs Roberts a message asking them to vacate within a day.

According to the recently published tribunal judgment, the Robertses did not dispute that the property had become unliveable, but they said being forced to leave at such short notice had saddled them with significant extra costs and caused them a great deal of hassle.

However, Queensland property managers are not required to give a tenant any notice period to leave if it is because of unliveability – a clause usually reserved for damage outside of a breach of agreement.

The problem for McGrath Springfield was that the notice was botched.

It was initially sent as a “without grounds” notice and, even when assessed as a non-liveability notice, also handed to the tenants more than a month after they first raised the deck damage.

This is outside the allowed time for such a notice, meaning that QCAT adjudicator Elizabeth Gaffney in December ruled McGrath Springfield would have to repay the couple a total of $2222.67 in compensation.

‘AS DISCUSSED, ATTACHED IS THE NOTICE TO LEAVE’

According to hearing documents, the Robertses took a photo of their rotting deck on April 1, 2021, and sent it to their property manager.

The message was initially missed by the property manager, prompting a follow-up email from Ms Roberts on April 7.

It said: “the tiles are all cracked at the top of the deck as well where the wood has fallen it’s all rotten. I’m worried we are going to go through the deck with the rain we’ve had.”

According to the tribunal documents, on May 6 the Robertses received a phone message from a McGrath property manager confirming the deck had been inspected and was not safe, and they would receive an email about “moving forward”.

The email contained a notice to vacate the property that same day.

“Hi Tamika & Chris, Thank you for your time on the phone today. As discussed, attached is the notice to leave as the property has become uninhabitable due to the back deck.”

A company called AAMN Building Services inspected the Robertses’ home and advised McGrath that the existing decking would need to be removed and replaced in order for the residence to be declared safe.

But the coronavirus pandemic and associated border lockdowns had triggered significant trade and material shortages that threatened to delay any effort to get the work done in a timely manner.

Repairs were at least “two to three months” away from being started.

The next day, the notice to vacate was sent out.

Adjudicator Ms Gaffney agreed the damage was enough for McGrath Springfield to judge the property unliveable.

But she ruled the company had breached the Residential Tenancies and Rooming Accommodation Act by leaving it more than a month to issue Mr and Mrs Roberts with the notice to vacate on these grounds.

“The RTRAA imposes a duty on the lessor to issue the notice to leave within one month of the premises having been made completely or partly unfit to live in, and … that duty is taken to be included as a term of the lease – it was breached by the lessor,” Ms Gaffney said.

NCA NewsWire has reached out to parent company McGrath Real Estate for comment on the case.

At the tribunal hearing back in November, Mr and Mrs Roberts said they had been left out of pocket thousands of dollars by McGrath because they were forced to take annual leave, hire a trailer, and “cash in” some long service leave to swiftly move from the damaged home into a new property.

The couple also said McGrath did not initially give them access to their bond money, meaning Mr Roberts was forced to sell a collector’s card for $287 in order to pay bond for the new property.

The Robertses eventually handed the property back to McGrath 19 days after receiving the leave notice and – by the time of the tribunal hearing – had been refunded overpaid rent and their bond.

The self-represented couple had been seeking $4506 but were ultimately awarded compensation totalling $2222.67.

SO WHAT ARE THE RULES HERE?

Non-liveability is usually declared as a result of damage outside of a breach of agreement, such as from a natural disaster such as severe storms or cyclones.

Tenants Queensland chief executive Penny Carr says it is an area of tenancy law that was not often invoked.

She also added it was not designed to cover routine maintenance that was the landlord’s responsibility.

However, she agreed the existence of the non-liveability clause meant it was possible a tenant could be given a single day to clear out of a property that has been damaged by an event such as flooding.

“It’s not very common you see it … and it can be disputed, but the problem is a lot of tenants don’t know that,” Ms Carr said.

“You saw it used by both owners and tenants after the (recent) floods.

“I should say that sometimes tenants want to go. They look at the damage and realise that they won’t be able to move back in anyway.”

The Queensland Residential Tenants’ Authority says the “unliveability” of a property must be considered case by case.

The body giving the notice – in this case McGrath Real Estate Agents Springfield – does not necessarily have to limit the notice period to a single day and can choose to give the tenants more time or negotiate with them.

The tenant may even feel it is better to stay in the property, even if it is partially destroyed, and negotiate lower rent.

“Health and safety issues should be considered when making this decision,” the authority said.

In examining the Robertses’ case, the Real Estate Industry of Queensland said it was a “timely reminder” to property managers to ensure they comply with all legislative timeframes when issuing notices to leave.

“It is also an important reminder to conduct frequent and regular inspections of properties to ensure that any major maintenance issues are identified early before they render the property non-liveable,” report authors wrote.

“A defectively issued notice to leave will expose the landlord to a claim for breach of the lease.

“Such a claim will, ultimately, come back to the property manager.”