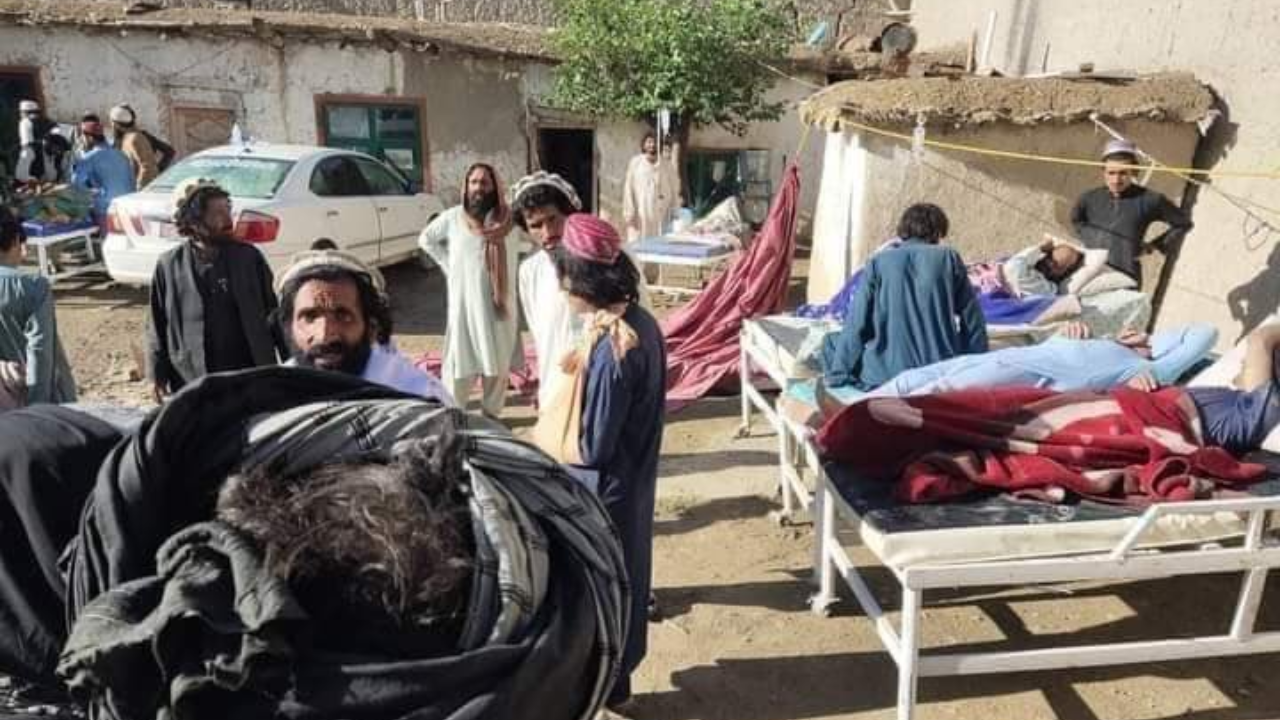 An earthquake impacting Afghanistan’s eastern province of Paktika on the night of June 21 has killed at least 1,000 people and injured more than 1,500. Rescue workers and volunteers are still digging through the rubble left behind by the quake, as victims are being transported by helicopter to makeshift and often inadequate medical facilities for care.

The overnight earthquake was recorded at magnitude 5.9, striking around 46 kilometres southwest of the city of Khost, near the border with Pakistan, mainly impacting Paktika province. The death toll has risen to at least 1,000, with more than 1,500 others injured, according to a state-run news agency. Officials expect the death toll to continue to rise.

The majority of Paktika province’s inhabitants live in rural areas. Mud-built homes and the rugged terrain made the impacts of the quake even more profound in the region. Hundreds of houses were destroyed by the quake and subsequent landslides, Taliban officials say.

At least 250 people have lost their lives after a powerful earthquake jolted #Afghanistan‘s Paktika province.

Prayers for the victims of this horrendous tragedy. Sadly, the world has been quick to forget about #Afghans. #paktika #AfghanWomen #earthquake pic.twitter.com/Rcygdaq2OR


A video shared on Twitter on June 22, 2022 shows crumbled and damaged houses amid the mountainous landscape of Paktika province.

The bulk of rescue efforts have been attempted via helicopter, due to difficult road conditions and the remoteness of the affected villages. Videos shared online showed helicopters landing in rural areas in Paktika to bring victims to hospital. People rushed injured victims into helicopters to be brought for medical treatment.

In #Afghanistan, a powerful earthquake killed 280 people and injured more than 600 with varying degrees of severity. pic.twitter.com/QKsLo06sWS


A video shared on Twitter on June 22, 2022 shows men in Paktika carrying people injured by the earthquake to a helicopter to be evacuated.


A video shared on Facebook on June 22, 2022 shows people carrying injured people to a helicopter in to receive medical assistance.

The regions of Khost and Paktika were already experiencing significant levels of food insecurity and lack of access to basic services, with poor or nonexistent telecommunications. There is also a high population of Pakistani refugees living in Paktika, many of whom live in emergency or makeshift shelters.

Locals and aid agencies say that medical facilities in rural Paktika are not equipped to treat victims of the earthquake. Images shared online show people being treated outdoors in makeshift clinics.

The region struck by earthquake in South-East #Afghanistan barely has any medical facilities. This is a clinic where victims have been transported for emergency treatment. People are begging for urgent help! pic.twitter.com/x4S0d7FWcs


A video shared on Twitter on June 22, 2022 shows a makeshift clinic set up for victims of the earthquake. People lie in hospital beds outside without proper medical facilities.

At least 300 people have been killed and more than 500 others injured in a magnitude 7.0 earthquake in Paktika province.#Afghanistan #earthquake #paktika pic.twitter.com/quGypQR7gp


Photos shared on Twitter on June 22, 2022 show the damage from the earthquake as well as the emergency medical response: people being treated on makeshift hospital beds outside.

The disaster comes amid a severe economic and humanitarian crisis in Afghanistan since the US military withdrew and the Taliban took over the country in August 2021. A number of governments have imposed sanctions on the country and cut development aid.

For the past two decades, Afghanistan was highly dependent on foreign aid funding to pay health care workers and keep medical facilities running. In January 2022, the World Health Organization warned that Afghanistan’s health system was “on the brink of collapse”.


A photo shared on Twitter on June 22, 2022 shows a medical facility being used to treat survivors of the earthquake in Paktika.

The rescue operation has been made even more complicated as many aid organisations left Afghanistan after the Taliban takeover.

Bilal Karimi, a deputy spokesperson for the Taliban government, tweeted: “We urge all aid agencies to send teams to the area immediately to prevent further catastrophe.”

Organisations such as the World Health Organization and the Red Crescent have mobilised in the region.

.@RedCrescent Delegation in #Afghanistan is on its way from Kabul, together with @ARCSAfghanistan and @IFRC, to support affected populations in earthquake hit areas in #Khost and #Paktika regions.

Prepositioned emergency supplies including shelter and food are mobilised 🚚🚛🚚 pic.twitter.com/zUKb54vkO0


Photos shared on Twitter on June 22, 2022 show Red Crescent vehicles prepared to transport aid to the areas impacted by the earthquake.

The quake was felt as far away as the Afghan capital, Kabul, as well as in neighbouring Pakistan. Afghanistan, located over a number of fault lines, is prone to earthquakes. More than 7,000 people have died in the past decade due to earthquakes, according to the US Geological Survey, or approximately 560 per year.