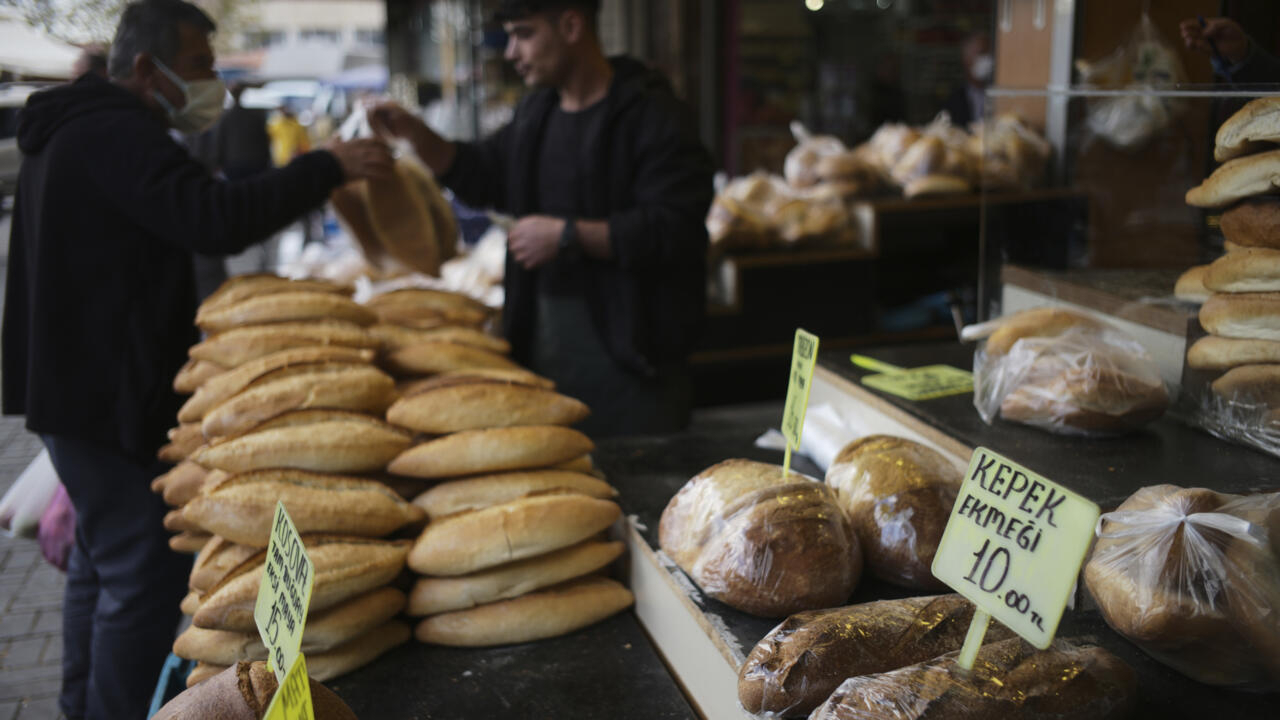 In May the official Turkish statistics institute established the inflation rate at 73.5 percent, the highest in the country since 1998 – a figure ENAG, an independent group of researchers, immediately disputed. It puts the real rate at around 160.80 percent. The director of the organisation became the target of judicial inquiries and political pressure, and is losing his position at his university.

His hands deep in the pockets of his apron, sporting a large drooping grey moustache, Zeki looks wearily at the fruits and vegetables lying in full view in his shop in Moda, in the heart of the Kadikoy district in Istanbul on the Asian side of the city. “Look at these beautiful pink heirloom tomatoes,” he says, pointing his chin in their direction. “They’re coming straight from Antalya. Normally in this season everyone wants them. What a waste.”

A year ago, Zeki was selling the tomatoes for eight Turkish liras (.45 euros) per kilogramme. Today, he can’t sell them for less than 20 (1.10 euros), more than double last year’s price. Economists say inflation is to blame, but President Recep Tayyip Erdogan disagrees. He explained on June 6 that inflation doesn’t exist in Turkey and that price increases are due to the growing cost of living.

In minimizing the seriousness of the economic crisis, the president has set the tone in the highest spheres of government. The director of the Turkish National Statistics Institute (TUIK) was fired after announcing an inflation rate that was considered too high. In May, that same institute sued ENAG, the independent Inflation Research Group, accusing it of publishing figures with the goal of tarnishing the national institute’s reputation.

The man in charge of ENAG, Veysel Ulusoy, is in the process of losing his position at Yeditepe University in Istanbul, where he has been teaching since 2010. He is being accused of “showing attitudes and behaviour contrary to those required by the title he holds” and “misusing resources, places, installations and measures provided or allocated to scientific research” in connection with his work at ENAG. Charges Ulusoy denies.

The researcher is hardly surprised at the turn of events, but more by the way they happened. “I expected this from the start but I didn’t think it would be based on reasons that are this absurd,” he says. “It raises questions: Perhaps the university buckled to outside pressure when launching its investigation so soon.”

And yet Ulusoy doesn’t seemed fazed by his dismissal. “ENAG will continue to provide public and financial institutions with data” because, he says, the government’s communication on economic matters shows “data manipulation”. Being fired in this way is ultimately in line with Ulusoy’s principles: “Staying with an institution (Yeditepe University) that has lost its morals would cost me dearly,” he says.

The Ulusoy affair highlights once again the current environment for researchers and academics in Turkey. The country clocks in at 135 out of 144 on the Academic Freedom Index. Much of that is due to the 2016 decree that allows the president to appoint and fire university professors and administrators. The index’s latest report indicates that between 2011 and 2021, “Brazil, Hong Kong, India and Turkey suffered the biggest setbacks in terms of academic freedom”.

This is a tendency that Didier Billion, deputy director of the Institute of International and Strategic Relations, confirms. “This is not a new trend but the pace has accelerated since the failed coup d’état in 2016. Even those academics who are not openly militant or opposed to the government prefer to censor themselves, afraid their research will seem too critical. It’s worrying.”

The geopolitics specialist believes that as the elections slated for 2023 inch closer, “the political environment is strained. The polls don’t look good for the president and there is no indication that the economic crisis will be resolved. In these conditions, similar to those in regimes one could call authoritarian, the head of state tends to listen only to his intuition and surrounds himself with people who don’t dare to contradict him,” Billion says.

It’s in this context that the Turkish National Assembly is expected on Wednesday to introduce a new bill that would allow for one-to-three year prison sentences for those who “disseminate misleading information to the public”. For Ulusoy, there is little doubt that if the bill is passed, it will be used against those who relay ENAG’s figures.

This article has been translated from the original in French.

NHS may cancel appointments and reduce visiting times over Covid and flu ‘twindemic’,…