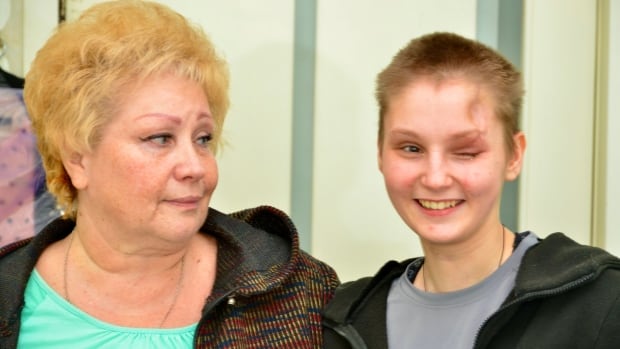 Kharkiv is a city that can now breathe, but not necessarily relax.

Ukrainian forces have pushed invading forces back toward the Russian border over the last week and a half, relaxing a death grip that has threatened the country’s second-largest city since the earliest days of the war.

The streets and sidewalks are lined with craters and ruined buildings, while some shops have been simply shredded by shellfire, especially in Saltivka, the now-wasted suburb on the city’s northeastern corner.

Many still-traumatized residents are struggling to find what normal will look like, and are wondering if they ever will ever succeed in finding it.

“No one knew what was the situation, where to hide, where to run, because the shelling was all over the city,” said Ludmilla Ivanivna, the head nurse on the adult surgery wing of the Kharkiv City Clinical Hospital, known as the Meshchaninov.

She and her colleagues seemed physically and emotionally exhausted on Saturday as they recounted the nearly three harrowing months of relentless warfare as Russian armoured columns tried to bludgeon their way into the city.

Life in the hospital

Elsewhere in Ukraine, hospitals have been targeted with abandon by Russian artillery and missiles, although Moscow denies it has such a policy. The staff at the Meshchaninov were taking no such chances and had stretchers lined up in the corridor ready to move patients away from windows that would have blown should it have been struck.

All along those dimly lit hallways, you find lives forever altered.

“I [have] lived in the hospital [for] 80 days. Two-and-a-half months. From the first day to this day,” said Dr. Oleksandr Dukhovsky, one of the hospital’s trauma surgeons and its head of pediatrics.

Other staff members and even patients have done the same — some out of a sense of duty, but in other cases because they have nowhere to go.

When Russian shells hit civilians lining up for aid in Kharkiv in March, it was Dukhosky who was treating them, and sometimes under the most horrific conditions.

“It is very emotional to talk about,” Dukhovsky said after a long pause.

Patients with nowhere to go

On March 6, at an apartment block one kilometre up the road from the hospital, a shell landed almost on top of the building. The resulting explosion blew in the windows and sent the kitchen door flying toward 18-year-old Diana Zinchenko.

The young woman’s face and head were smashed. When she arrived at the hospital, Dukhosky struggled to save her through two operations and facial reconstruction.

She survived, although she lost her left eye and has a major scar on the side of her head. She’s still in the hospital.

Diana’s mother Viktoria was eager to show off photos of her daughter, a recent high school graduate with long flowing hair and a formal dress, from those happier, more innocent days.

“She is so beautiful,” Viktoria said while her daughter sat on her hospital bed and flashed a shy smile, as if embarrassed by all the attention being paid to her.

With their apartment in ruins, they have nowhere to go. They live in the hospital room, which they share with Diana’s grandfather, who seemed overwhelmed that his granddaughter was being interviewed, photographed and fawned over.

“Thank you. Thank you,” he kept repeating in Russian.

Across town, there were more people who weren’t sure where to go or what to do in the relative safety of Kharkiv.

Turning a bomb shelter into a home

Across the city, a former Soviet-era bomb shelter had been home to as many as 150 people at the height of the fighting over the ancient city, which lies at the heart of intersecting rivers.

The old shelter, complete with framed photos of long-dead Communist Party commissars, is dim, damp, dusty and cramped. Residents have converted army stretchers in makeshift cots. Some brought a few comforts from home, photos that they’ve hung on the wall, favourite blankets, pillows and reading lamps.

Some areas between families were screened with blankets and tarps. There was a play area for the children, where some of them drew on the concrete walls with crayons.

“BOOM” one child wrote on the wall, surrounding the words with a cloud of smoke. The drawing  was situated next to an assortment of sketched cartoon characters.

“When people first came here, the bombing was so intense people were like jumping for three days here, but then they realized they were very safe here,” said Valentina Turchina, one of the residents who has yet to leave the bunker.

Her adult son, with whom she was living, died a few weeks into the war. She said he took his own life, but did not elaborate.

Turchina said she doesn’t know whether it’s safe to return to the surface.

She may have a point.

As night fell across the city  more air sirens and the sound of distant artillery — both incoming and outgoing —  cut through the darkness.

It was a visceral reminder that Kharkiv’s agony is far from being finished.