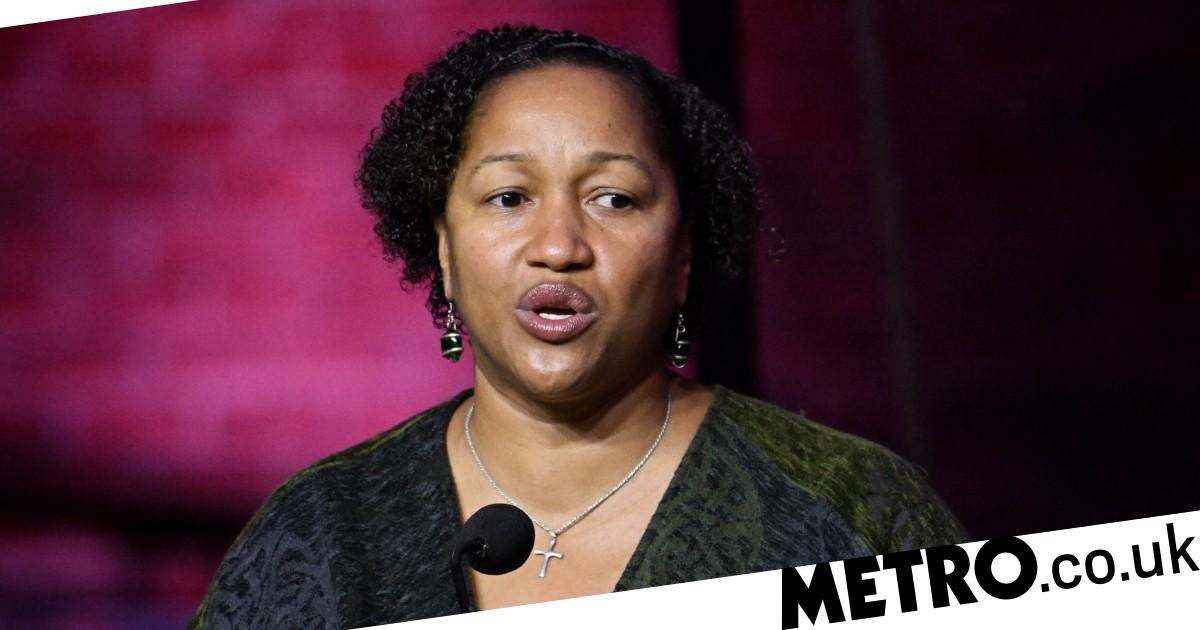 Before Prince William kicked off his first event in Boston, a reverend urged the audience to ‘consider the legacy of colonialism’.

Reverend Mariama White-Hammond made the speech in front of the Prince and Princess of Wales yesterday only hours after another racism scandal rocked the royal household.

William’s godmother, Lady Susan-Hussey, resigned from Buckingham Palace for questioning where a Black guest at a glittering palace reception was ‘from’.

Ngozi Fulani, the founder of an anti-violence support group, said the aide seemed unwilling to believe that she was from the UK.

White-Hammond, Boston’s chief of environment, energy, and open space, was speaking at the Earthshot Prize that awards climate change campaigners.

She started her speech by ‘acknowledging the ancestral lands we stand on today’ and adding that Boston is the first American city to host the British ceremony.

White-Hammond told attendees at Boston City Hall: ‘On this day, I invite us all to consider the legacy of colonialism and racism.

‘The ways it has impacted people across the world and its connection, its deep connection to the degradation of land and our planet that we are all seeking to reverse.

‘The stories lost, the species made extinct, but also the persistence of people in the face of oppression and the fundamental dignity of all of our relations.’

A spokesperson from the Mayor’s Office of Environment, Energy and Open Space told HuffPo that White-Hammond’s speech was planned before the Susan-Hussey incident.

The speech comes after Prince William and Kate Middleton’s tour of the Caribbean in March was marked by controversy.

Calls for slavery reparations followed them, while the Jamaican prime minister told them they hoped to ‘move on’ and become a republic’.

A government committee in the Bahamas urged the royals to issue a ‘full and formal apology for their crimes against humanity’.

Fulani, who runs Sistah Space that helps domestic violence and sexual abuse victims of African and Caribbean, was invited to a reception on Tuesday by the queen consort Camilla.

The event was dedicated to raising awareness about the violence women and girls face.

But documenting an alleged exchange on Twitter with Susan-Hussey, Fulani claimed the former lady-in-waiting to the Queen repeatedly asked her where she was ‘really’ from.

‘The rest of the event is a blur,’ she said, only referring to the royal household member she spoke to as ‘Lady SH’.

in a blunt statement, Prince William’s spokesperson said it was ‘disappointing’ to hear about Fulani’s experiences.

‘Racism has no place in our society,’ they said. ‘The comments were unacceptable, and it is right that the individual has stepped aside with immediate effect.’

UK bank holidays 2023: All dates from Easter to King’s…