Right-Wing ‘The Boys’ Fans Grapple With Homelander Being A Villain, Confusing Everyone 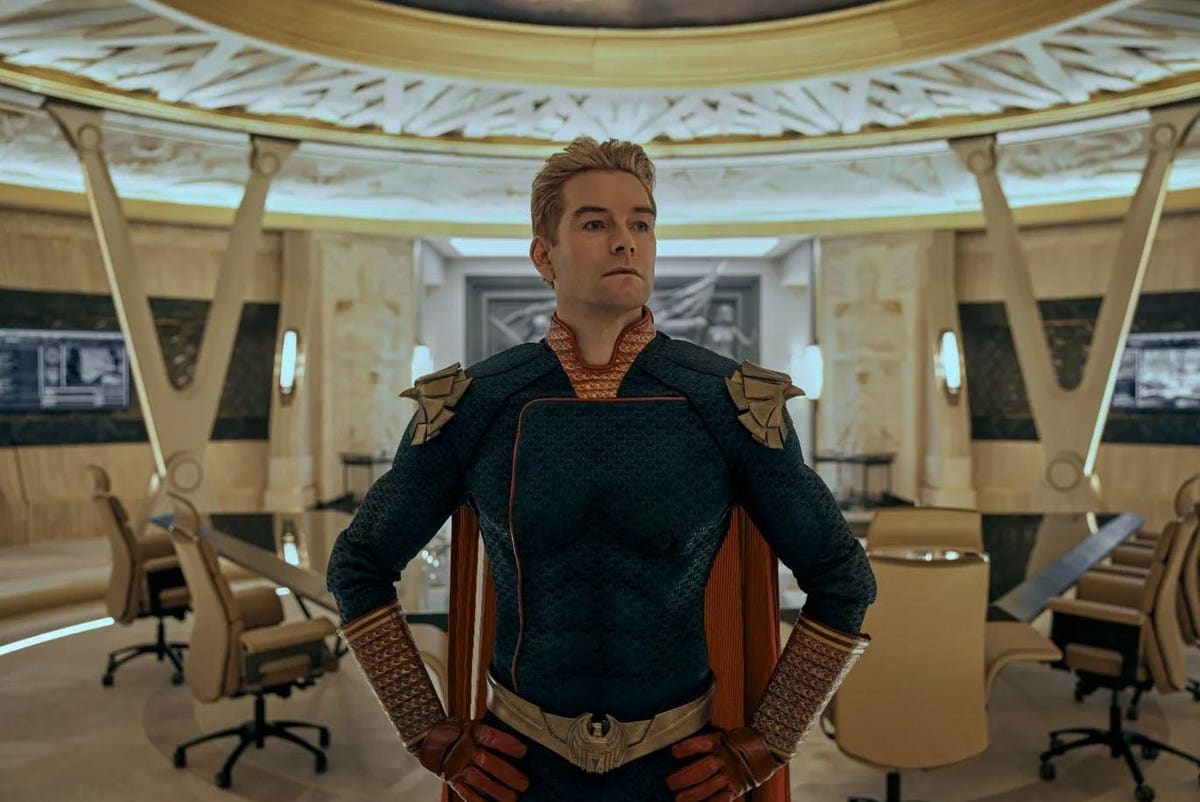 After this week’s episode of The Boys, something rather weird happened, as a civil war broke out on the show’s subreddit, as documented by writer Ryan Broderick for Rolling Stone.

The conflicts centered around two main issues, one was that some fans thought that racist superhero cop Blue Hawk was making some “pretty good points” shortly before assaulting an unarmed room of black people. The other issue? That centered on Homelander. While “politics” is banned on the subreddit, Homelander has become essentially a 1:1 parallel of Donald Trump as of this past week, assigning his minions to clear out valuable agencies (the Deep shutting down crime tracking) and going on the equivalent of Fox News to talk about free speech and “cancel culture” after a big “telling it like it is” speech he made the week before.

Everyone viewing all this from the outside finds this…deeply confusing. Did some people really not understand Homelander was a villain? Broderick say that many may have, but they were hoping for some sort of redemption arc for him:

This, of course, is not what the show is doing. While there may be some “redeemable” villains on the show (I’d argue A-Train was actually trying to do right by his community, even if it went terribly wrong), Homelander is very clearly not one of those villains, and the show has been massively political from the start, which has only gotten more and more blatantly obvious over time.

This is not new to fiction. Villains that really have no redeeming qualities have been glorified in the past, from Tyler Durden to Tony Soprano, but Homelander seems like a new level here because he’s just such obvious commentary on specific elements of the political right. The problem is, what he is parodying was already so close to parody itself in the first place, that those same people are falling for it twice, once in real life, now in a fictional series where they don’t understand why he’s an irredeemable villain.

Yes, it’s bizarre, but so is America at the moment, so here we are. Buckle up for next week, Herogasm, where we will be having…different conversations about The Boys.

Will Smith Explains How He Talked to His Nephew, 9, About Oscars Slap – NBC Los…

10 Of The Best Restaurants In Toronto