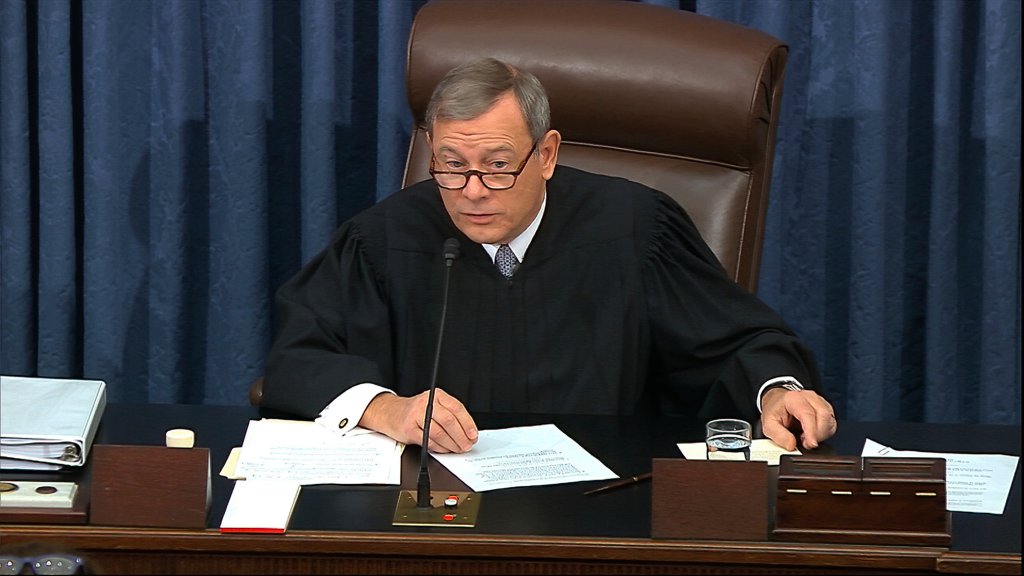 On a U.S. Supreme Court dominated by an ambitious conservative wing, Chief Justice John Roberts has become a man on an island.

The 67-year-old chief justice, appointed in 2005 by Republican President George W. Bush, is a conservative trying to chart an incremental course for a court that would rather take giant leaps.

In the historic abortion ruling released Friday, Roberts tried to find a middle ground. He issued his own opinion joining the conservative majority in support of Mississippi’s 15-week abortion law, but siding with the court’s three liberal justices in opposing the majority’s decision to overturn Roe v. Wade.

It’s not the first time Roberts has taken a position that conflicts with his fellow conservatives. He sided with liberal arguments in dissenting opinions on a Texas abortion law in September, an Alabama voting district in February, and an environmental case in April. He’s become the target of angry conservatives who say he doesn’t fight enough to push their views.

On abortion, Roberts “wasn’t able to control the direction of the court,” said David Gans, a civil rights lawyer at the progressive Constitutional Accountability Center. “There is huge daylight between his position and the majority’s position.”

Roberts, a staunch protector of the court’s institutional legitimacy, has historically sought incremental changes in constitutional law over time rather than big shifts all at once, and the abortion case was no different.

In a separate opinion on Friday, Roberts said he’d have supported a restriction after 15 weeks of pregnancy — the same as the Mississippi law the court was reviewing — rather than ditching Roe entirely as the conservative majority did. In overturning the landmark 1973 Roe v. Wade decision, the court left it up to states to decide if and when abortion is legal.

“Both the court’s opinion and the dissent display a relentless freedom from doubt on the legal issue that I cannot share,” Roberts wrote. “I am not sure, for example, that a ban on terminating a pregnancy from the moment of conception must be treated the same under the Constitution as a ban after fifteen weeks.”

No other justice joined in his opinion.

Roberts’s waning influence has coincided with dramatic changes in the composition of the court. Former President Donald Trump appointed three conservative justices and was vocal about only choosing candidates who would vote to overturn Roe. First was Neil Gorsuch and then came Brett Kavanaugh, who replaced swing vote Anthony Kennedy, who sided with liberals on gay marriage and, for the most part, abortion.

Only weeks before the 2020 election, Trump’s third pick, Amy Coney Barrett, gave the wing a solid 6-3 majority, which diminished the influence of Roberts.

“With a 6-3 majority, he still has a lot of influence, but he is no longer the swing voter on many issues,” said Ilya Somin, a law professor at George Mason University.

The conservative justices have also exercised their influence by increasingly granting emergency requests, which critics have called the “shadow docket.” Liberal advocates adopted the term to criticize high court decisions that happen without full-scale briefing and arguments.

As the conservative majority has emerged, Roberts has found his way into dissent, joining liberal voices in September when the court left in place a Texas law outlawing most abortions after six weeks of pregnancy. In his comments at the time, Roberts didn’t go as far as the liberal justices to say that the law was unconstitutional.

In February, he joined the liberal justices in dissent when the court restored an Alabama-drawn congressional map and blocked a ruling that would have required a second heavily Black district for the November election. In April, he joined liberals in another dissent as the court temporarily reinstated a rule that scaled back federal protections for streams, wetlands and other bodies of water.

Before the court’s composition changed, Roberts could more easily exert his influence. In 2012, he sided with liberal justices to become the deciding vote in upholding the Affordable Care Act, a signature accomplishment for then-President Barack Obama.

Former Vice President Mike Pence said in 2020 that Roberts “has been a disappointment to conservatives,” after decisions including one that year to invalidate a Louisiana law restriction abortion.

“The big difference is that because he’s not the fifth vote, his ability to get other folks to go along is dramatically diminished,” said Jonathan Adler, a Case Western Reserve University law professor.

Roberts has tried to maintain public confidence in the court but that’s been more difficult recently. There have been reports of rifts on the court, as well as allegations of a conflict of interest for the longest-serving conservative, Justice Clarence Thomas. His wife, Ginni, a conservative activist, was involved in seeking to discredit the results of the 2020 election that Trump lost.

Even before the abortion ruling and another decision Thursday expanding gun rights, Americans’ confidence in the Supreme Court had reached a new low, according to a Gallup poll measuring faith in institutions over 50 years. The 11-point drop for the nation’s highest court is about double that of the decline experienced by other institutions included in the survey.

In his solo opinion Friday, before tens of thousands of protesters filled the streets of American cities in protest, Roberts wrote that he would “leave to another day whether to reject any right to an abortion at all.”

Roberts urged “judicial restraint,” warning that overturning precedents would be a “serious jolt to the legal system.”