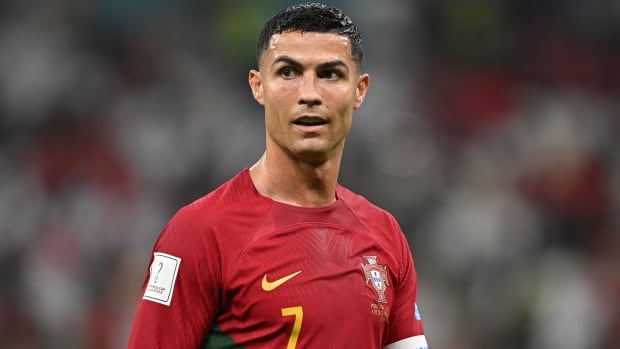 This is an excerpt from The Buzzer, which is CBC Sports’ daily email newsletter. Stay up to speed on what’s happening in sports by subscribing here.

Eight teams remain at the World Cup in Qatar. They include the defending champions, the current title favourites, the Cinderella story of the tournament and two teams with an aging all-time great trying to win his first World Cup — one of whom might be his own worst enemy. Here’s a little to know about each quarter-final matchup:

Brazil vs. Croatia at 10 a.m. ET: The top-ranked Brazilians’ status as the team to beat was bolstered by star forward Neymar’s return from an ankle injury for a 4-1 thrashing of South Korea in the round of 16. Croatia reached the World Cup final four years ago on the strength of its still-dominant midfield. But it lacks the firepower up front to scare stifling Brazil, which can beat you in many different ways.

Argentina vs. Netherlands at 2 p.m. ET: The great Lionel Messi’s last best shot to lead Argentina to a World Cup title (and quiet the Maradonaphiles for a minute) is still kicking after that heart attack of an opening loss to Saudi Arabia. Playing in his fifth World Cup, the 35-year-old forward has scored three times (tied for second in the tournament), including the opening goal in last weekend’s 2-1 knockout win over Australia. The Netherlands, probably the most celebrated team to have never won a World Cup, will be a much tougher obstacle after overwhelming a hopeful United States side 3-1. But, if Friday’s games play out the way oddsmakers anticipate, we’ll get the South American death match everybody wants to see in the semifinals: Brazil vs. Argentina.

Portugal vs. Morocco at 10 a.m. ET: Cristiano Ronaldo is in a prison of his own making. Playing in what’s likely to be his final World Cup, the highest-scoring man in the history of international soccer badly wants to lift the trophy for the first time. Trouble is, his chances of achieving that goal decrease the more time he spends on the field — and Ronaldo seems to be the only one who won’t accept that. At 37, the Portuguese icon’s otherworldly skills have diminished to the point that he can no longer be the focal point of a championship team. But, rather than play the complementary role that would maximize Portugal’s chances of winning, Ronaldo still demands to be The Man. Coach Fernando Santos finally put his foot down in the round of 16, benching Ronaldo in favour of 21-year-old World Cup rookie Goncalo Ramos. The result was stunning: Ramos scored the first hat trick in a World Cup knockout game in 32 years as Portugal routed Switzerland 6-1. If Ronaldo can check his ego, Portugal might go all the way. But first they must get past an iron-willed Morocco team that just shocked Spain on penalty kicks. Morocco will have plenty of crowd support from the locals as the first Arab country ever to reach the World Cup quarter-finals. Read more about Ronaldo’s dilemma in this piece by Chris Jones.

France vs. England at 2 p.m. ET: If you can catch just one of the quarter-finals, make it this one. Defending champion France is led by the phenomenal Kylian Mbappé, who scored four goals as a teenager at the 2018 World Cup and has added a tournament-high five more here to match Messi’s career total — at the age of just 23. Despite having the most explosive player on earth right now, the French are only slight favourites to get past an England side that has at times looked like the strongest in Qatar. A victory over their ancient rivals would put the Three Lions two wins away from capturing their first major trophy since the 1966 World Cup. Just don’t mention that to their chronically jittery fans.

Man Utd vs Reading LIVE: Team news, line-ups and more from FA Cup fourth round as…