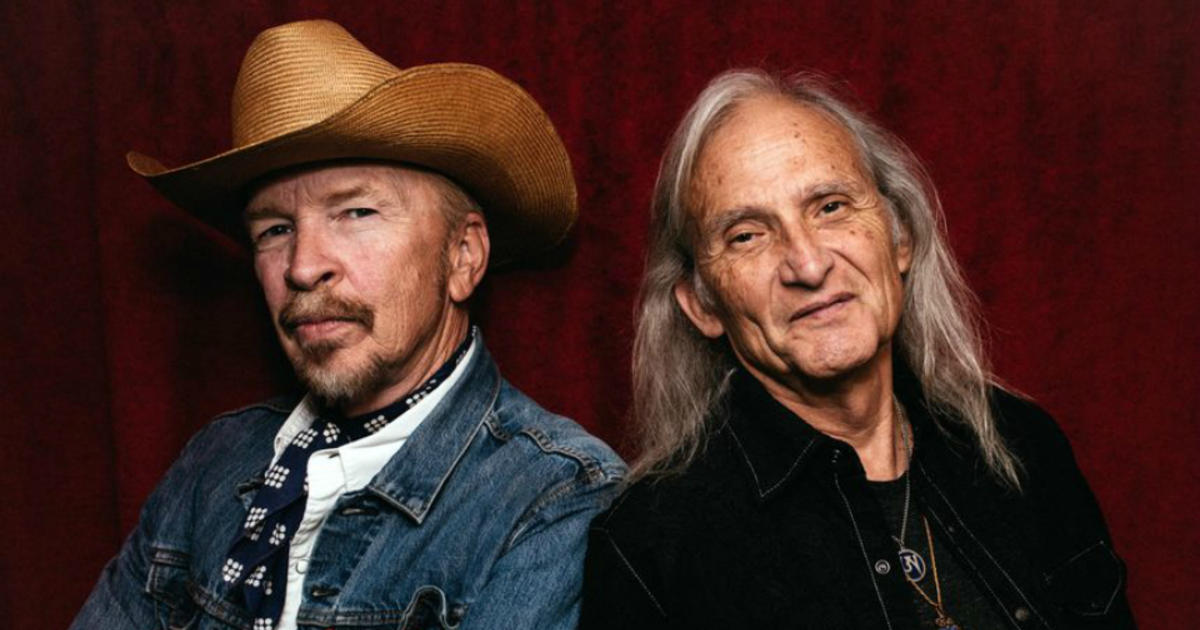 Alvin got his start making a unique mix of rockabilly, country, early rock and roll, blues and R&B with the Blasters, the band he started with his brother Phil in Downey, California in the late ’70s. Mentored by blues vocalist Big Joe Turner (who the brothers would follow from gig to gig in Los Angeles), the two brothers were as seasoned as a pair of musicians in their 20s could be when the Blasters came together with drummer Bill Bateman and bassist John Bazz.

The new band would record it’s debut independent album American Music over two days in a living room studio, bashing out a mix of originals and songs by the likes of Billy Haley and Jimmie Rogers that wiped away the boundaries between roots-music styles. Along with country/rockabilly-influenced punk group X and East LA contemporaries Los Lobos, the Blasters brought a sense of history to the sonic stew of the Los Angeles scene. The band’s reputation as a firebrand live act led to tour dates with acts as varied as psychobilly icons the Cramps, country heroes Asleep at the Wheel and ’70s rock favorites Queen.

The band would sign to Slash/Warner Bros. for their acclaimed eponymous sophomore album in 1981, a record that established the Blasters as one of the top rising rock bands in the U.S. That same year, the guitarist contributed to the seminal 1981 album by songwriter Chris Desjardins and his all-star band the Flesh Eaters — which featured X’s rhythm section of John Doe (bass) and DJ Bonebrake (playing marimba and assorted percussion) alongside Blasters drummer Bateman and future Los Lobos member Steve Berlin on saxophone — entitled A Minute To Pray, a Second to Die. Two more hit records for the Blasters — Non Fiction in 1983 and Hard Line two years later — would follow before Dave Alvin departed for his own successful solo career. He would also regularly work with other musicians, taking over as lead guitarist in X around the same time he left the Blasters, playing with the acoustic roots X side project the Knitters and touring with raunchy country/punk singers Mojo Nixon and Country Dick Montana as the Pleasure Barons.

Alvin’s more recent efforts have teamed the guitarist with a variety of co-conspirators. He has worked extensively with backing band the Guilty Women and reunited with his brother for a couple of albums featuring blues covers, toured with the Flesh Eaters and recorded the band’s first album in decades — 2019’s I Used to Be Pretty — and founded the mostly covers project the Third Mind that found him playing psychedelic versions of Alice Coltrane and Roky Erickson songs with bassist Victor Krummenacher (Camper Van Beethoven, Cracker, Monks of Doom), guitarist David Immergluck (Counting Crows, Monks of Doom, John Hiatt), and drummer Michael Jerome (Richard Thompson, Better Than Ezra). He also recorded an acclaimed 2018 collaboration with noted songwriter Jimmie Dale Gilmore entitled Downey to Lubbock.

A native of the Texas Panhandle, the veteran songwriter was born in the 1940s in Amarillo and raised in Lubbock. Though shaped by the music of Hank Williams and the honky tonk sounds his musician father played, Gilmore was also inspired by a concert he saw in 1955 featuring Johnny Cash and Elvis Presley. In the early ’70s, he teamed with fellow Texas songwriters Joe Ely and Butch Hancock to form the Flatlanders, who would garner some acclaim and a regional following. The band’s debut recording All American Music did not see proper release and the group dissolved by 1973, but the three principles all went on to successful solo careers and the album — reissued in 1991 by Rounder Records with the new title More Legend Than Band — found the outfit being hailed as one of the pioneering acts of alternative country long before the term existed.

Gilmore would abandon music for the remainder of the decade, spending much of his time studying metaphysics at a Colorado ashram before returning to Texas and reviving his music career in the country hotbed of Austin. With other musicians recording versions of his songs since the late ’70s, it wasn’t long before Gilmore established himself as solo star with his tremulous voice and spiritual songwriting bent that marked his material. He recorded a string of albums as a leader in addition to reuniting with the Flatlanders during the ’90s for regular tours and albums that have continued until today.

As longtime friends and frequent performers at the annual Hardly Strictly Bluegrass Festival in San Francisco’s Golden Gate Park, it makes perfect sense that Gilmore and Alvin would end up working together on a recording. Celebrating their shared musical interests that had them traveling similar paths despite differences in age and geography, Downey to Lubbock garnered rave reviews for its mix of wide-ranging covers including a remake of the Youngbloods’ 1969 hit “Get Together” along with two new original tunes by the pair.

After an arduous two-year battle with cancer during the pandemic, Alvin and Gilmore reunite for this current West Coast tour backed by Alvin’s regular band the Guilty Ones that comes to the Chapel Tuesday night. They will be joined by veteran Mission District honky-tonk outfit Red Meat. Founded in 1993 by lead singer Smelly Kelly and guitarist Scott Young, the group has been an institution of San Francisco roots music for nearly two decades, sharing stages with inspiration and architect of the Bakersfield sound the late Buck Owens and backing rockabilly legend Wanda Jackson.