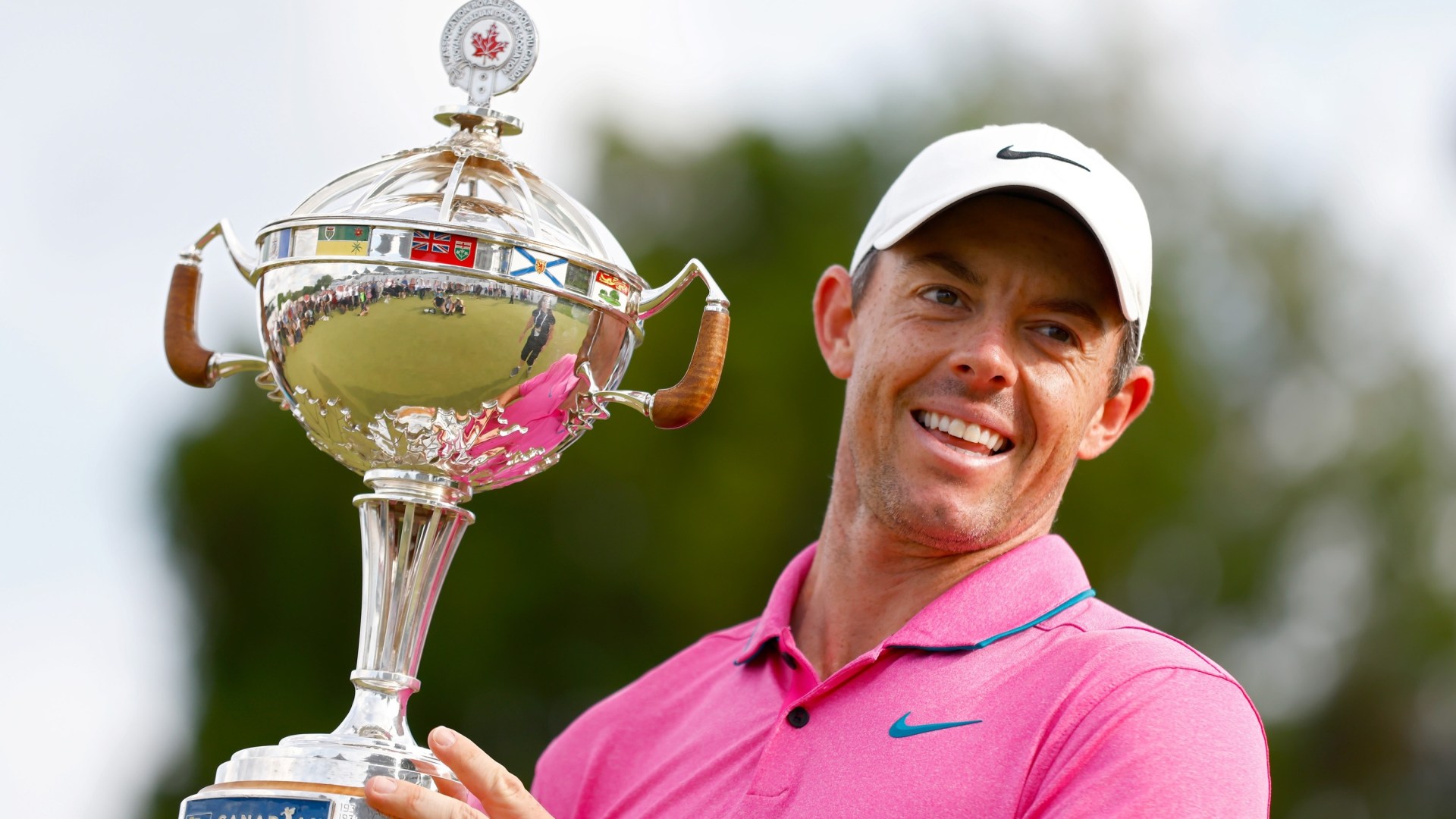 Rory McIlroy gave himself the perfect pre-US Open boost, as he heads to Brookline today on the back of his first PGA Tour victory since last October.

McIlroy retained the Canadian Open title he has held since 2019 – the event has been cancelled for the last two years because of Covid – and then took a dig at LIV Series supremo Greg Norman.

McIlroy has condemned the cash-obsessed breakaway circuit, and he admitted his 21st PGA Tour victory – over a field containing five of the top ten players in the world – meant even more, as it took him one clear of Norman.

McIlroy, 33, commented: “This is a day I will remember for a long time. My 21st Tour win, which is one more than someone else I could mention. That was a big incentive after all that has gone on.

“It always feels good to be in the winner’s circle, especially so close to a Major. I feel really good about my game.

The four-time Major champion seemed to be on course for a comfortable victory as he played the first 12 holes in a majestic eight under par, to surge into a three shot lead.

But a clumsy three putt on the short 13th and another bogey on the 16th allowed playing partner Justin Thomas to draw level – and it looked like the American, who won his second USPGA title last month, had seized the momentum.

But McIlroy regrouped, and a brilliant birdie-birdie finish propelled him to an eight under par 62.

That was good enough for a two shot victory over Tony Finau, with Thomas fading into third place after bogeys at 17 and 18.

Justin Rose earlier blew a great chance to become the first golfer to shoot a 59 with more than one bogey on his card, as he made a mess of the final hole.

Rose, 41, dropped shots at the par five ninth and the short 16th – but three eagles and seven birdies on the par 70 St Georges course meant he needed only a par to become the 12th PGA Tour star to post a sub-60 round.

But with 153 yards to the flag from the semi-rough on 18, the 2013 US Open champion caught a flier and air-mailed the green.

He failed to get up and down and had to sign for a ten under par 60, and a share of fourth place.