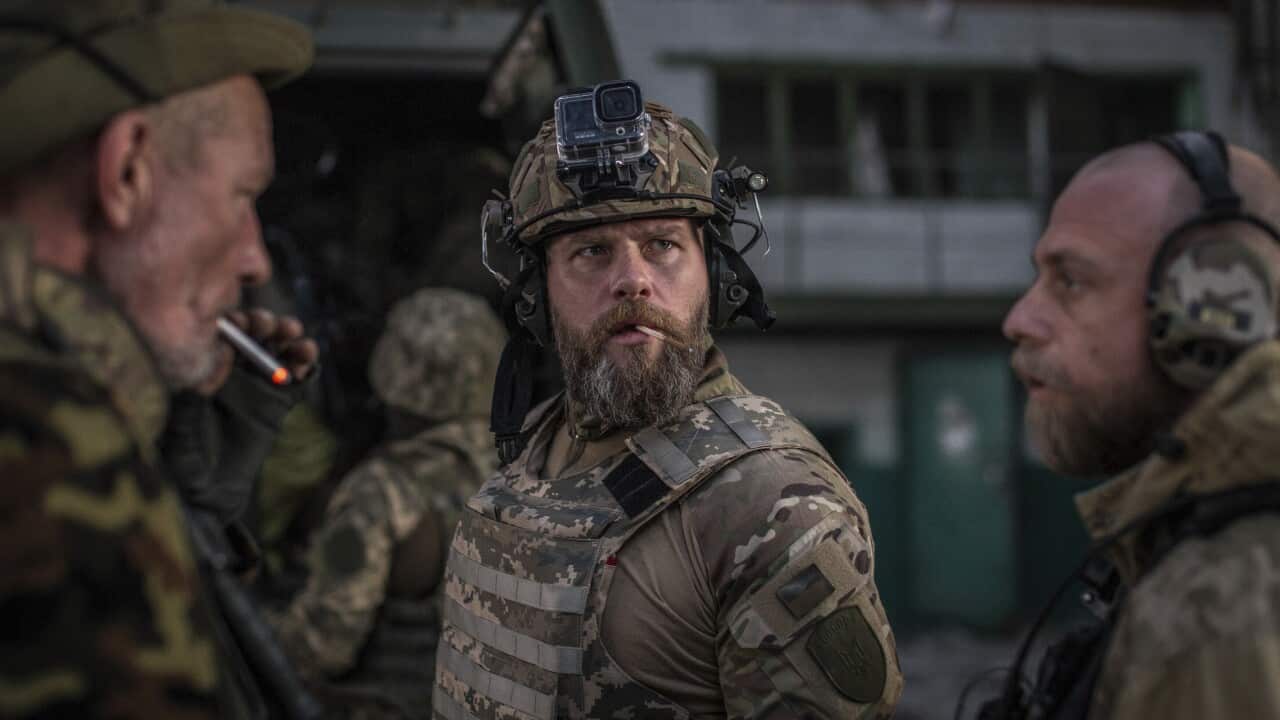 Russian forces said on Sunday they had struck a site in western Ukraine storing US and EU-supplied weapons, as the battle intensified for the key eastern city of Severodonetsk.
The strike on the town of Chortkiv, a rare attack by Russia in the relatively calm west of Ukraine, left 22 people injured, the regional governor said.

Meanwhile the situation in Severodonetsk was “extremely difficult”, after the Russian army destroyed a second bridge into the city and was heavily bombarding the last one, regional governor Sergiy Gaiday said.

Away from the battlefield, the head of the European Commission on Saturday promised it would provide a clear signal by the end of next week on Ukraine’s bid to become a candidate to join the European Union.
“Ukraine has achieved a lot in the past ten years and much still needs to be done. Our opinion will reflect this carefully,” Ursula von der Leyen said after a surprise trip to the capital Kyiv.
Despite reservations among some member states, EU leaders are expected to approve the bid at a summit later this month, although with strict conditions attached.
“The challenge will be to come out of the (EU) council with a united position, which reflects the enormity of these historic decisions,” Ms von der Leyen said as she travelled back to Poland.

Ukraine’s geopolitical vulnerability has been laid bare by Russia’s 24 February invasion, which has killed thousands, sent millions fleeing and reduced swathes of the country to rubble.

In Brussels on Sunday, demonstrators brandishing blue and yellow Ukraine flags circled the European Commission headquarters in a show of support.

Ukrainian President Volodymyr Zelenskyy said late on Saturday his country’s bid would strengthen the EU.
“There will be many more equally important and, I hope, fruitful talks with European leaders next week,” he added.
The war meanwhile has prompted Finland and Sweden to give up decades of military non-alignment and bid to join the NATO alliance, as a deterrent against Russian aggression.
However, Turkey is blocking their bids and NATO chief Jens Stoltenberg said on Sunday the issue may not be resolved by an alliance summit later this month.

The United States and EU have sent weapons and cash to help Ukraine fend off the Russian advance, alongside punishing Moscow with unprecedented economic sanctions.
Russia’s defence ministry said the strike on Chortkiv destroyed a “large depot of anti-tank missile systems, portable air defence systems and shells provided to the Kyiv regime by the US and European countries”.

Regional governor Volodymyr Trush said that four missiles fired from the Black Sea had partially destroyed a military installation in the town, about 140 kilometres from the border with Romania, on Saturday evening.

Residential buildings were also damaged and 22 people were hurt. All of them — including seven women and a 12-year-old — were taken to hospital, he said in a Facebook post.
It was a rare attack in western Ukraine, with the east and south of the country having borne the brunt of Russian firepower.
The cities of Severodonetsk and Lysychansk, which are separated by a river, have been targeted for weeks as the last areas still under Ukrainian control in the region of Lugansk.

“The situation in Severodonetsk is extremely difficult,” said Lugansk governor Gaiday on Sunday, adding that by attacking the bridges, Russian forces wanted to cut off the city completely.

“Most likely, today or tomorrow, they will throw all reserves to capture the city and also possibly in other directions to cut and fully control the road” southwest to Bakhmut.
He said the Russians were shelling the Azot chemical plant, where about 800 civilians have taken refuge in bunkers, according to the tycoon whose company owns the facility.

However Leonid Pasechnik, leader of pro-Russian separatists in the Lugansk region, accused Ukrainian battalions of shelling Severodonetsk from the plant.

He told reporters pro-Russian forces were not pressing aggressively “because it is a chemical industry facility”, warning of the risk of “an environmental catastrophe”.
“We will achieve our goal in any case, we will liberate the industrial zone, Severodonetsk, any way. And in any case, Lysychansk will be ours.”

Moscow claims it invaded Ukraine to protect residents of eastern breakaway regions and to “demilitarise and de-Nazify” the country, a stance flatly rejected by Kyiv.

A child is seen standing on a deserted street in Soledar, a town in the Donetsk region, counting about 11,000 inhabitants before the war. Source: Getty / SOPA Images/SOPA Images/LightRocket via Gett

Alongside the physical fighting, the war is being played out through the courts.
Pro-Moscow separatist authorities in the Donetsk region this week sentenced to death two Britons and a Moroccan for fighting with Kyiv.
The sentences sparked outrage in Western countries, but separatist Donetsk leader Denis Pushilin said Sunday he would not alter them.

“They came to Ukraine to kill civilians for money,” he told reporters in the Russian-controlled port of Mariupol, calling the punishment “perfectly fair”.

The families of Britons Aiden Aslin and Shaun Pinner say they have been living in Ukraine since 2018.
For their part, Ukrainian courts have handed three Russian soldiers long prison sentences at war crimes trials since the invasion.

In an escalating diplomatic and economic battle, the West has sought to punish Moscow with sanctions, causing major brands to leave the country, among them US fast-food chain McDonald’s.

First customers pose for a photograph after eating from the new fast-food restaurant that came as a substitute for McDonald’s on the Pushkinskaya Square in Moscow. Source: AAP / SOPA Images/Sipa USA

The restaurant that launched Mcdonald’s in Russia in 1990, heralding Moscow’s opening up after decades of Soviet rule, reopened Sunday with a new name and logo.

In Moscow’s Pushkin Square, dozens of people gathered outside the revamped venue, named “Vkusno i tochka” (“Delicious. Full Stop”), before it even opened.
“My whole family went… three times to McDonald’s for a farewell meal,” Elena, a programmer and mother-of-two, told AFP.

“Now we’re going for a reunion lunch,” she smiled.